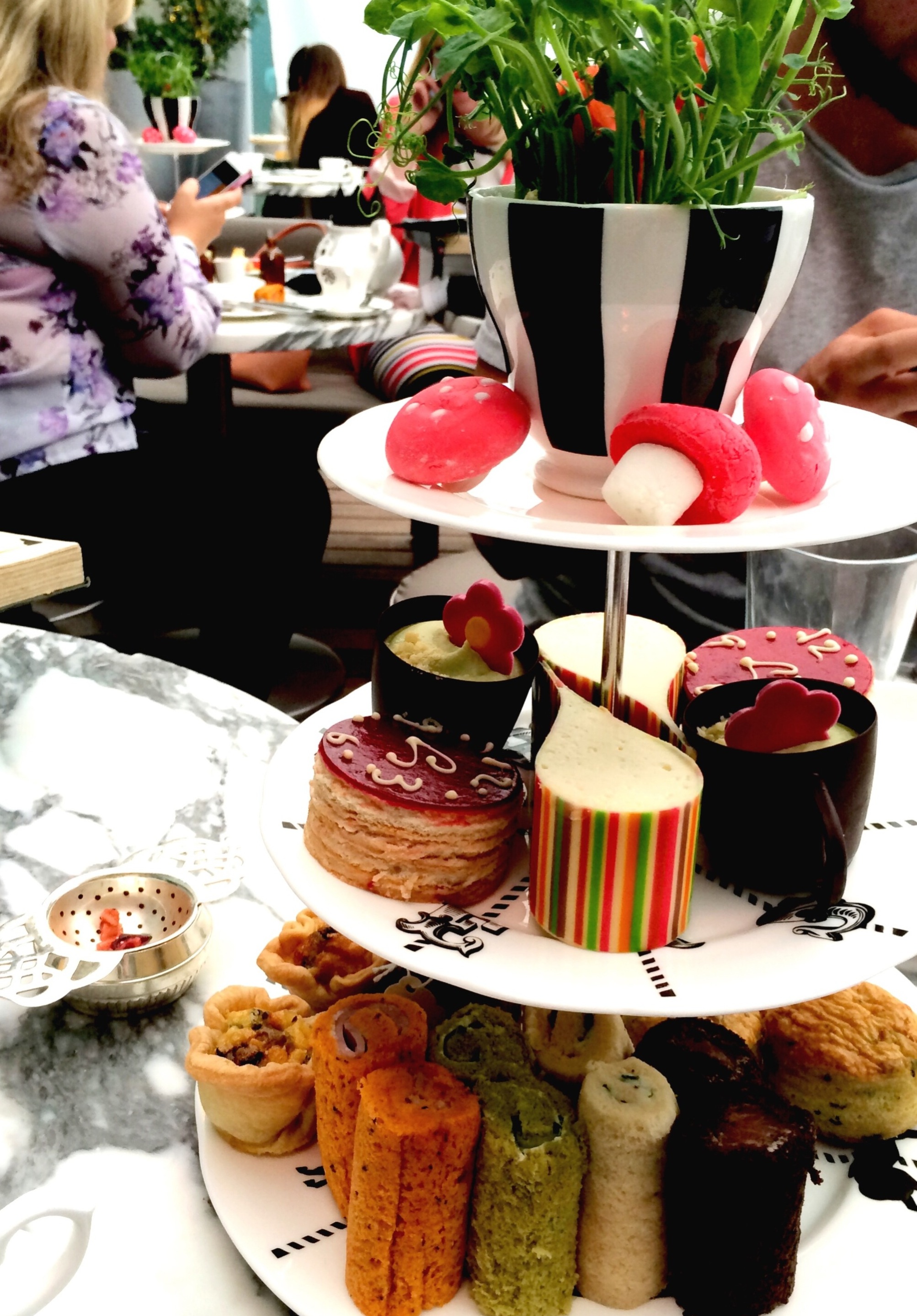 Afternoon tea at the Sanderson Hotel is afternoon tea, but with a twist. The whole thing is themed around Alice in Wonderland – the food, tea, and even the teapots. It is pretty special, as well as being absolutely delicious! Everything is really tasty and looks great. The theme adds an extra layer of fun to the traditional afternoon tea. 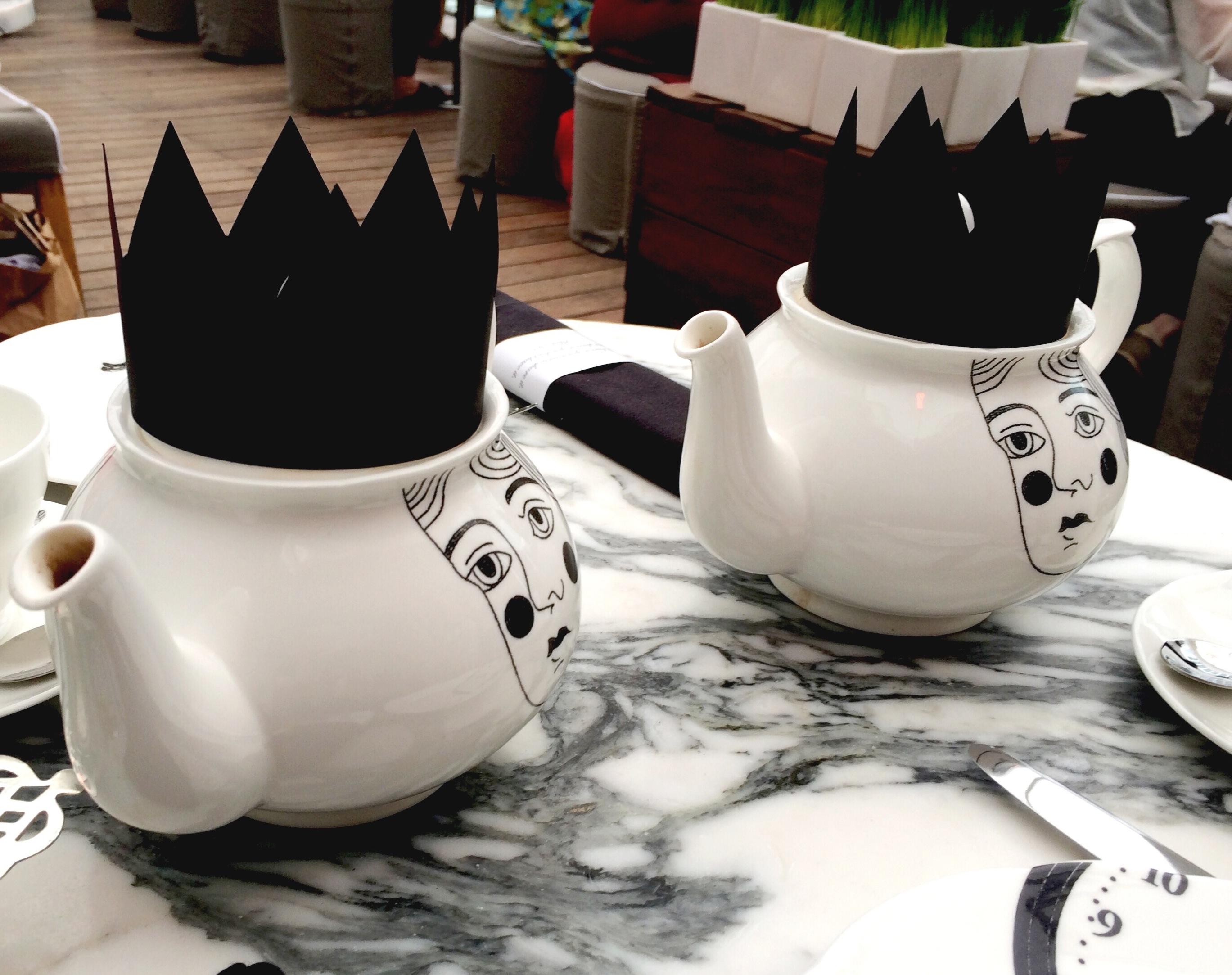 The menu for afternoon tea at the Sanderson Hotel is printed in an old copy of the book: 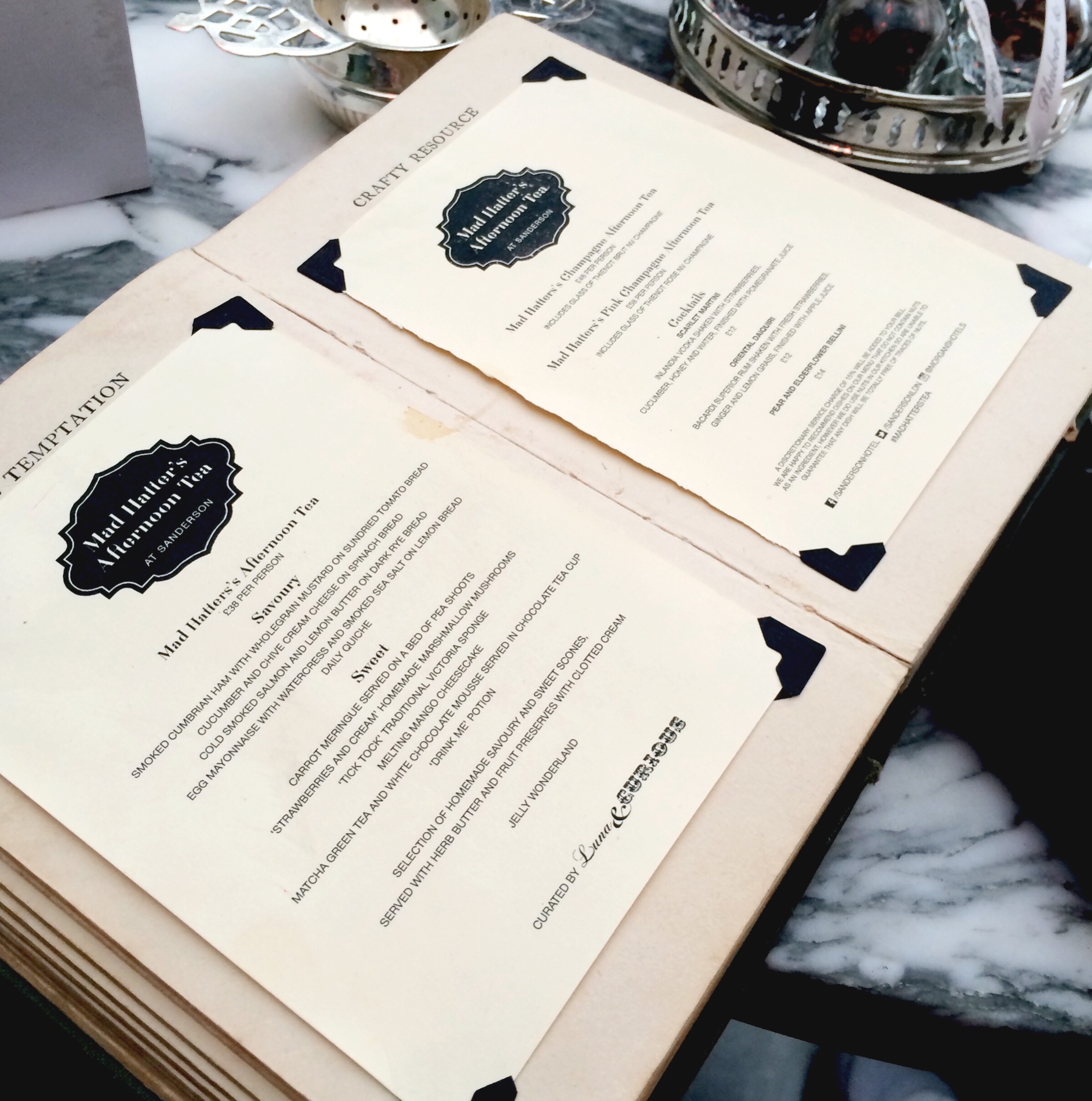 The sugar is hidden in an old ballerina jewellery box (who else had one of these when they were younger?) 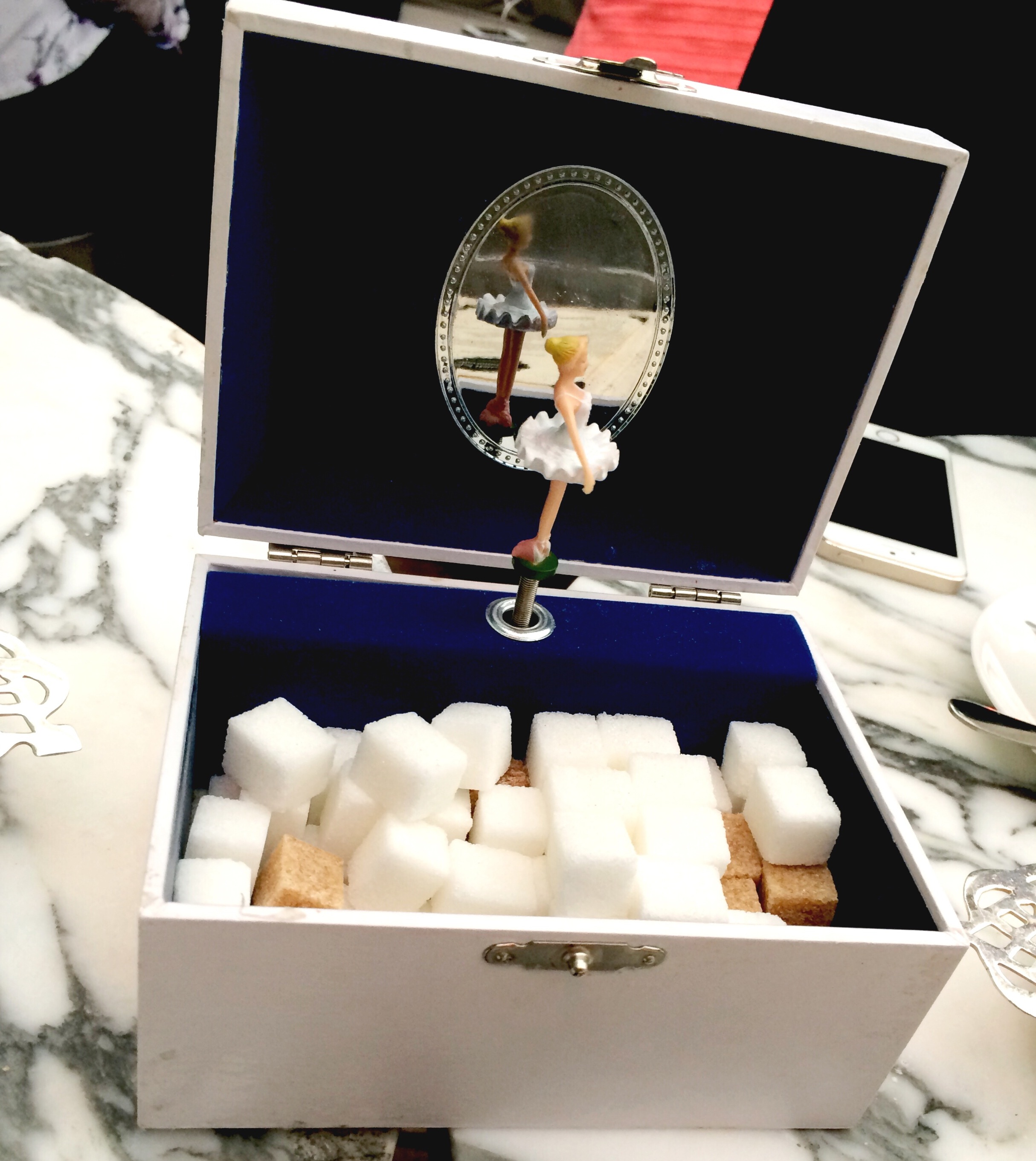 And the Alice-themed cakes were pretty amazing. Especially for someone with a pregnancy-induced sweet tooth. 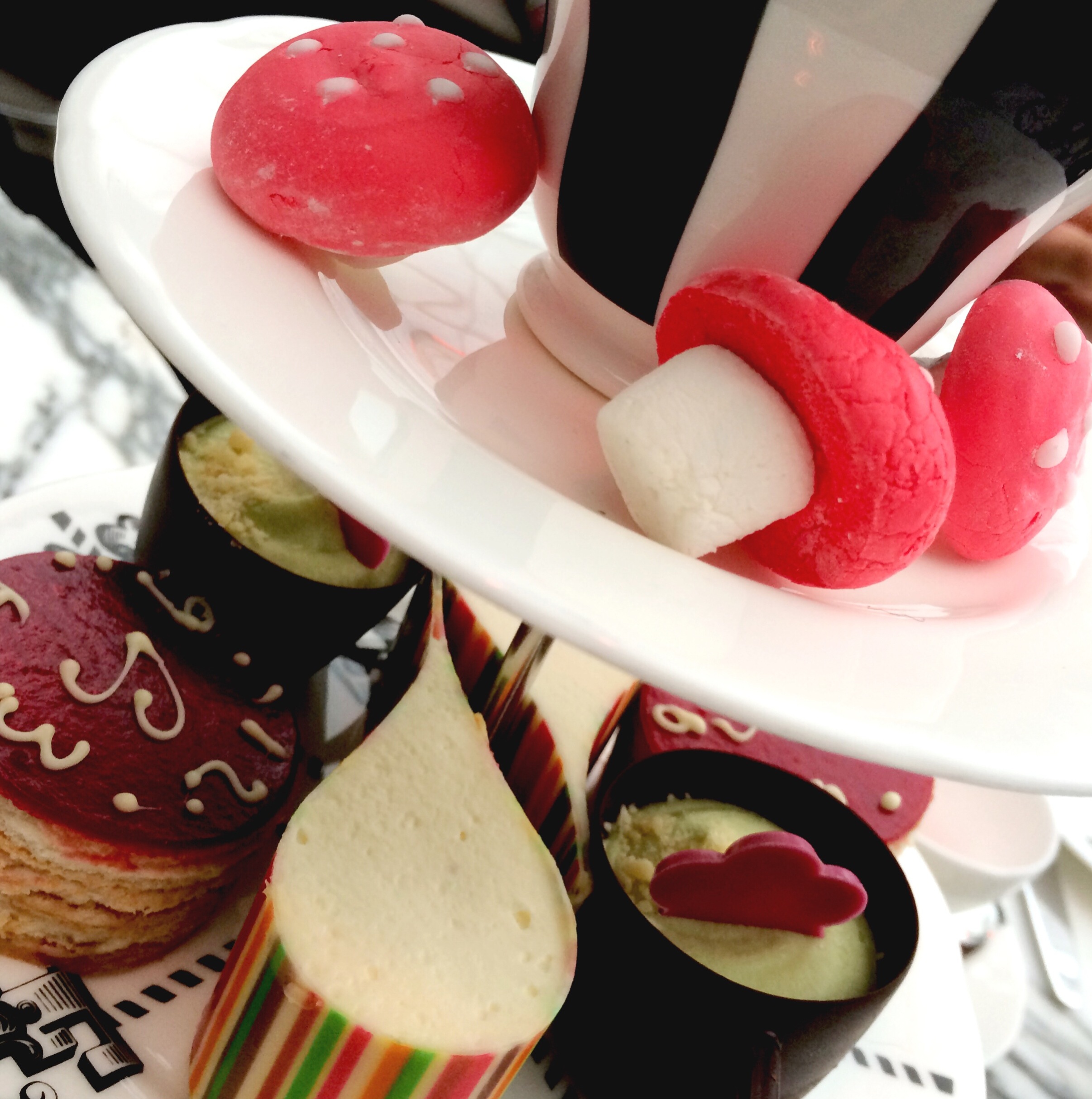 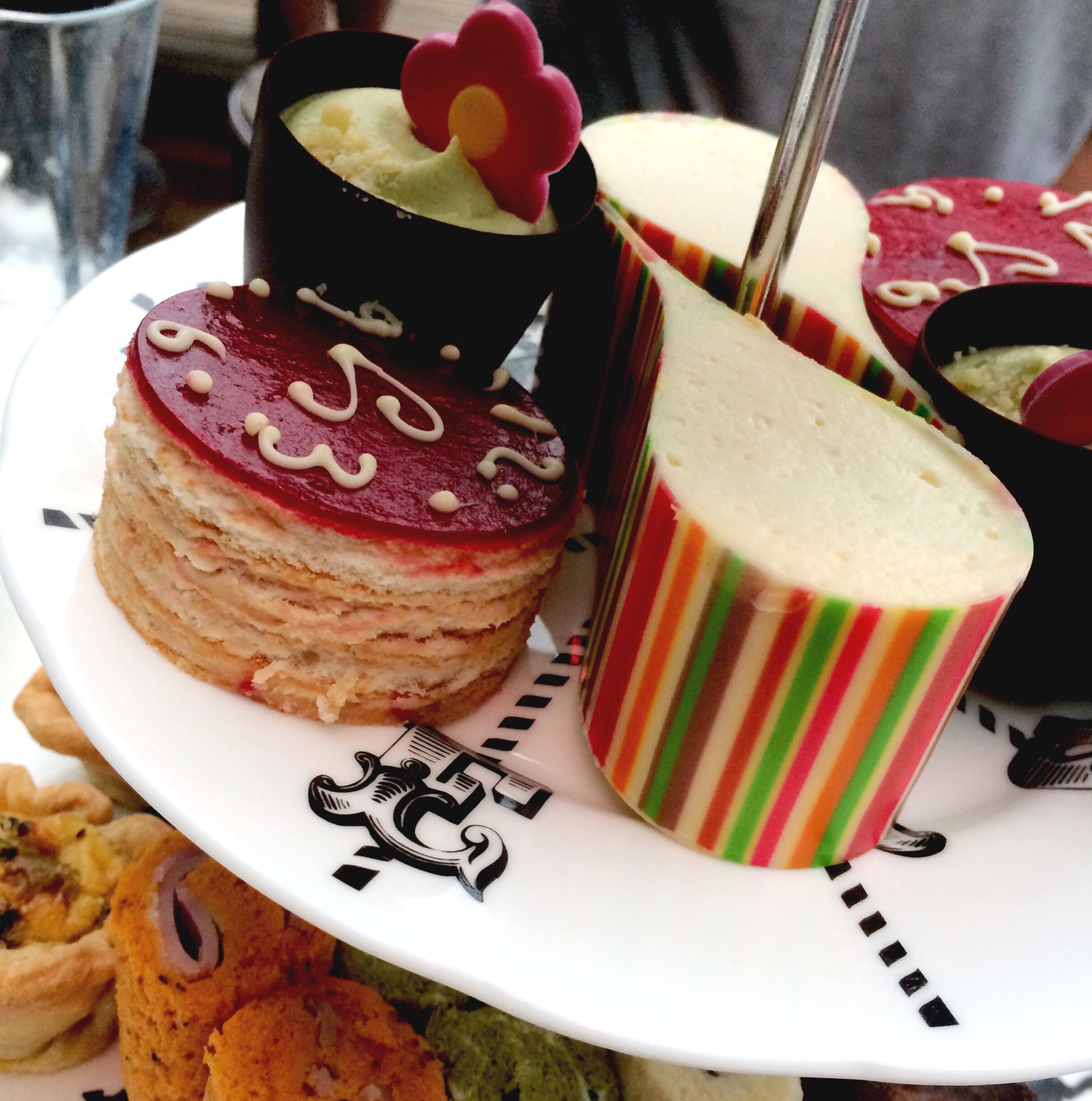 Afternoon tea at The Sanderson is probably a grown-up equivalent of Eliza’s bus rides and babyccinos, isn’t it? I would say if you’re taking children then the older the better (my two-year-old enjoyed the cakes but got bored of sitting down within about five minutes and just wanted to run around as usual). Or better still, just go with friends and have champagne too.

And ah, The Sanderson. It made me really want to sit at the bar drinking one too many cocktails while trying not to fall over. 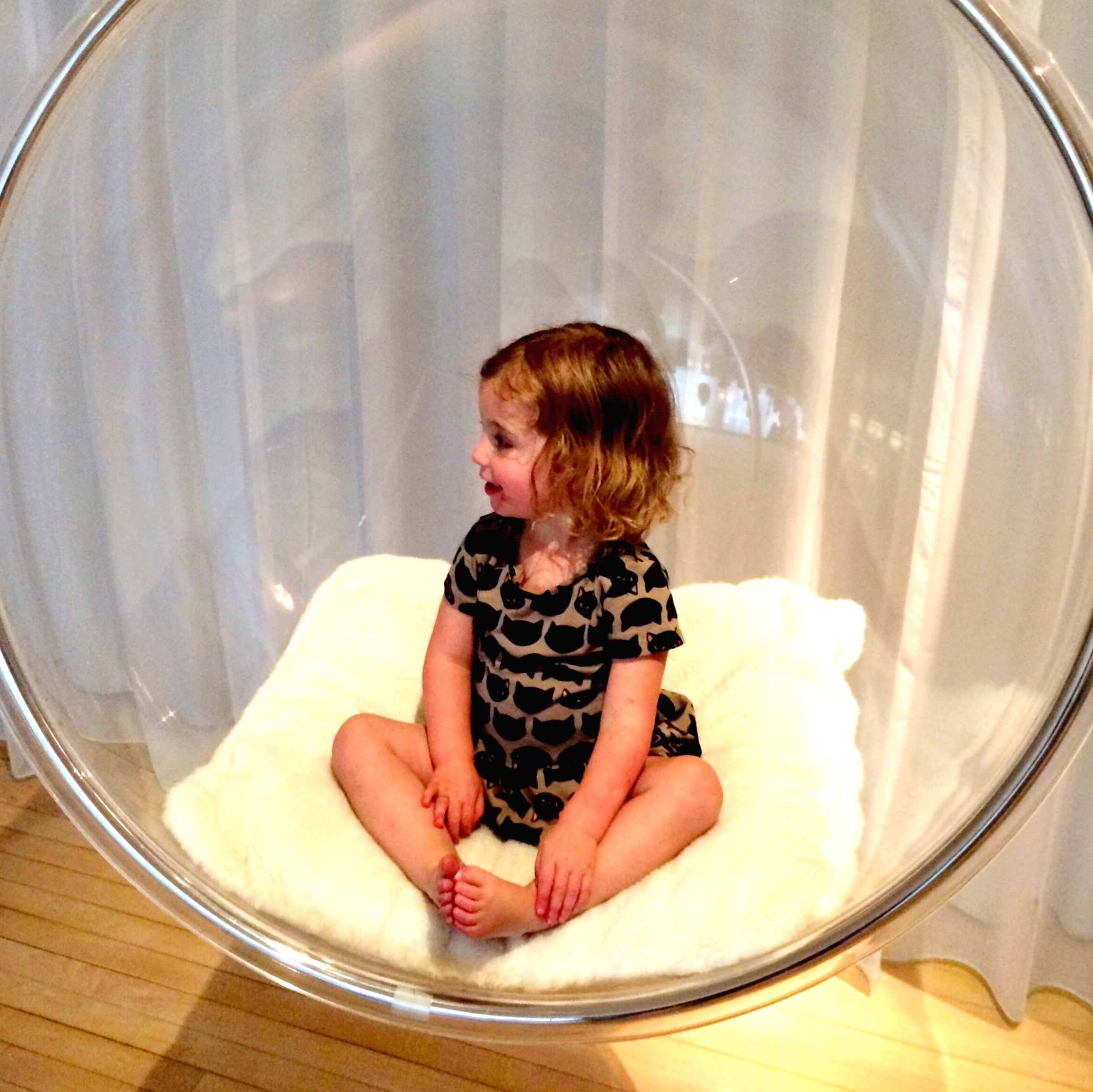 We settled for several laps of the foyer and a sit in all of the chairs instead. 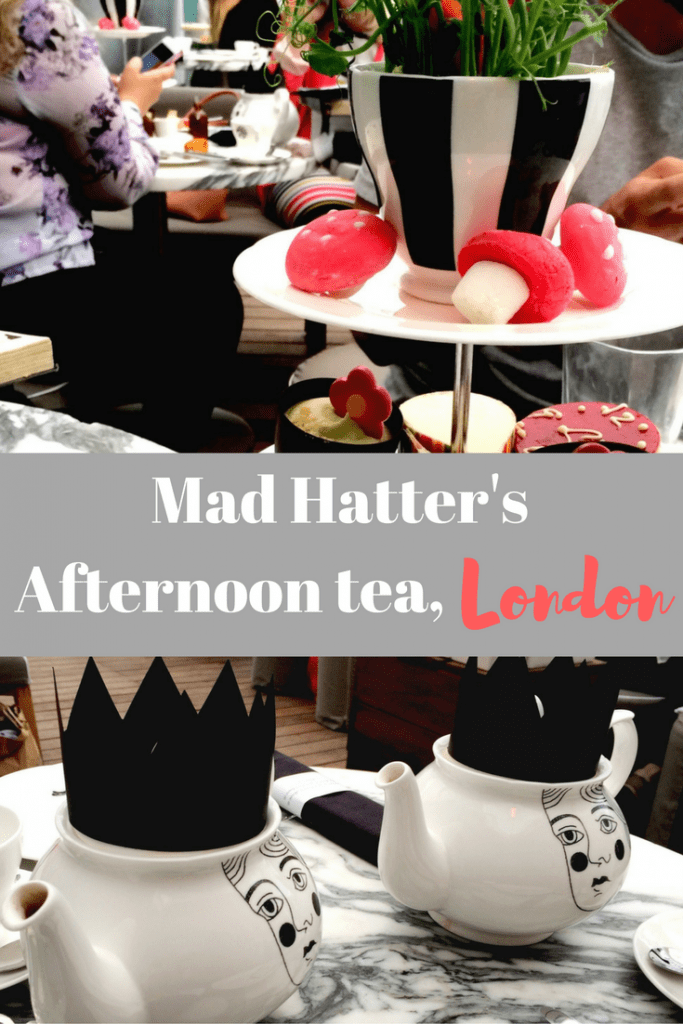 Find out more info about afternoon tea at The Sanderson Hotel here. More posts on London…our favourite the best London parks for children and how to use public transport in London with a pram and The Science Museum, London