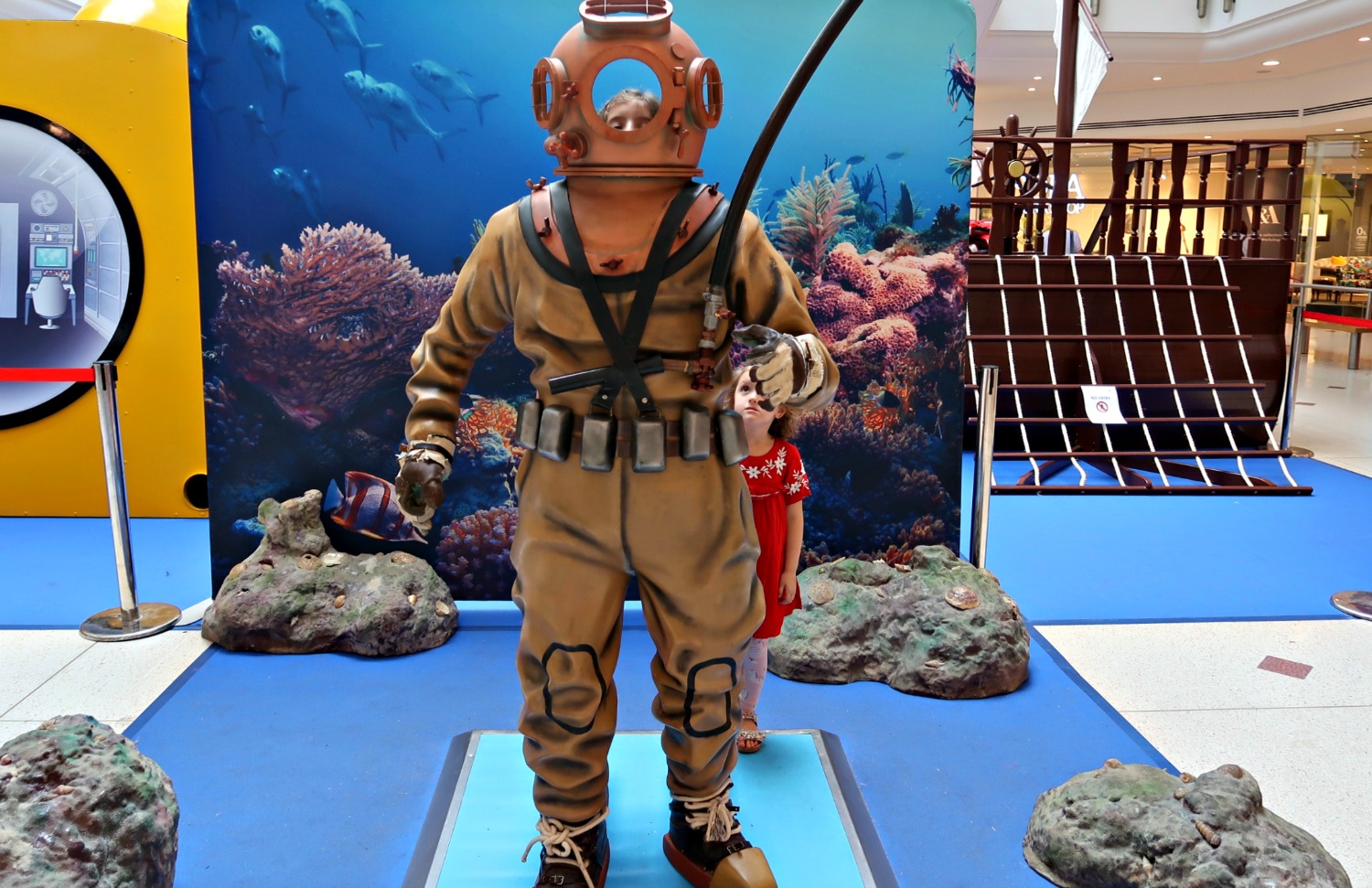 You, Me and The Sea at The Glades, Bromley – a brilliant free event for children

This is a sponsored post…If you’re looking for free summer holiday activities, then you should check out You, Me and the Sea at The Glades in Bromley…here’s what we thought and a good place to go for lunch after

Are you a summer holiday activity planner, or do you just wing it? I tend to be a bit of both, with some things planned but with lots of relaxing pyjama days in between. However, with two children at home this summer I’m always on the lookout for activities that appeal to everyone and will also kill lots of time – and as summer can be expensive, if they’re free, then all the better.

We were invited along to try out You, Me and the Sea at The Glades, Bromley – which is the new interactive summer holiday event for children taking place in Bromley’s shopping centre. However, we would have gone along anyway because E hasn’t stopped talking about the events from previous years (the award-winning Kids on the Moon and the doctor-themed Heads, Shoulders, Knees and Toes).

You, Me and The Sea follows a similar format to previous years but with a nautical theme. It all takes place on an island set in the middle of the shopping centre, with interactive activity stations and items like giant diving suits dotted around. Groups of children (the sailors, dressed in life jackets) are led around by the captains, and learn all about the sea along with songs, dancing and lots of facts about fish, the ocean, and people who’ve explored it.

There’s also a pirate ship and a giant yellow submarine (more on this later).

Here’s what you need to know about You, Me and the Sea:

The event is suitable for ages 5-10 (although F is not-quite-but-very-nearly 5 and she was allowed as E was going along too). The children are taken round in groups of around 10.

It all takes place on the lower mall level of The Glades, near M&S.

You need to book your time slot in advance online here.

The whole event takes about 45-50 minutes. Parents can drop children off or wait around.

It runs each weekday until 30th August, and there are different time slots throughout the day.

And yes, it’s all free – and the children get a certificate at the end.

Here’s what we all thought of You, Me and the Sea and the best bits for parents and children:

You, Me and the Sea – the best bits for parents

It’s local so you don’t have to go far, and as it takes place in The Glades you can nip off for a coffee or go to slink around the shops for a bit (you can also hang around to watch if you want and there’s a seating area).

It’s fun for children and also a sneaky way of them learning lots of fishy facts. I also liked that there was such a strong focus on the environment and how children can help to stop plastic litter in the ocean.

You, Me and The Sea – the best bits for children

They liked the big diving suit and the ship but their favourite part was GOING IN THE SUBMARINE at the end (I won’t spoil it for you, but it involved clearing the ocean of litter and also the Titanic).

They also liked dressing up in the life jackets…

As well as having a certificate at the end.

Where to go to eat in The Glades after You, Me and the Sea

If your children are anything like mine they will be constantly hungry, so we’re always on the lookout for good places for lunch. We often go to The Glades at weekends, and there are lots of different places to eat.

We usually end up having lunch on the Restaurant Terrace, which also has a handy park and playground nearby for running around in after.

This time we went to Byron, which is one of the places that suits everyone – it’s really child friendly, but good for adults, too (plus I love the industrial look and would happily move in).

Byron have a special Mini Byron summer menu for children, where a main, side and drink is £6.50. The paper menu also has summer themed activities and colouring (any restaurant that gives you crayons will always hold a special place in my heart).

Both girls went for chicken goujons – of course – but the real winner was the child-sized Oreo milkshakes, which they loved.

Prices for the adults menu start at around £8 for burgers. I had the classic cheese burger which was tasty and also the cheese fries which were amazing (what is the magical cheese they use for those?).

Let me know if you go!

Thanks to The Glades for working with us on this post. More fun things to do in London – the best parks in south east London and five great London museums