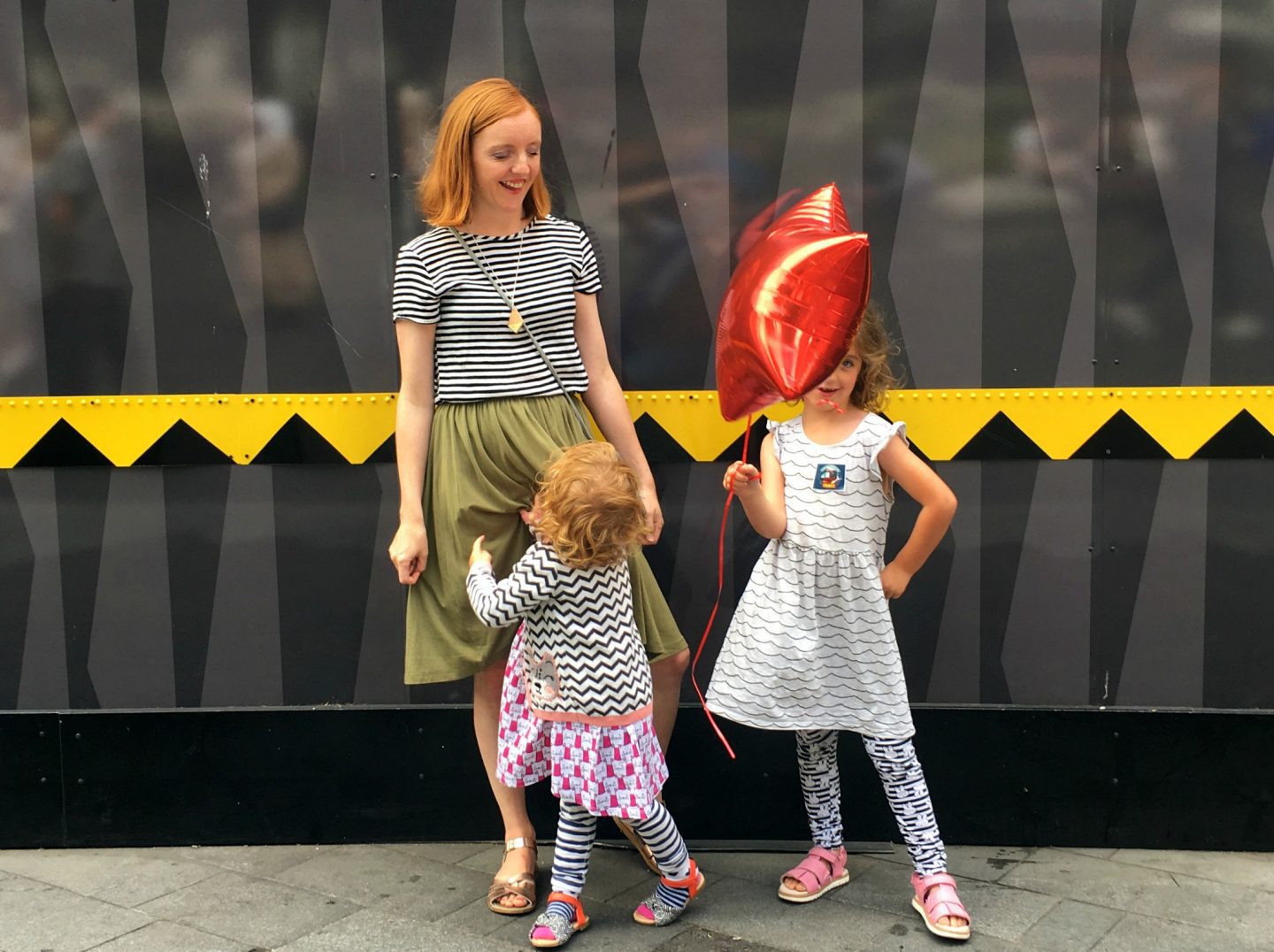 I can’t believe there’s only about two weeks left; how’s it all going?

Despite the predictably terrible weather I have loved us all being around, especially with the joys of with no structure or school runs. Although it is quite tiring being a referee and snack fetcher and constant Barbie hairdresser…and repeat…

As everyone was just exhausted at the end of term – me included! – our default summer mode has been to do as little as humanly possible (when I had both children at home we had several fail-safe favourite wastes of time and they still serve us well now, especially the park and the shop).

But we have had some more exciting things thrown into the mix. So if you’re running out of new ideas to fill the time, here’s some activity inspiration if you need it, with a few things we’ve done and some new things we’ve been sent. So why not…

Take a trip to the moon – One for all the south-east Londoners, did you know your child can train to be astronaut this summer? 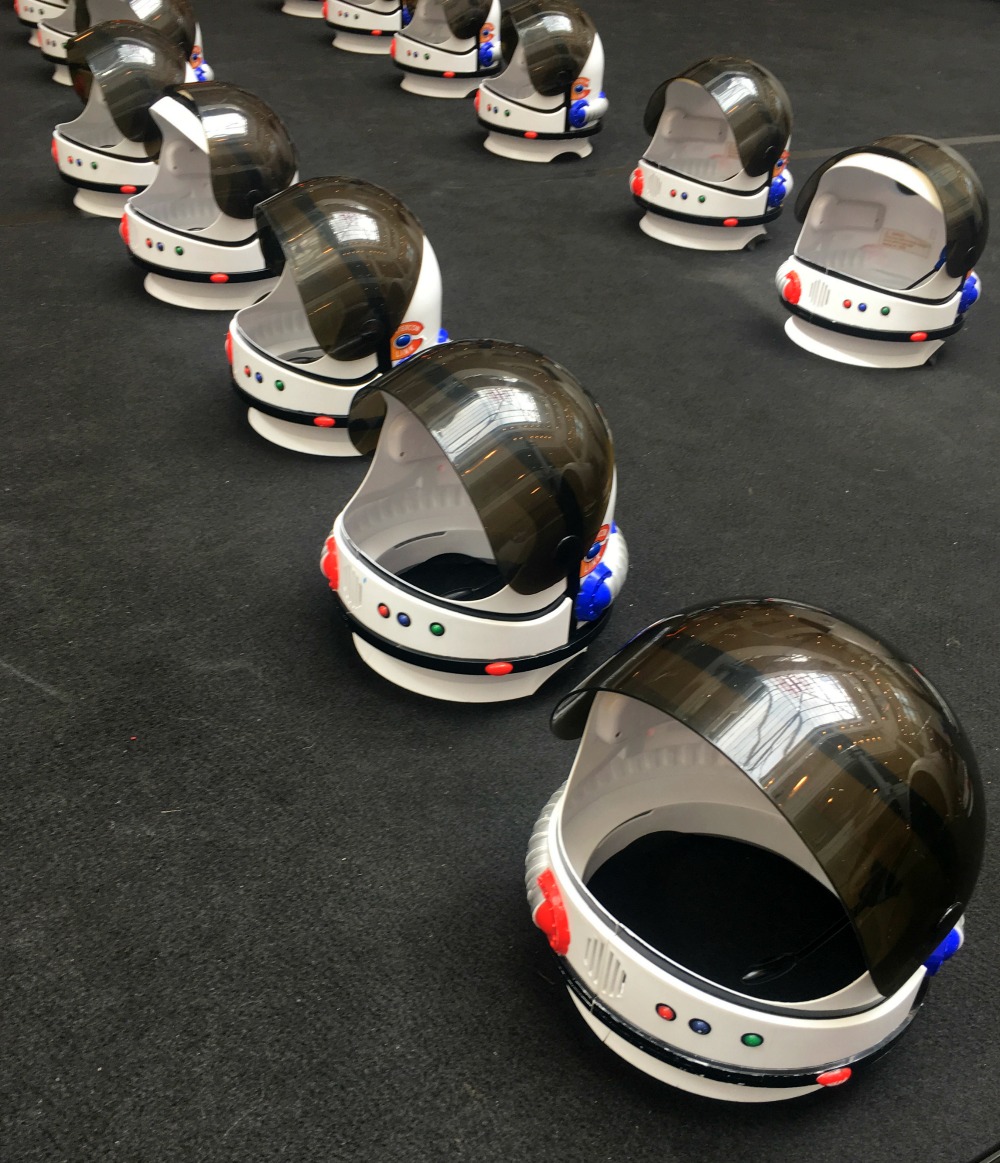 Taking place at The Glades in Bromley is an interactive space exhibition where children learn about space life as an astronaut, even getting to dress up in space suits and helmets to try out a moon walk. Once they’ve completed the ‘training’ – which takes an hour, so you can easily nip off to Zara – they even get a certificate. 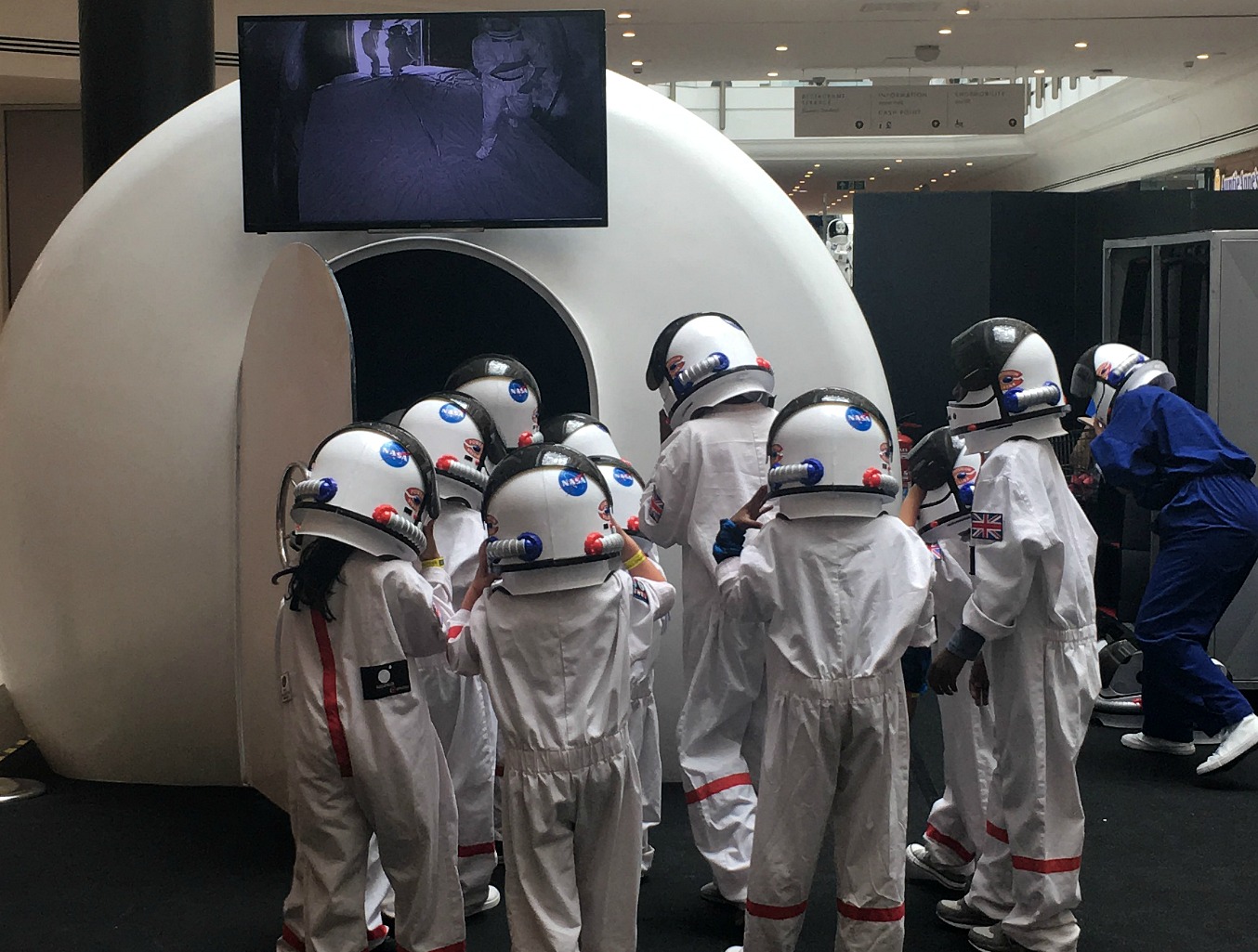 It’s all free, you just need to book online here (it’s suitable for 5+ so not one for the younger ones, although there’s are space-themed displays anyone can look at). We went for lunch after at the newish Bromley restaurant terrace, which has the uber child-friendly Giraffe, Wagamama and Byron, among others, as well as close proximity to another park.

Go to the library – Nothing gives me a big dose of nostalgia like the library, my childhood spiritual home. So I’m totally emotional about E taking part in the summer reading challenge for the first time this year (it has an ‘Animal Agent’ theme where they read six books to get stickers to solve a mystery). 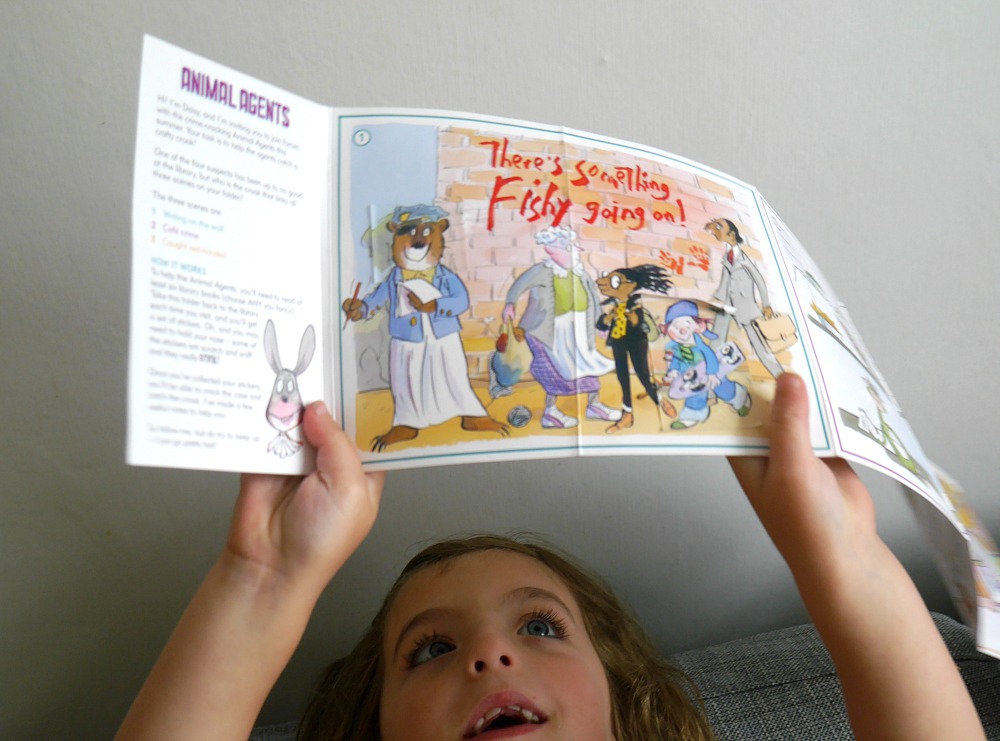 It’s a great place to look for children’s activities; there’s also a whole load of library brilliance going on in ours this summer, from readings to Lego craft sessions. So we’ve spent a lot of time there so far. But the best thing of all? It’s all free. We love the library, make sure you love your library – or it will be turned into a gym or a wine bar *angry face*

Go somewhere new – We are as guilty as anyone of only going to the same places, especially in London. In a bit to inspire us we were sent the new book Family London by Jimi Famurewa, which is a guide to fun days out in and around the city for children and families. It’s split into sections – parks, museums, eating and so on – and has so many brilliant suggestions for non-terrible touristy things and off-the-beaten-track suggestions everyone will actually all enjoy doing (the book looks and feels great, too – we love the photos). It’s aimed at people who know and love London as much as people who’ve never visited. 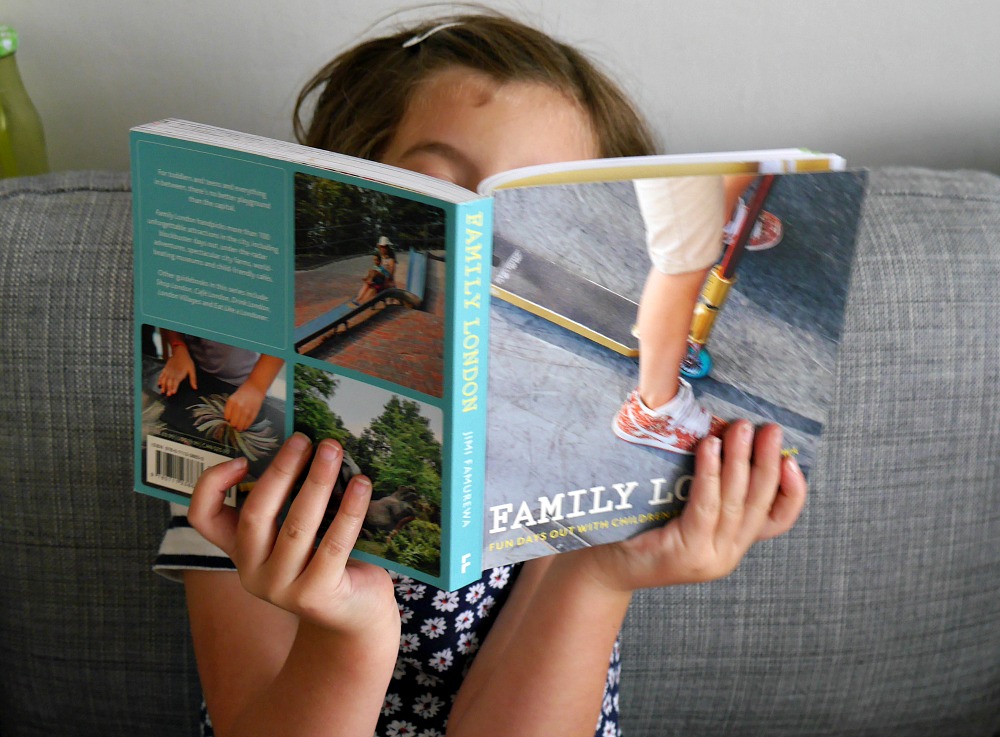 As well as lots of our favourites (Horniman Museum, Science Museum and so on) there’s lot of places we’ve not yet been and have added to our list.

This has actually been a useful book in more ways than one as it’s kept both children occupied for a long time while reading it and deciding where they want to go next. 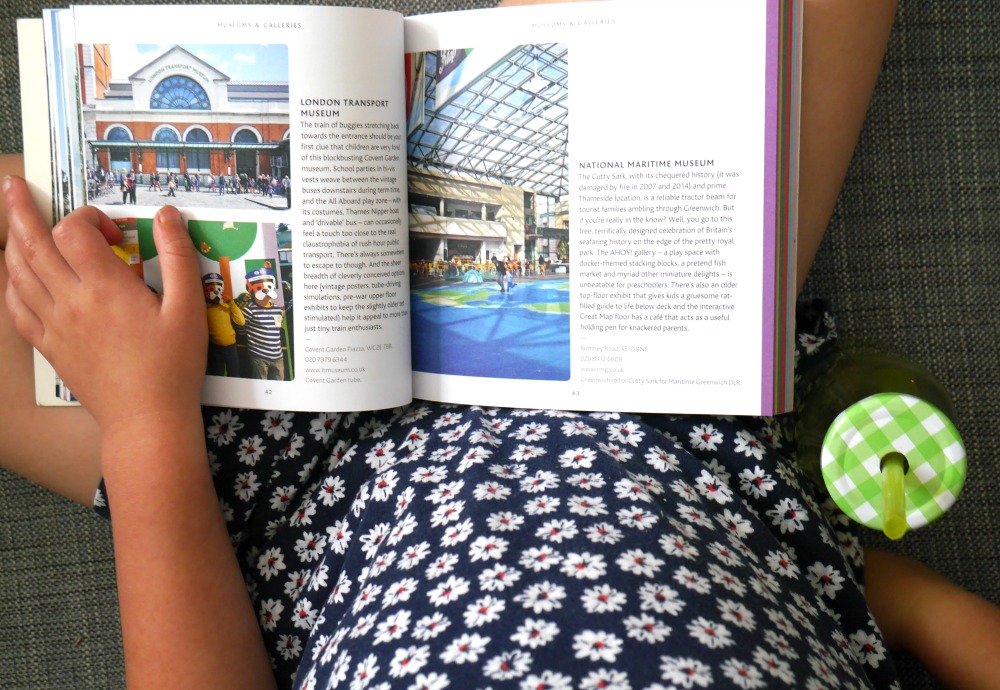 Try something new – Inspired by the Family London book, I asked E what new thing she wanted to do and her answer was to go to a pottery cafe, which is one of the suggestions she loved reading about. 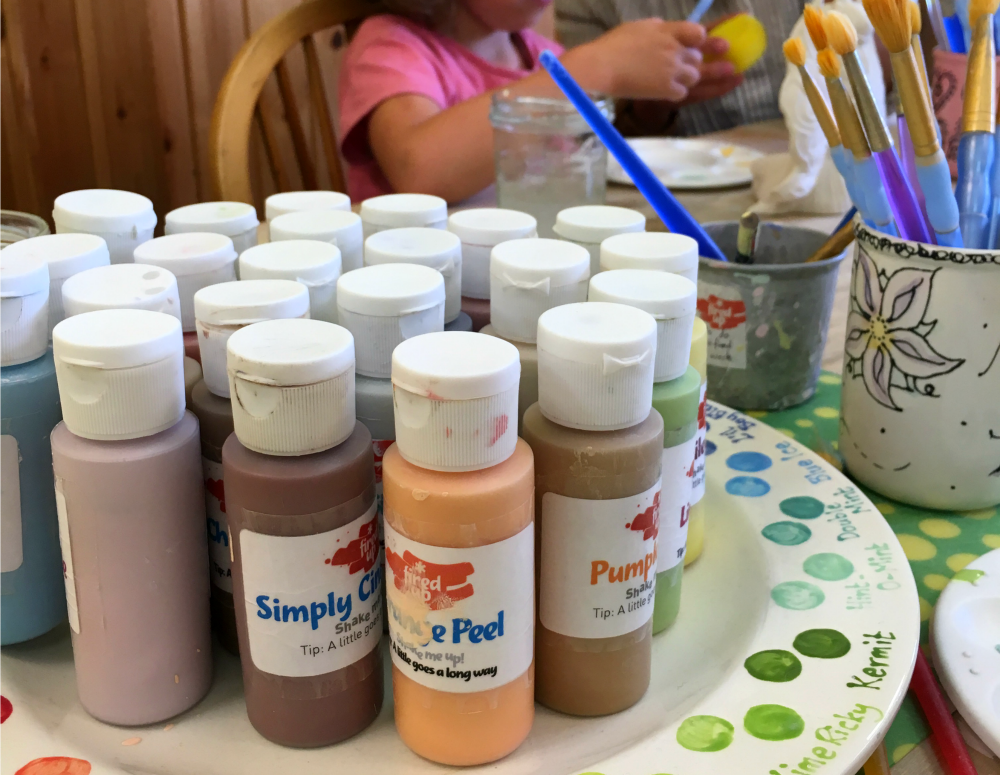 The nearest one to us is Fired Up in Petts Wood (although I’m sure there are lots around). If you’ve ever seen the episode of Topsy and Tim where they go to a pottery cafe I’m sure you’ll know the concept – you buy from a selection of plain pottery items and then paint them as you wish. It’s then fired in the kiln and you pick it up a week later. Both my children loved this, although one’s painting was slightly neater than the splodge-happy other.

Watch a film at the cinema – Screen time, but in a different environment out of the house! What’s not to love? After a disastrous trip to see Beauty and The Beast recently I’d been scared off the cinema, which is silly as both my children love it with the right film – and cinemas always seem to have holiday films on. 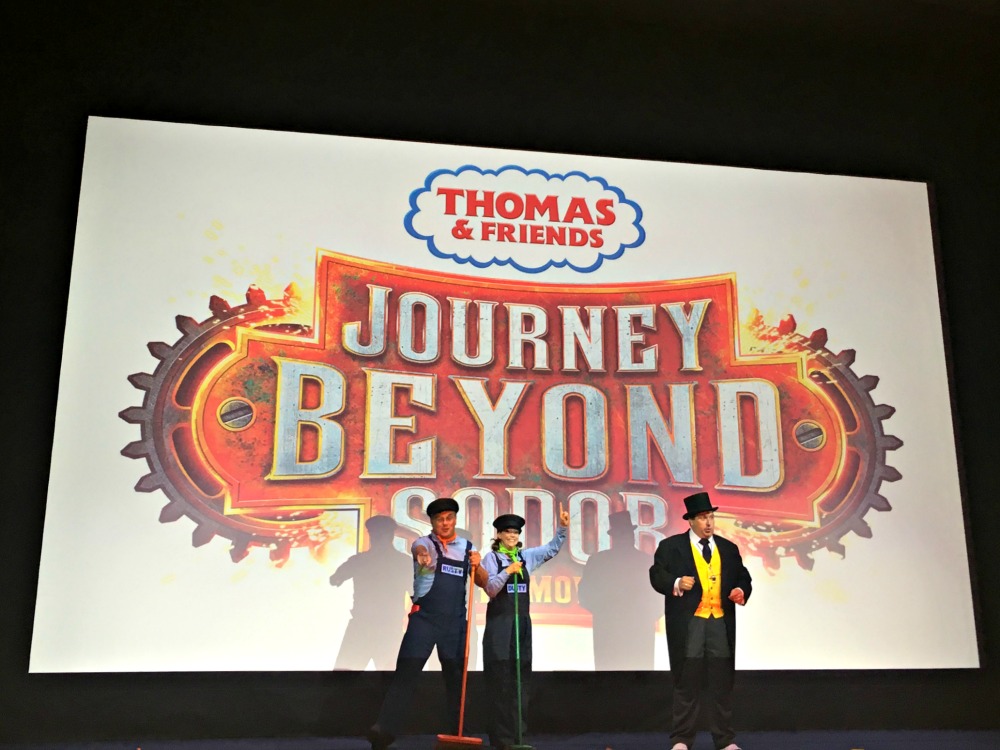 Last week we were invited to a sneak preview of the new Thomas The Tank Engine film, Journey Beyond Sodor. (Thomas wants to venture far but goes a bit too far and gets into some predictable peril. There’s lots of messages about teamwork and some catchy songs). It’s a good option for all TTTE fans, and their older siblings and one of the great ways to waste time this summer.

We were sent the Family London book and voucher for lunch at The Glades…Here’s some more things to do in London…how to spend 24 hours in London, the Natural History Museum and our favourite London parks