School has now officially broken up for the summer, woohoo! Are you going away? It’s predicted to be one of the busiest travel times of the year, with thousands of families making a break for it. 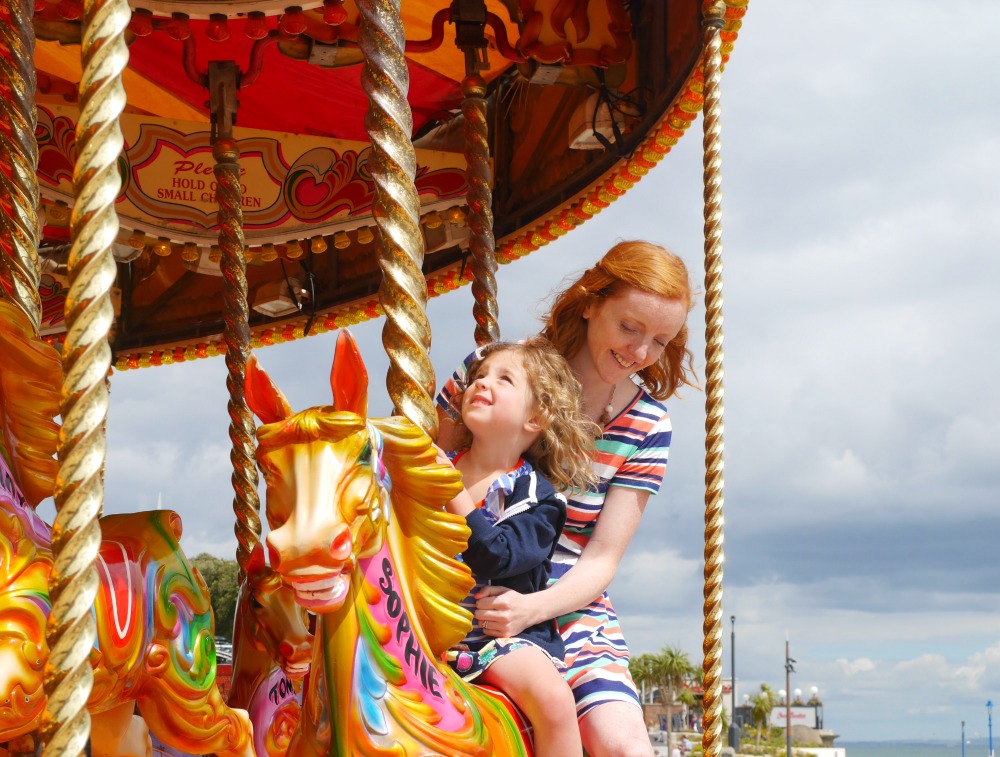 We are off in a couple of days to the good old English seaside – fingers crossed on the weather – and after several recent nightmare car journeys involving one or both children screaming at the top of their lungs for the entire journey home (due to hating the car seat / wanting to get out / wanting to breastfeed / all of the above) I’m pretty glad we’re going by train this time. 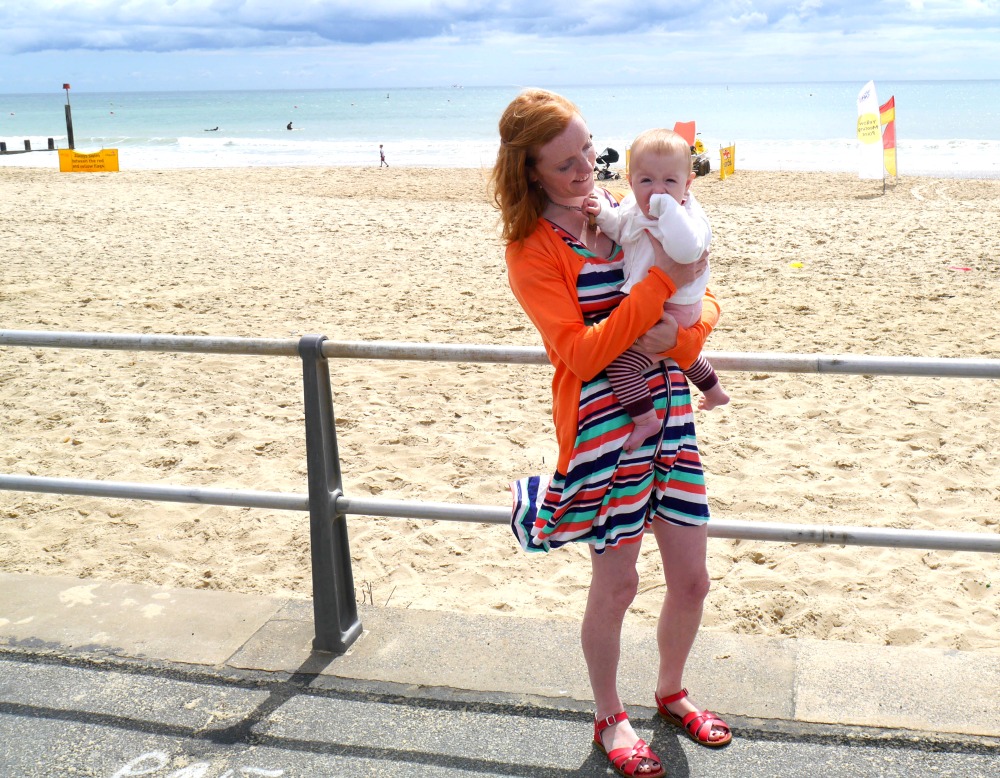 As both sets of grandparents live in opposite ends of the country to us and we’ve still not got round to buying a car, we travel by train a lot. As babies, both of my children would instantly fall asleep on the train, meaning we could actually just sit and relax which is always a novelty when you’re a new mum (the photos are from baby Florence’s first holiday in the UK, and we have fond memories of her either being asleep on the train or hypnotised by the view out of the window).

It seems we’re on to a winner with train travel, as new research by Virgin Trains found almost half of families have argued in the car in the past week alone, a third of parents have had to abandon their family trips altogether due to arguments and quarter of parents believe their family has more arguments in the car over any other transport. Having grown up with two brothers and all of us squished into the back seat in an era before iPads, this strikes a chord.

Virgin Trains spoke to over 2000 parents and found the biggest ‘cargument’ triggers for British parents included who gets to sit where, what music is played and whether windows should be down or up – sound familiar? – and 74 per cent of parents have felt frustrated at being stuck behind the wheel when it all kicks off.

Anyone with small children knows that travelling can be incredibly stressful at the best of times, but 62 per cent of families admitted arguments could have been avoided had they opted to travel by train.

So if this is enough to tempt you into a trip on the rails, here’s 15 tips for smooth travel by train with small children:

Book your tickets in advance: After years of trial and error, one way to get any holiday off to a stress-free start is for my husband to book the train tickets, because he’s the one that remembers to do it. By booking ahead with a railcard we always get good deals on tickets, too.

Virgin Trains’ summer fares include a one-way journey for a family of four from London to Leeds or Manchester for as little as £27.20 and £37.40 respectively if booked in advance with a family and friends railcard. There’s also an increase in the number of affordable fares on the Virgin Trains East Coast Route this summer.

Reserve seats and get a table: Booking ahead also means booking seats and is one way to guarantee you are all sat together, with a table. And means no mad rush down the train elbowing people out of the way. 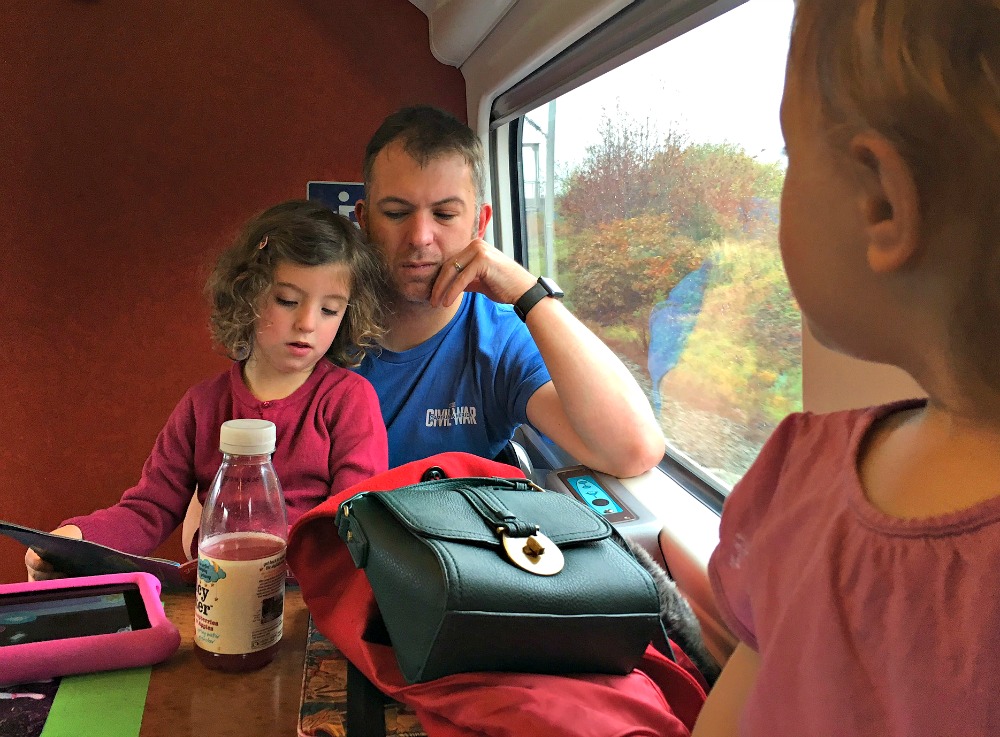 Pack lightly: One of the great advantages of going by car is that you can just shove everything in without having to carry it. However, going by train does mean you learn to pack like a pro. Make sure this doesn’t mean a million outfit changes for the children and only one for you though (something I foolishly did when the children were little when I inevitably had something spilt all over me in seconds).

Take as few bags as possible: As it’s less to carry and store. I also find a rucksack for a changing bag is really useful as they leave your hands free for getting everyone on and off the train.

But take a small bag for the children: We pack a small bag for each child with crayons, their tablet and a magazine in as well as small surprises. You will inevitably end up carrying this though.

Leave the pram, if you can: If they are very small then take them in a sling. But if not, then get a really portable pram that folds easily and compactly. (we have the Bugaboo Bee 5 which is great on public transport, but you can get transformer-like prams ones that will easily stack on the luggage rack).

Buy heavy things at your destination: Unless you are going to outer space, it’s likely there will be a shop somewhere for shampoo and shower gel.

Tablets are also your saviour: Remember to pack headphones so you don’t annoy other passengers. There’s also wifi on Virgin Trains for an extra bonus (meaning you can happily browse Facebook while they are hopefully asleep) as well as the Virgin Train Beam app which has access to films, entertainment and games.

Take snacks: Snacks are a great distraction, keep children occupied for ages and stop any potential hangry attacks. They will be opened in the train station though… 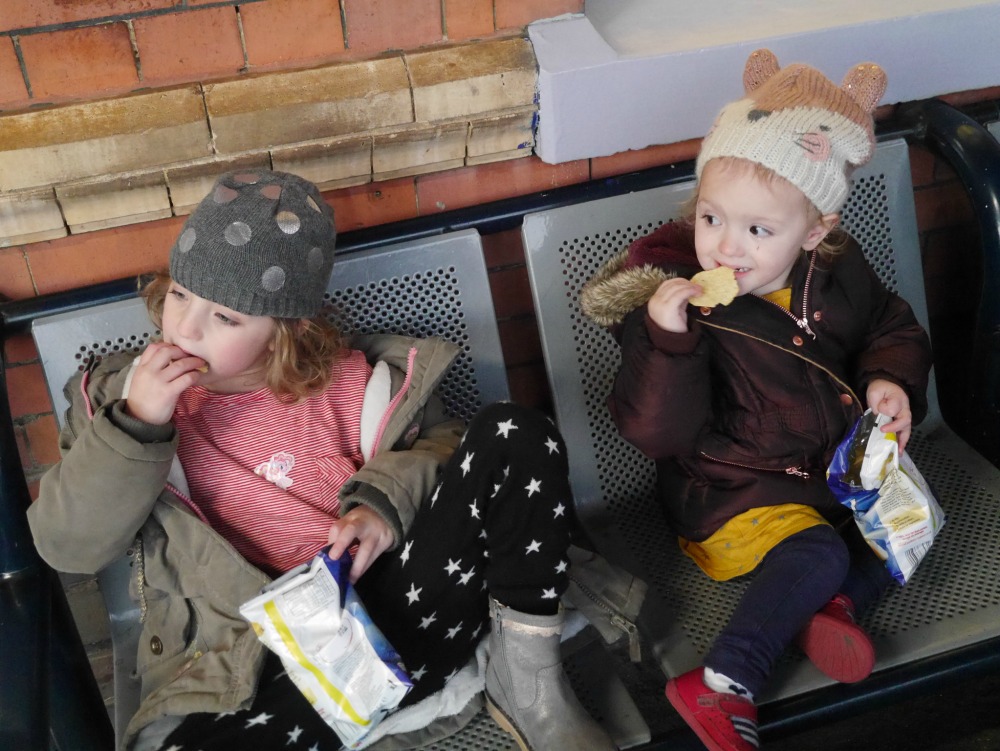 We also let them get a snack or drink from the buffet car as this is super-exciting when you’re little and also means they get to go for a walk.

Take as many distractions as you can for the journey: Books, crayons and some colouring sheets, magazines and stickers are all brilliant. This means less arguments as everyone is occupied.

Don’t take anything with small parts, though: They will go everywhere. There’s nothing more stressful than crawling under the seats looking for lost tiny things two seconds before you reach your station.

Keep everything harmonious: Stop everyone going stir-crazy by going on a walk up and down the train e.g. with a nicely timed buffet car trip. Swap seats to avoid arguments about who gets to look out of the window (this works for adults, too – there’s often one child who is the hardest work so we normally swap responsibilities half-way through).

Immediately identify your nearest loo: This helps in those need-to-go-right-now emergencies (having just potty trained this is one of the greatest advantages of why it really is better by train).

Do you argue a lot in the car? What are your best tips for stress-free travel by train this summer? 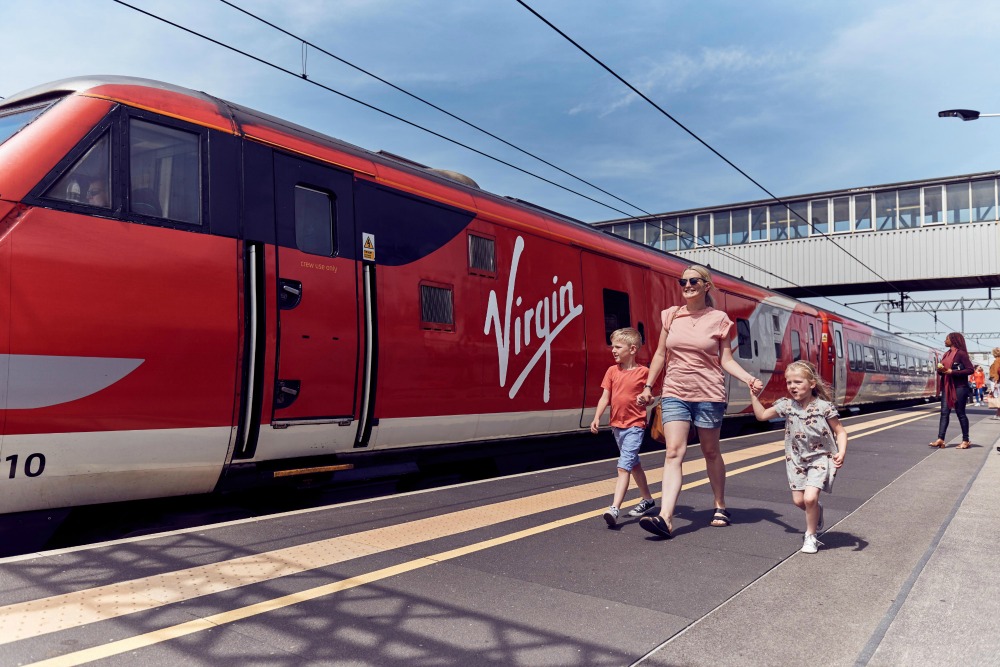 To help families tackle the season of ‘carguments’ and start their trip in a more relaxing and enjoyable way, Virgin Trains is launching a summer family promotion on its East Coast route, which includes offering 50 per cent off family travel on selected routes between August 7 and September 10, for journeys booked between July 31 and September 2 via www.virgintrainseastcoast.com/family-promo  with the code FM50.

On the West Coast, Virgin Trains’ family ticket is a super flexible, anytime Standard return that can be booked for as little as £99 for a journey from London to Manchester or Liverpool for a family of four. For more info and to book head to www.virgintrains.com.