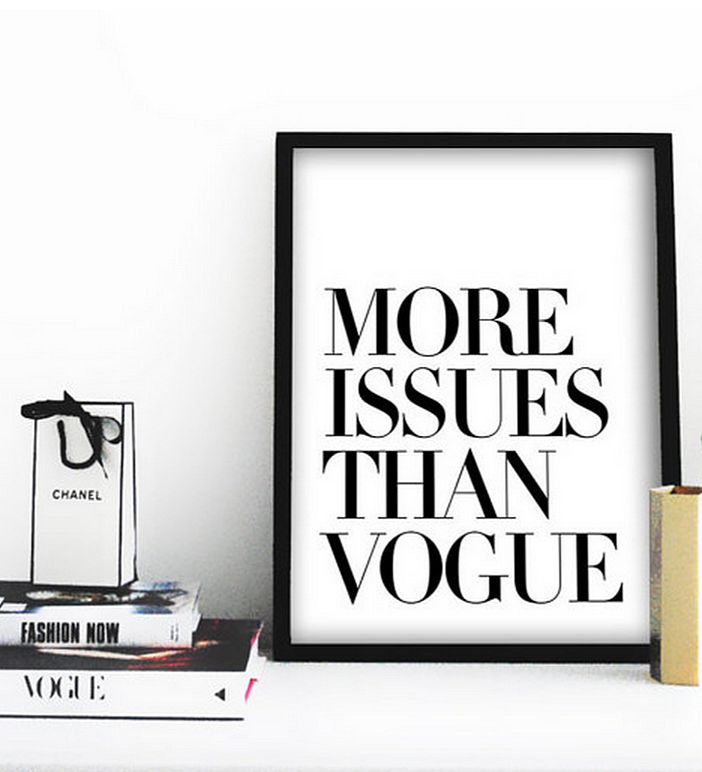 (More Issues than Vogue image and print via Etsy*)

Seeing all the photos, pictures and tweets from London Fashion Week has reminded me of my absolute favourite thing ever to watch on Netflix.Have you seen The September Issue? If not, watch it! It’s a brilliant documentary following the team at American Vogue magazine as they put together the legendary September issue (traditionally the largest and most important issue for advertisers and fashion). It features lots of editor Anna Wintour – and discussions about cover star Sienna Miller’s hair – but the real star is creative director Grace Coddington. It’s basically what The Devil Wears Prada was based on, but better.

I’ve seen it a couple of times, always start off thinking how ridiculous the fashion world is then get sucked right in.  Actually it’s raining today and Eliza’s at nursery  so I’m going to watch it again.

What’s your favourite stylish thing to watch? Another fashion-focused Netflix documentary to is Aging Beauty (a tip from Kat Got the Cream). And if you want more LFW here’s some street style from LFW and Poppy D’s updates and posts are always brilliant.

I’m a member of the Netflix Stream team, for which I was given an annual subscription and iPad to watch it on. More Netflix posts here, including things to watch when you have a new baby and the 20 stages of picking a film when you have children.