What to watch when you have a new baby 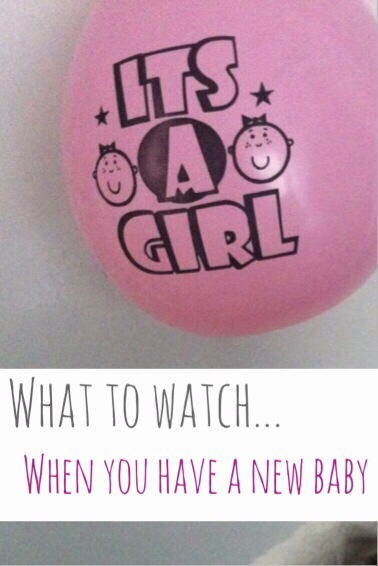 The early baby days after getting home from hospital seem manic, but you don’t really do much other than sit around staring at the baby, wait for the baby to wake up, feed, wait for the baby to sleep and so on. Alex and I were so tired and generally spaced out we didn’t really feel like playing chess or discussing weighty political concepts (*cough* still haven’t got round to those…)

There’s never anything on normal TV when you want there to be, is there? So this is where Netflix comes in handy – you need something that’s pre-recorded, as you’ll often stop it / start it / stop it / start it all day, and one or both of you is likely to fall asleep perched in your sofa nest. And box sets or whole series are perfect, as you just have so much time and can easily just watch another episode.

Here’s some ideas of what to watch:

The US Office
I LOVE the US Office. Or, The Office if you’re in America. Once you get past the first series that basically copies the UK one, it is so, so brilliant. We watched the entire thing over a couple of months. It’s also half an hour per episode, which is just about enough to cope with.

Orange is the New Black
Mentioning this one again because I’m still only three episodes into series one (I know!) and it seems like a good one to watch post-birth.

The Inbetweeners
One of my friends told me that since having a baby, she can’t focus on anything remotely dramatic or serious, so watches only comedies. Which I can kind of understand. The Inbetweeners, then, is perfect; is half an hour of pure brainless watching and can’t help to cheer you up.

24
You’ll have a lot of time – unlike Jack Bauer – so why not catch up on what he’s up to? It’s tense but not harrowing, and although you’ll need some attention span I’ve happily watched this without a clue what’s going on.

Other ideas
* House of Cards and The Thick of It. And this time round, because we have a toddler, we’ll undoubtedly be watching Bubble Guppies, Dora, Bug’s Life and Toy Story 3 too.

What not to watch at this point:
* Anything too intense or complicated; it’s a slightly surreal time anyway. So it’s probably best to watch Breaking Bad beforehand, or save it for a few month’s time…

‘Box sets to watch when you have a new baby’ should totally be a Netflix category, don’t you think?

And if you’re stuck for a present to buy new parents, a Netflix subscription would be a great idea.

Also; what to watch when you’re pregnant.

I’m a member of the Netflix Stream team, for which I was given a subscription and an iPad to watch it on. But we were massive fans anyway.

Netflixnew babytoddlerswhat to watch when you have a new baby