Star Wars Saturdays and the circular nature of parenting 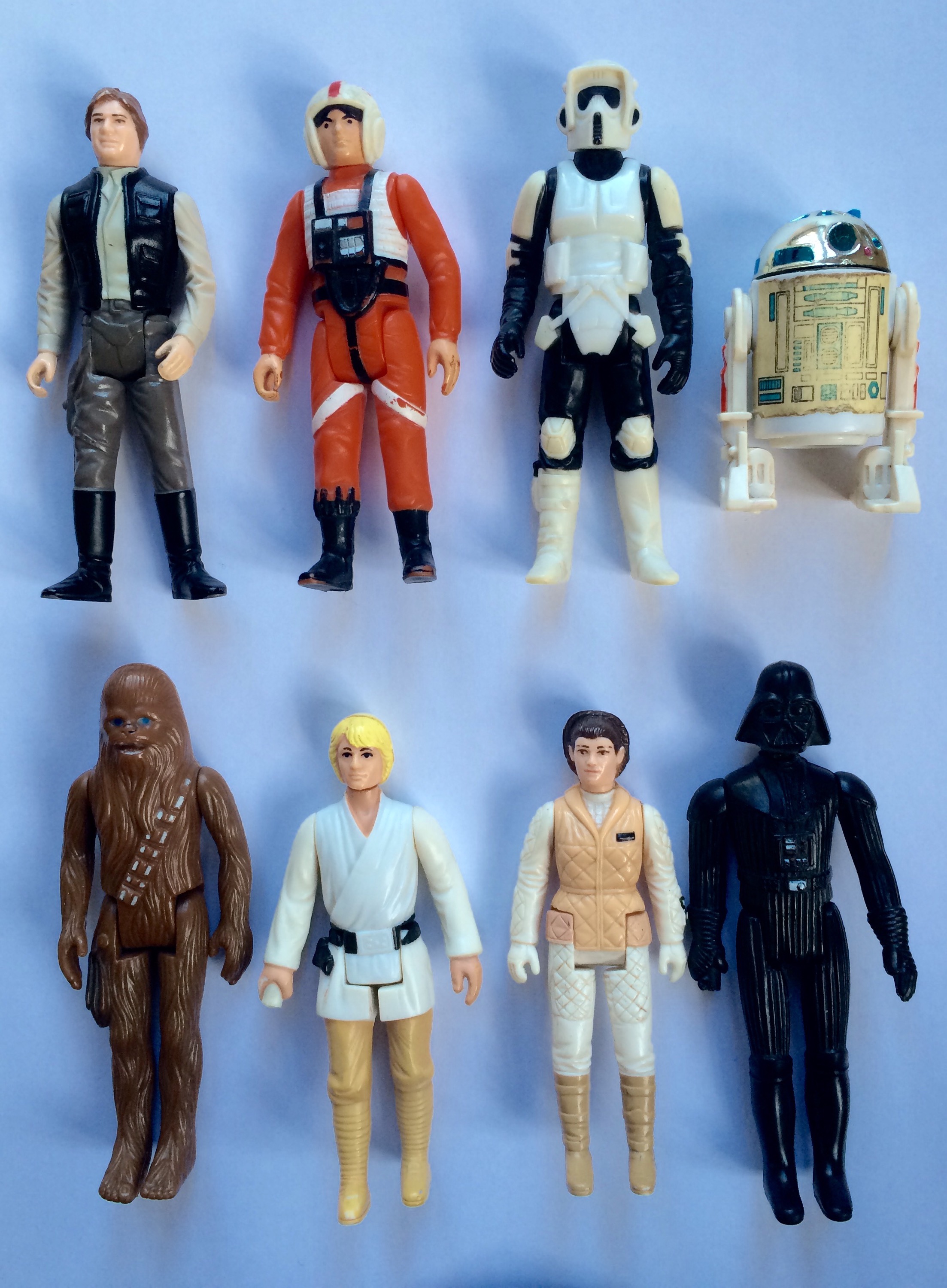 While you can kiss goodbye to luxurious lie-ins when you’re a parent, Alex and I occasionally try and give each other a bit of a longer sleep at weekends. It’s a tiny, tantalising reward for those nights of mid-week wake-up woes that inevitably culminate in all of us squashed in one bed, with the toddler taking up 90% of room.

So in a bid to allow the other a fraction more shut-eye, one of us will entertain the  space stealer for an hour and try to stop her making a run for it in the direction of the sleeping parent while shouting “cockadoodledoooo!”

In recent times, keeping her entertained = watching Frozen. But faced with the prospect of yet another helping of frosty fun, on one of his mornings Alex managed to convince Eliza to watch something entirely different.

“Star Wars?” was my reaction on hearing what that morning’s viewing was. “Really?” He argued that it’s a classic and he was educating her and broadening her filmic horizons…but yeah, we both knew it was to avoid the mind numbing boredom of kid’s TV. I smirked. It’d never catch on.

But a strange thing happened. One minute she was disinterested – “I want Auunhaaaah” – and the next she was entranced. Although she’s only viewed the edited toddler cut, she’s now watched all six, has favourite characters – Princess Leia and bizarrely, Darth Maul – and makes me join in her dance routines to the soundtrack.

It’s struck me recently that this is basically my own childhood, come right back round. My mum loved a good weekend lie-in (who doesn’t?) and it would be my dad who took us downstairs early. We’d make sofa cushion dens, fortresses out of Lego and watch cartoons. However, faced with the horror of whatever 80s kid’s delights were on our four channel TV, my Dad quickly introduced the films of that era – usually Indiana Jones and Star Wars –  in a bid to educate us and broaden our filmic horizons. Naturally, we loved them all.

Although many things are very, very different now (weaning, feeding, sleep advice etc), so many things seem to some back around from your own childhood when you’re a parent, don’t they? Even if it’s just getting your old toys out of the loft or re-reading the books you loved with your children.

Then there’s the ultimate cyclical element of parenting. You spend a lot of time thinking you don’t want to be your mum (not that there’s anything wrong with my mum – she’s ace – or yours, it’s just the furthest and most uncool idea from your mind when you’re a teenager, isn’t it?) Then you have children and one or two familiar phrases come out. “That’s weird!” you say as you laugh it off. And then it snowballs without you noticing, and before you know it you are your mum, and then the same thing will probably happen to my daughters, repeat generation after generation, to infinity.

So will my two be showing their own children the modern cinema classics of this era in years to come, early on weekend mornings? Inevitably. Also, I’ve just realised that far from wanting to expose us to future classics, my dad clearly made us watch these films to avoid the mind numbing boredom of the same kids TV, over and over. Just the same as Alex. See?

Also, should we stop tantrum shaming and rebrand the terrible twos?  And more toddler entertainment tactics.