Toddler entertainment tactics when you have a new baby

What are some good activities to keep a toddler entertained when you have a new baby? 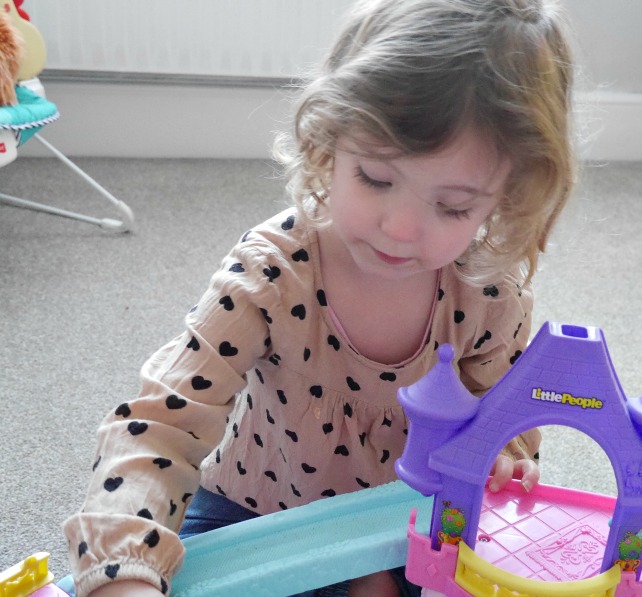 One of the things that worried me about being a mum of two was how to keep my toddler happy when feeding the baby. Most of my memories of first-time early motherhood involve being glued to the sofa, trapped under a milk-drunk sleeping newborn. As blissful as this is, it isn’t quite so feasible the second-time-round when you have a toddler to look after too.

The best advice I was given about feeding was to do it propped up on a cushion on the floor so you can play with the toddler at the same time, making sure they don’t feel left out or abandoned. As it turns out, F is more of a sprint snacker and we’re also a lot more mobile this time – probably a mix of confidence and necessity – and pretty much do most things with a baby on the boob. But this advice has really helped, especially when you factor in floor-based activities that are fun (and aren’t too mind-numbingly tedious for me). So what’s worked for us?

Jigsaws, bricks, blocks, trainsets – these are all good, especially as it’s easy to set mini challenges with them.

iPad time – the CBeebies website, iPlayer, apps like Gruffalo Games, Netflix – all good if you want five minutes of peace at the end of the day.

Listening to music – as I still get pangs of middle class mum guilt from too much screen time, we listen to a lot of music which bridges the gap. Spotify (live steaming) is brilliant as most things you can think of are on there. Film soundtracks – Frozen, Jungle Book, Mary Poppins – are a hit, she also loves the classical soundtrack to Star Wars, and a bit of power pop.

One of the things that has a lot of mileage recently is the Fisher Price Little People Disney Princess Klip Klop Stable we were sent to review. 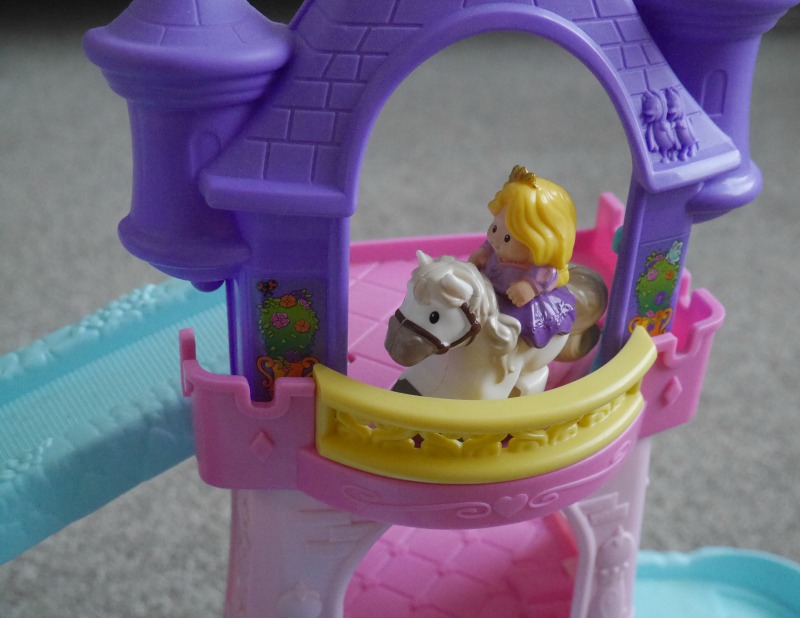 Here’s a quick video of the stable in action, and a few of our other favourite toys:

The stable consists of different platforms, interconnecting bridges and ramps where you ride the two Little People horses or rest them in the stable houses. The horses have scissoring legs that make it seem as if they ride down the ramps; simple but clever (both horses are princesses, but I think it might have been more inclusive to have a prince too). 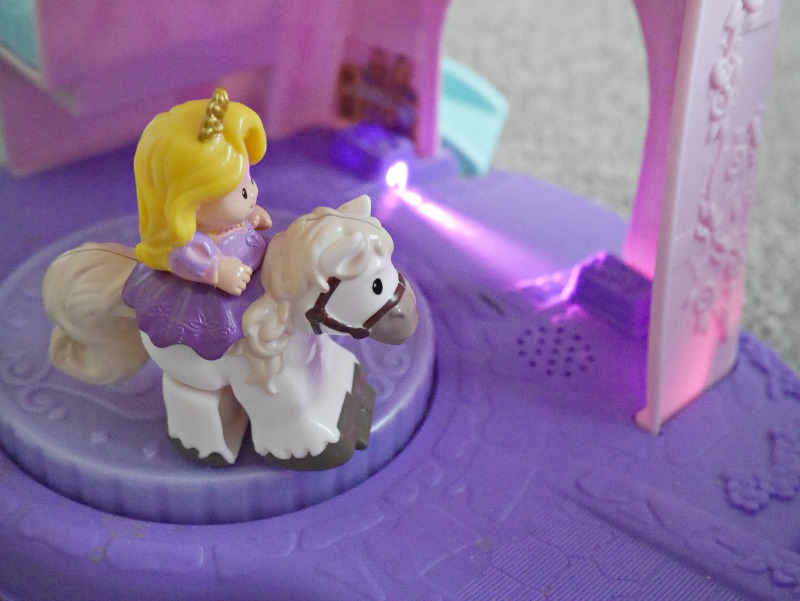 As well as the ramps and stable there’s also an illuminated entrance and a rotating horse stand that plays music. It’s a big platform for encouraging small world play, with both the horse characters and the other Little People. 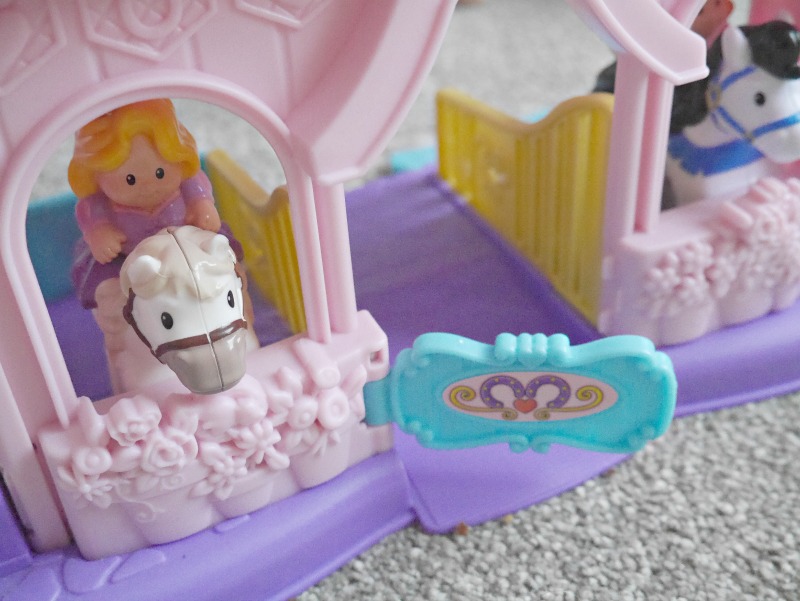 I really wasn’t sure when I first saw it. It is incredibly pink and very girly, something we always sidestep with toys, and despite our love of Frozen I avoid anything too princessy. However, the proof of toys is surely within the playing. And Eliza really, really enjoys playing with it and it’s captivated all children that have visited our house since, male and female.

There is something really fun about setting the horses off and racing them down the ramps, and most adults I know have had a go. It’s inspired a lot of imaginative play and is a firm favourite (clearly, I know nothing).

Here are some other good floor-based activities we’ve tried: 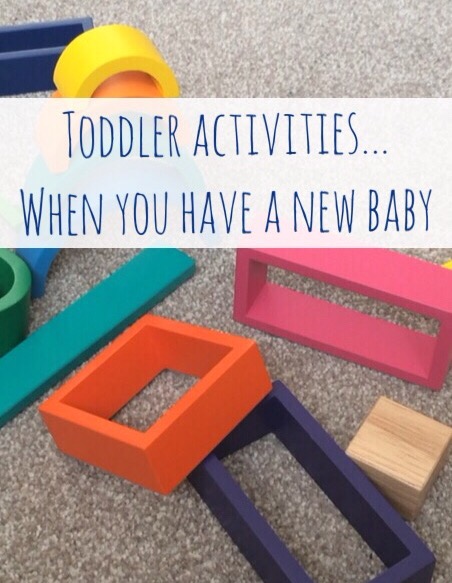 We were sent the Fisher Price Little People Disney Princess Klip Klop Stable to review; it retails at around £49.