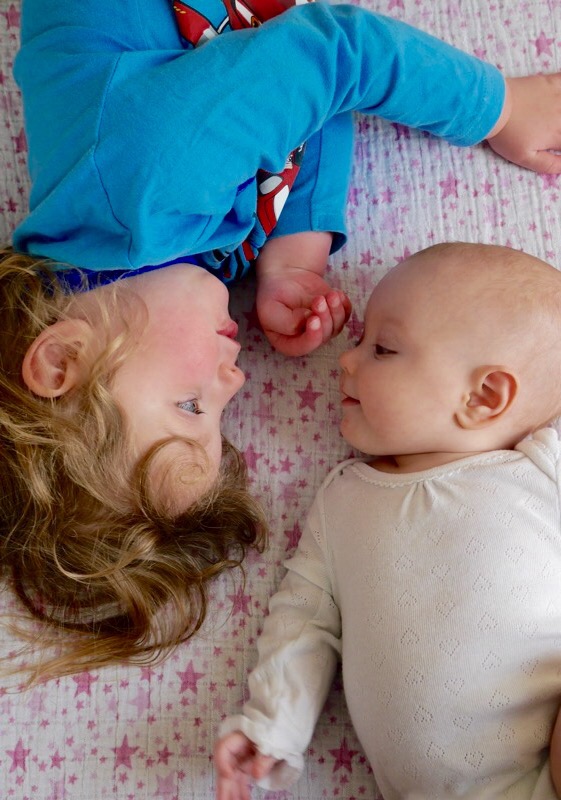 The older sisters of my friends seemed to be the stuff of awe-inspiring legends. They were the gateway to clothes and make-up we weren’t yet allowed and couldn’t afford, a never-ending source of secrets about all the important stuff and gatekeeper of unlimited supplies of magazines and illicit copies of Forever. But more than anything else, they were gentle playmates, partners for making up dance routines and ready-made confidants. In my sibling set I got bricks, blocks and being trapped in cupboards and the overall unfairness of my friends who always fancied them vs their friends who never fancied me.

When it came to having my own children, I was never really bothered about the sex either way, either time. But as the only girl out of three, and as my husband is one of four boys, I was convinced we’d also have boys. I nearly fell off the scanning table when the sonographer said otherwise, both times. I had them re-check on every subsequent scan as I couldn’t quite believe it.

So now as the mother of two girls I’m kind of entering unchartered territory.
Naturally, I would love my two to be close partners in crime. But there’s no guarantee, is there? For every friend I knew who got on with her sister, there were two who fought tooth and nail (literally). I get on brilliantly with my brothers now, so does gender even play a factor?

You can’t tell much from a three-month-old who has only just discovered her hands, but the three-year-old is besotted (even if it’s a love that involves showering her younger sister with chocolate-smeared kisses and bouncing perilously close to her head).

It’s really early days, and I’m still so all-consumed with the baby and toddler bubble that thinking even a few years ahead seems odd at this point. But I’m enjoying watching the little bond develop. Who knows how it will all turn out? But if at any point they share a co-conspiratorial eye roll about how annoying I am or sigh in not-so-secret tandem about how I’m so embarrassing, then I’ll be thrilled.

Also, what life’s really like with two children, and ten truths about life with a newborn.