How not to talk to a new mum; a handy guide 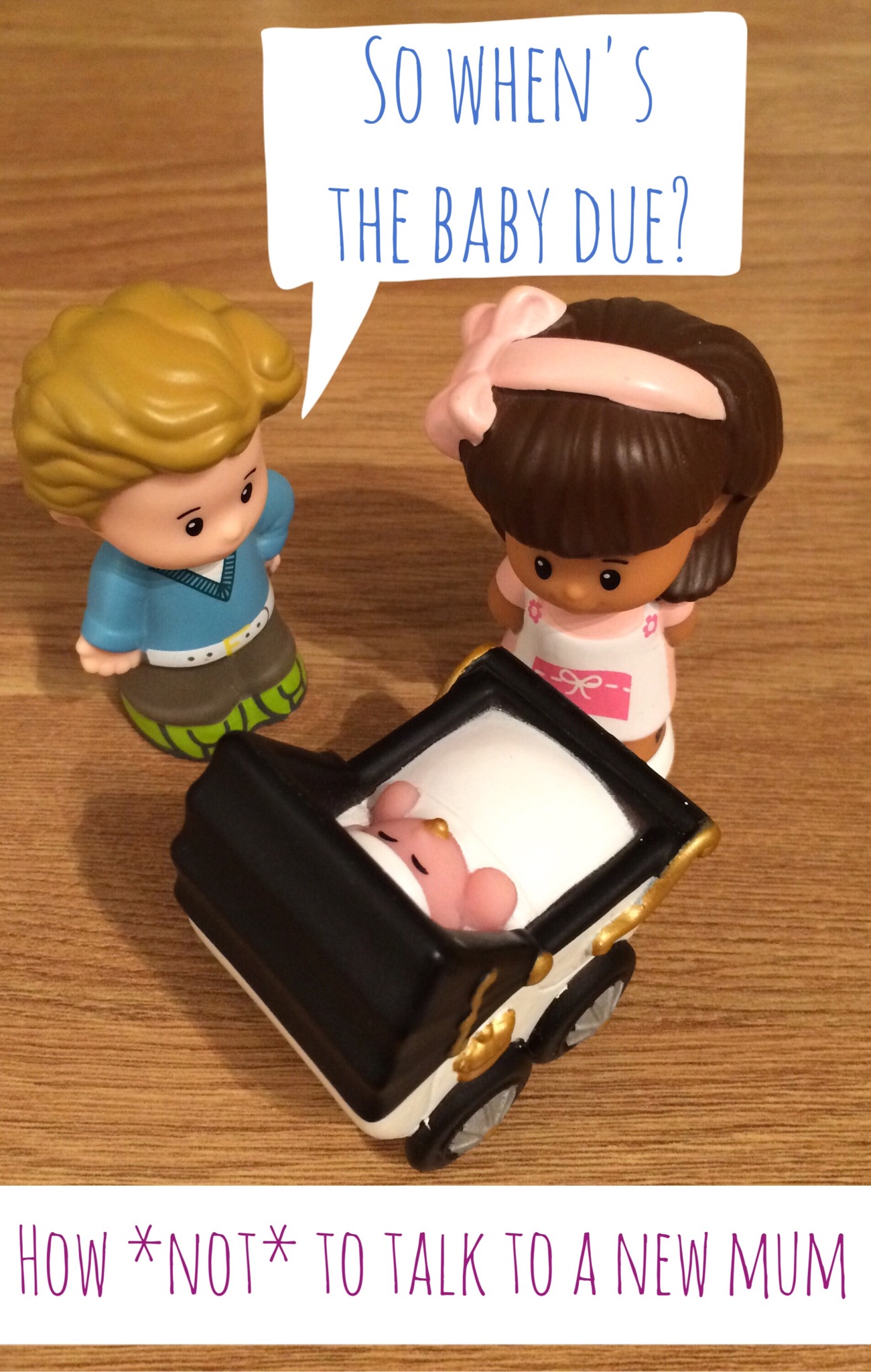 When I was pregnant I wrote a guide on how not to talk to pregnant women, based on the large amount of inappropriate things that people tend to say when faced with a baby bump (shortly after, this happened, proving my point somewhat).

Since having the baby, it’s struck me that exactly the same could be applied for when you’re a new mum. Admittedly, this time of your life does bring with it a certain amount of hormonal sensitivity, sleep deprivation and uncertainty about your post-baby body, but then there are the wrong things to say that can wind even the most thick-skinned person up.

So here’s a handy guide for how not to talk to women who’ve just had a baby (along with some suggestions about what’s actually safe to say).

Oh, you look tired, don’t you?
Just don’t even go there. Or indeed, when someone responds with ‘What do you expect? I just had a baby’ don’t reply with ‘Ooh and you’re grumpy too!’ Of course they look tired because a) they are surviving on three hour stints of sleep at a time, if they’re lucky b) they don’t often have the time or inclination for a full face of make-up, and c) zzZzzZzz.

“Just let them cry it out” “Why don’t you give them a dummy?” “I think your baby is hungry” “Rod for your own back rah rah rah.”
Is unsolicited parenting advice ever useful? Especially when it’s dressed up as a ‘helpful’ comment. At best, intensely irritating, at worst, the top end of an annoyance scale up there with the fly episode of Breaking Bad.

Tired? Just sleep when the baby sleeps!
Sound advice…to anyone who doesn’t already have other children (I didn’t take it first time round though, clearly – I was running round doing all of these). Now, I would love to sleep even a fraction of the time the baby sleeps. But I have a toddler running round and needing looking after. First time mums – take note!

When are you going back to work?
Don’t burst the baby bubble.

Why are you crying? / what’s making you angry?
One word, hormones. And oh, probably you.

…and what to say to a new mum

You look bloody brilliant considering you’ve just pushed a baby out / not slept in weeks
Even if it’s not true – which we all know it probably isn’t – it’ll make them feel better. It makes me feel better. Even if I have baby sick in my hair.

How was the birth?
Glorious, awful, unexpected, amazing – however it happened, most mums I know could chat about childbirth for hours (it’s all we used to talk about in baby groups). It helps to share and vent, and I think it’s part of the normalising process. Warning: it does depend who you are – no-one wants to discuss stitches with their male boss, I suspect.

How are *you*, really?
Because clearly the newborn is the most amazing creation that ever there was, but don’t forget about the mum too.