Baby Crawling: How Do You Encourage Your Baby To Crawl?

We have an almost-crawler! How do you encourage baby crawling? Here’s what we’ve been trying to get our baby to crawl. 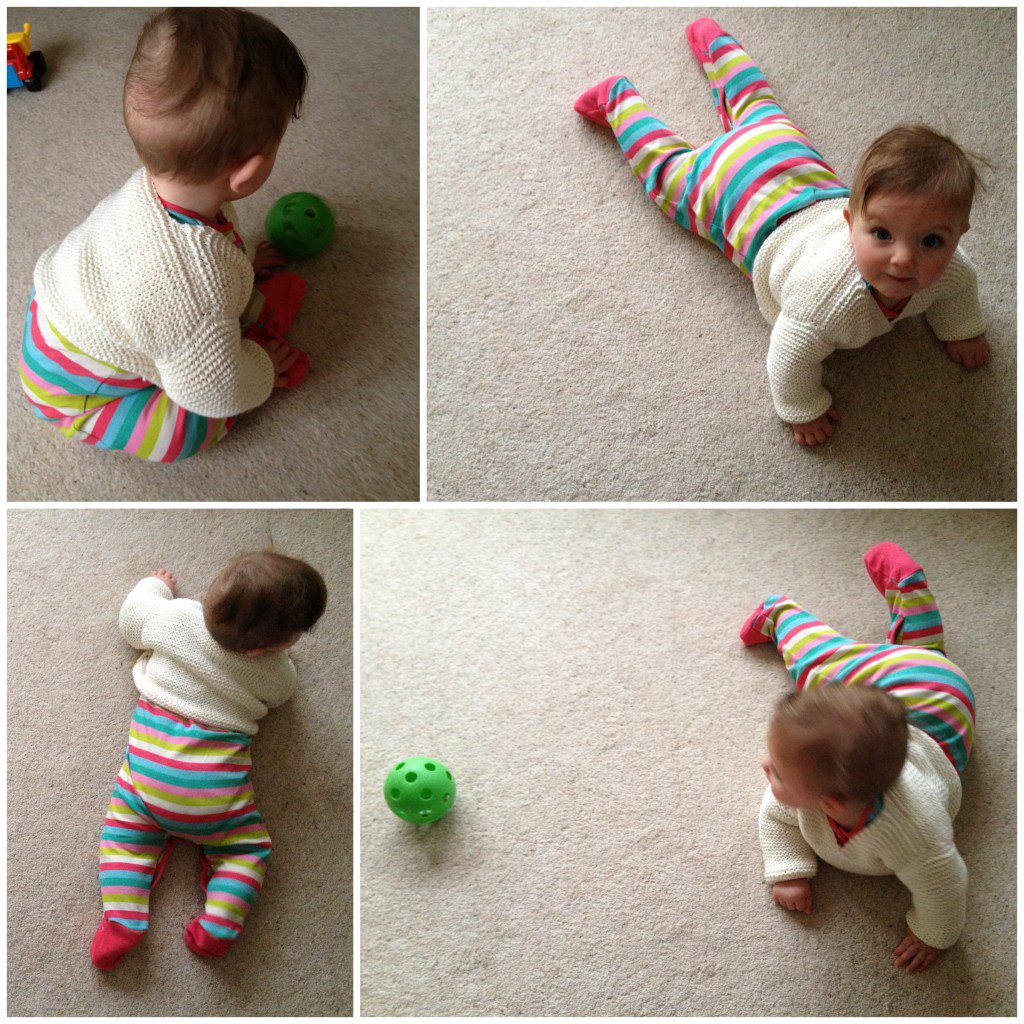 It’s as if someone has flipped the ‘activate’ switch on Eliza; she is now in a state of perpetual motion. Whereas before she would roll over, get stuck and then make loud, frustrated pterodactyl noises until she was picked up – repeat x many times until I collapsed in exhaustion – she’ll now happily and independently make her nosy way around and around the floor (especially when one of the holy trinity of baby wipe packets, phones or TV remotes are in sight).

Crawling has opened up a whole new world for her – a tangled maze of table legs and the previously undiscovered underside of furniture – and we’re often finding her edging beneath a sofa or retrieving her from being wedged under a chair. Everyone said once babies became mobile it would be a nightmare, but so far we’re finding it a whole lot more fun (walking will be a whole other ball game though, right?)

How To Help Your Baby With Crawling

At the moment she can go backwards, diagonally backwards, round in a circle or to the side – everything apart from forward. She balances on all fours and teeters there, tantalisingly close, but then goes back on herself every time.

Here’s what we’ve been trying to help her crawl forward:

I don’t want her to be backwards about baby crawling forwards, but I reckon it can’t be too far off judging from her more mobile baby friends. She’ll surely figure it out for herself soon enough but in the meantime, does anyone have any good tips for baby-proofing a flat?