What to watch when you’re pregnant 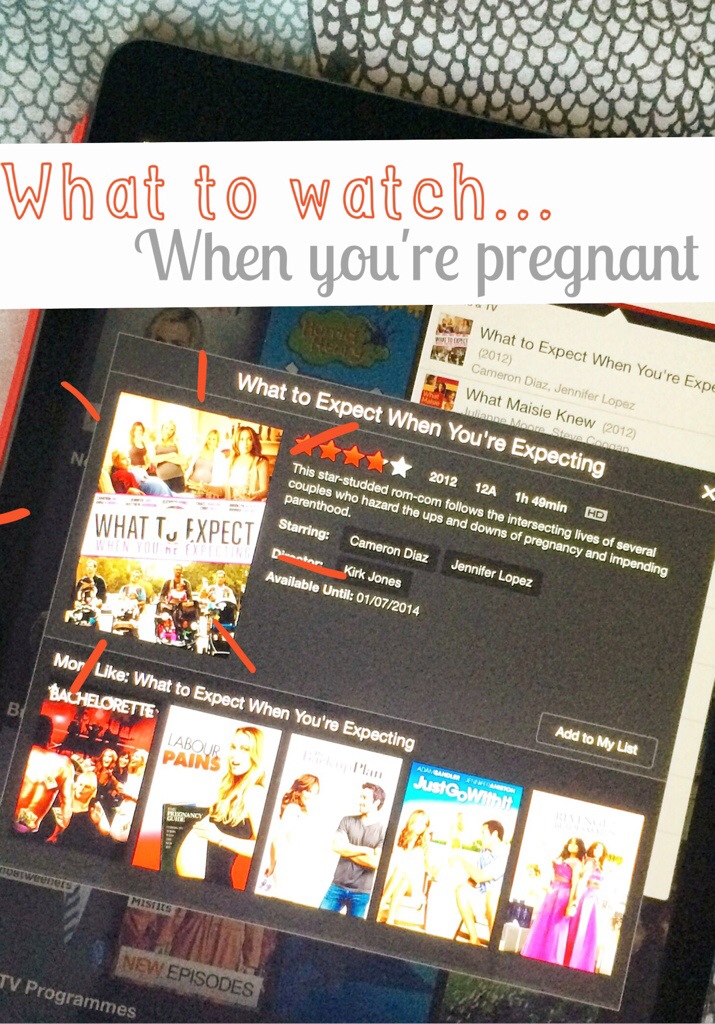 What was the last film you saw at the cinema? Alex and I recently realised that ours was X-Men: First Class (it came out three years ago! Shocking, I know). Having children does enforce some changes in your TV and film viewing habits, and I’ve found that being pregnant has too. I have a shockingly short attention span, can’t cope with anything too intense, and have a habit of falling asleep mid-episode.

So thank goodness for Netflix, and live streaming TV programmes and films, when you want. As I’m spending all my time being pregnant at the moment, I thought I’d dedicate this post to good things to watch when you’re waiting to give birth at some point.

But first, how to watch Netflix when you’re pregnant:

What to watch when you’re pregnant:

At the moment I don’t want to watch anything too intense – I think I used up all my energy credits watching Breaking Bad – nothing particularly dark and depressing, or anything that requires a lot of brain power. This is especially true after along day of toddlerdom, when I just want to relax.

Here’s a couple of my current faves and things on my ‘must watch’ list for the next couple of months:

Orange is the New Black – because we’re so ahead of the times, we’ve only just started watching this (although Series 2 is currently on Netflix and everyone I know has binge-watched it all already). It’s the story of a woman who’s sent to prison for a crime she committed in her early 20’s. And it’s really good.

Gavin and Stacey – because this is one of the nicest TV programmes ever made, and it’s just so lovely and familiar.

Call the Midwife – because there’s nothing like a bit of gritty post-war realism to make you really glad that you’re going to give birth in the 21st century. Also, I watched the first series when I was pregnant with Eliza and still haven’t caught up with the rest, so  now seems like a good time.

What to Expect when you’re Expecting – because really, when else?

There’s so much good stuff on there, from the teenage nostalgia of Dawson’s Creek and Gossip Girl, documentaries if you want something a bit more serious (lots of Louis Theroux and wildlife programmes) and a whole load of films we’ve not even scratched the surface of. So why not take a pregnant pause to watch?

I’m a member of the Netflix Stream team, and the theme for posts this month was ‘me time.’ As a member of the team  I was given a subscription and an iPad to watch it on (In bed, of course).

NetflixTVwhat to watch when you're pregnant