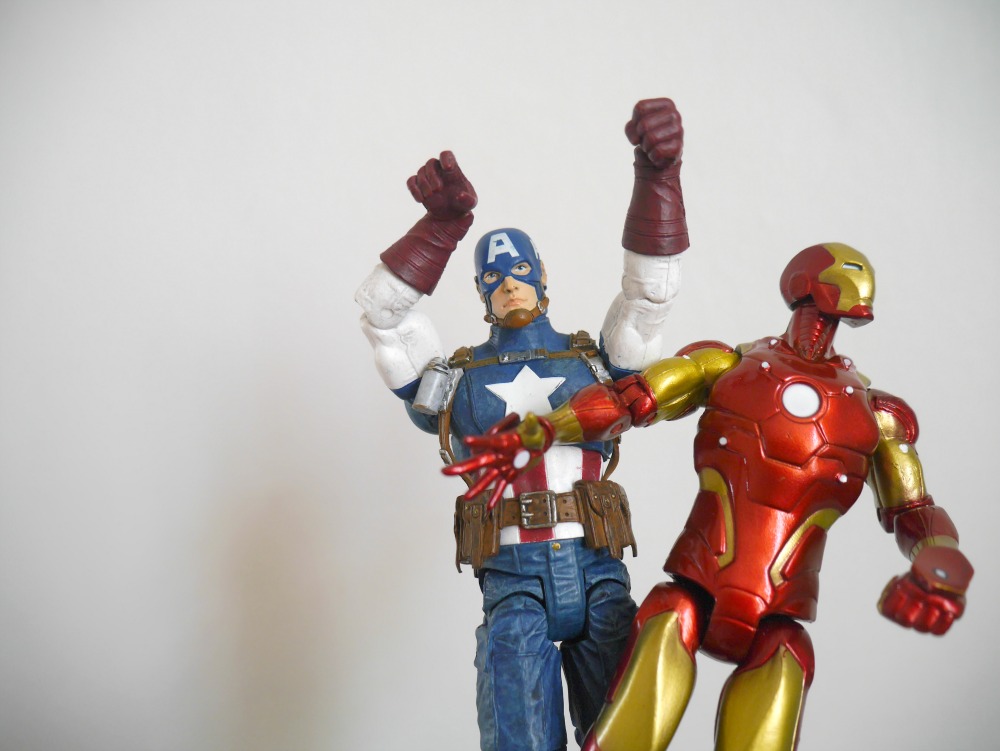 Here’s  a little round-up of a couple of things we’ve been doing and trying recently:

Meeting Marvel superheros…A few weeks ago we headed into central London to meet none other than Spiderman, the Black Widow and E’s favourite superhero of them all, Captain America (she dressed up as him for her Avengers-themed birthday party, and on many occasions since). Needless to say, there was a lot of excitement about this event.

The superheros – or the actors who play them – were in the UK to publicise the stadium action show Marvel Universe Live, which is coming to various UK venues including the O2 in London in September. It’s a live stadium action show where all the Marvel superheros battle against various baddies, and there’s lots of stunts and fireworks and dramatic stuff happening.

I think the children were expecting to meet the actual superheros at the event, not just the actors (sadly they didn’t wear costumes, just t-shirts!) but it was fun. ‘Spiderman’ also demonstrated some of his acrobatic skills in a gymnastic session and there was super-colouring and game playing. Marvel Universe Live looks great if you’re into superheros, more info on it here. 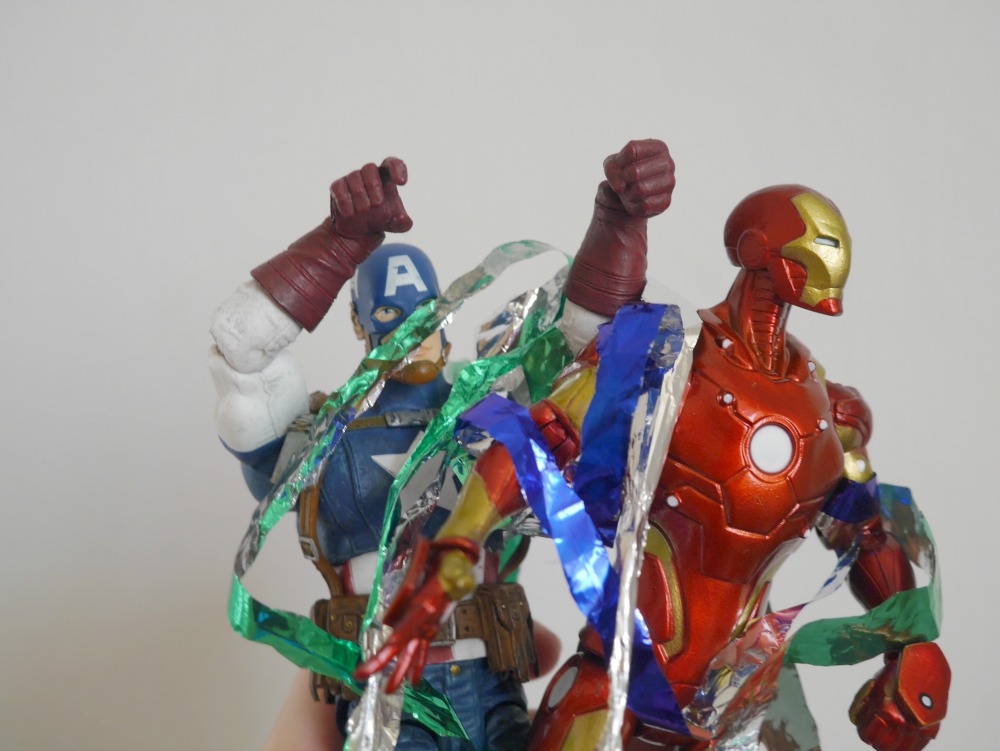 As well as Avengers action figures (which are very settled into life at our house, today they were both dressed up in tinsel and went to a ball with a Barbie) and props (a talking Captain America sword and mask, I’m not sure who was more excited about this in our family) we were also given a voucher to spend in the Disney Store so had a hectic half an hour chasing both of the girls round as they decided what to get (a stuffed Anna doll and Frozen Lego, incidentally).

Duplo for two…And speaking of, there’s a lot of Lego love in our house at the moment. We were sent a couple of Duplo sets, the My First Truck set and the Fire Station. The truck’s designed to encourage matching and fine motor skills with the pairs of food bricks, but really, who cares? It’s Duplo so brilliant anyway (apart from when you step on it, obviously). 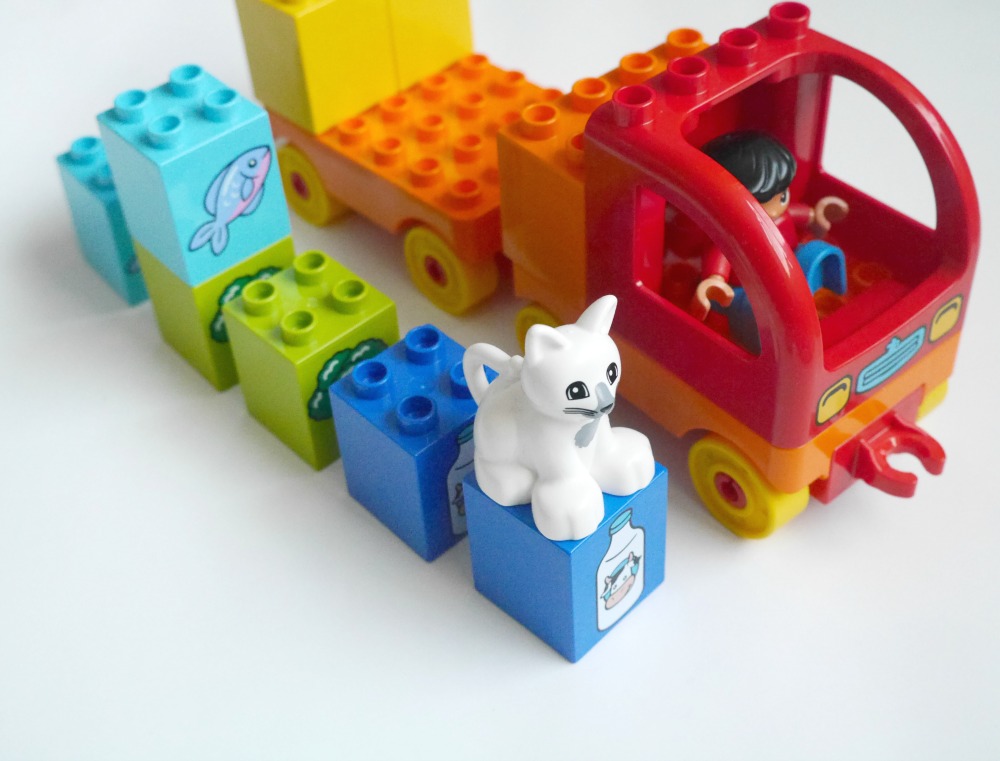 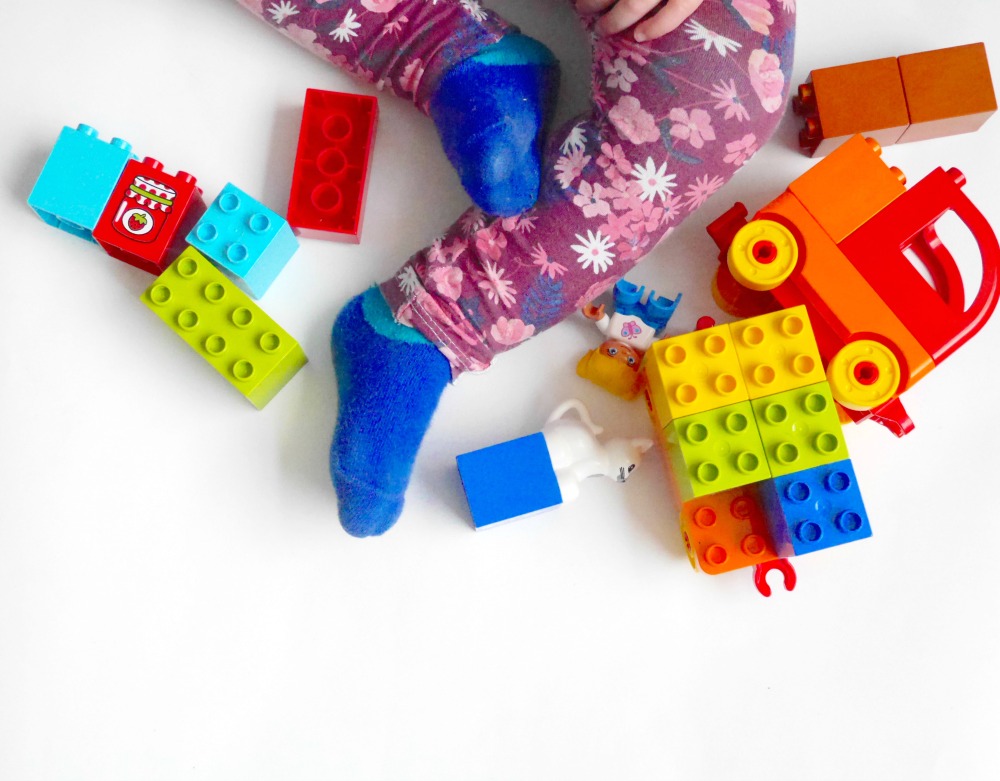 Both of these sets were really easy to put together – the truck needed no real assembly at all. What I loved about both these sets is the little details like the characters including the cat and the female fire person (?) in the fire station. The sets are suitable from 1.5 up and indeed both girls have really enjoyed playing with them. Although they are now in a million pieces around my house.

Summer sliders from Kurt Geiger Mini Miss KG…Did you know Kurt Geiger has launched Mini Miss KG, a new shoe range for children? Any grown-up who loves shoes will know how lucky little people are. E was sent a shoe in the post to invite us to a launch event event, and we went along to the Ham Yard Hotel to collect the other one.

The junior shoe range is colourful and really fun – as was the party – and while there’s lots of different designs what I liked is the focus on more practical styles like trainers and espadrilles (not boring though! The leopard / glitter trainers and the ‘wild child’ espadrilles were my favourites). The ones E’s been wearing most this summer are the fluro pink ‘boom’ pool sliders that were given post-party-pedicure. Can they make these in my size, please?! How is my daughter having a pedicure at four?! 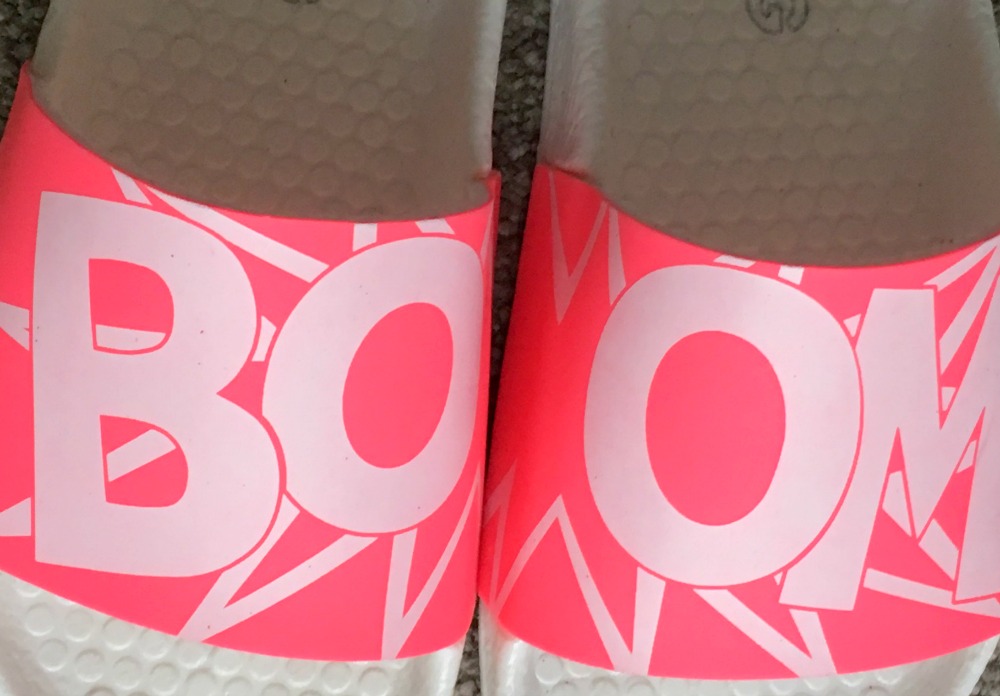 Suncream plays a big part in summer when you’re a mum, not least because you’re always chasing after small children to cover them in it. We gave both of the new creams a try when we were down in Bournemouth recently. Both of them have high SPF (50+) and absorb really quickly and easily and don’t leave a white film on your child (or you, if you’re so that pale that this works for you too). 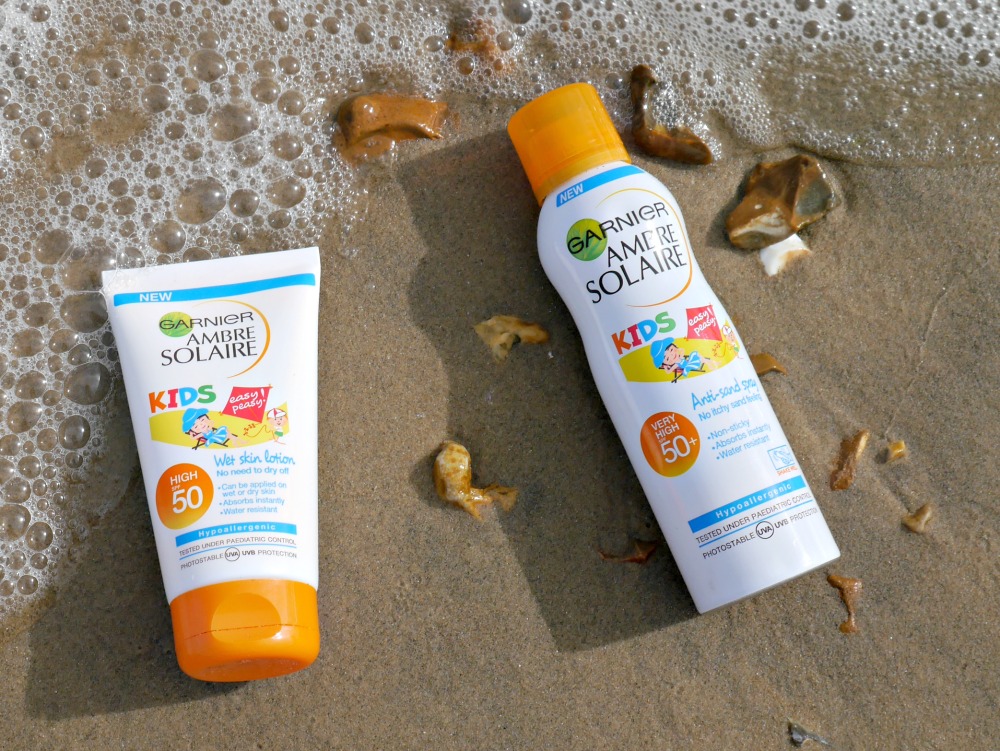 The sand one in particular is really good (handy on the beach). I’m not so keen on using aerosols unnecessarily, so perhaps they could change it to a pump spray as an alternative format? They both smell so nice though.

Although I very nearly lost them both while taking the photo: 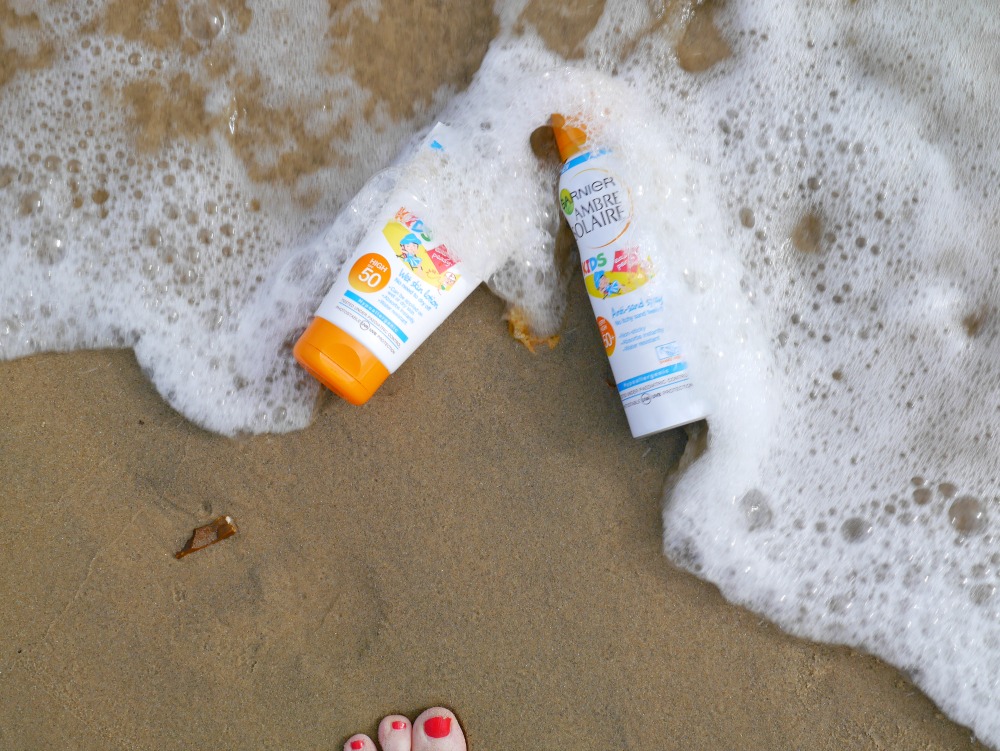 We were sent all these products to try out, all thoughts are our own etc etc.