Talking about mothers and daughters 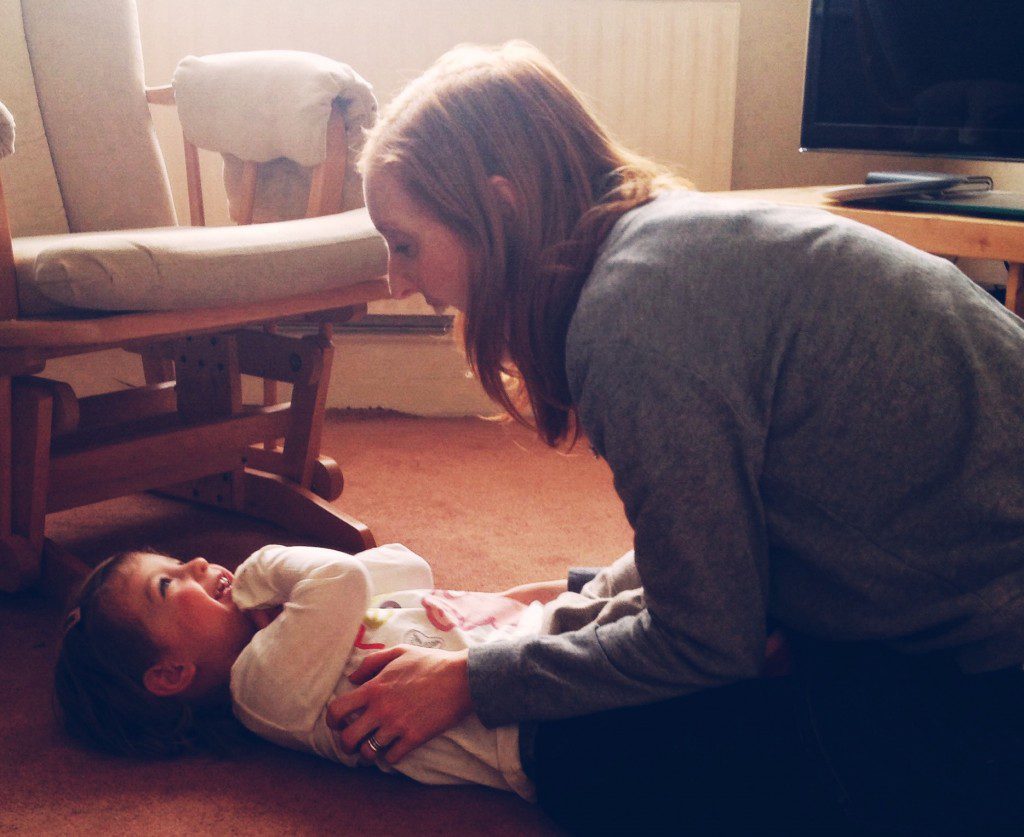 Since Eliza started talking, she practically hasn’t stopped. And it’s great; I love that she can tell me what she wants, what she doesn’t want, where it hurts, how she is, what she wants to eat and what she absolutely doesn’t want to wear. Her chatterbox tendencies are a clear trait she’s inherited from me, the person whose parents were once summoned to see the head of our school year because me and my friends had a tendency to talk too much when we were bored in class.

Although Eliza and I do have a lot of nonsense conversations (which is best, Peppa yoghurt or Thomas yoghurt?) last week she said something that really made me sit up. I was lying on the sofa and she was fashioning me a new nose out of Play Doh when she hugged me and said “Mummy is my best friend.” I would have thought it a total fluke, perhaps, but since then she keeps hugging me and saying “best friend!”

Now, of course, I’m under no illusions that this means anything – she’s two, she probably heard it on Peppa, her best friend tomorrow might be Guppo her stuffed Gruffalo – but seeing as her first word was ‘Dada’ and her second was ‘boob’, I’ll take what I can get. And seriously, I try to steer clear from the sickly sentimental; but it’s a heart melting moment every time she says it.

But can you really be friends with your child? The first person I thought to tell about what Eliza said was my own mum. My mum also talks a lot, to other people and to me. We text several times a day, about everything and nothing. From the important (how she is, how my dad’s doctors appointment went, if the roof on their sea-front flat is still on) to the gloriously mundane (isn’t David Beckham looking good, and did you see Jade Jagger is pregnant at the same time as her daughter?) The path to our adult relationship was lined with many a teenage ‘you’re SO embarrassing’ and ‘you don’t understand!!”s, but it’s reached a fantastic destination now.

Mothers and daughters can have complicated relationships. When it goes right, it’s a bond rarer than rubies. Get it wrong, on the other hand…but for the most part it’s a magical and mystical thing. An invisible line tied between you. I’m sure the perceived wisdom of every parenting manual I’ve never read will say that you’re not supposed to be friends with your child.  But I don’t plan on reading any of them. And to be honest, my mum always just tried to be my mum, and here we are.

Motherhood is a rollercoaster ride, isn’t it? Yesterday I would have done anything for a break, yet today – a work and nursery day – I feel Eliza’s absence echoing round the empty rooms of the house.

We’re only just beginning our journey and it’s very early days yet, but if we end up having even a fraction of the great relationship I have with my mum, and talk even a tiny amount of the time, that can only be a wonderful thing.