The one where I finally get glasses 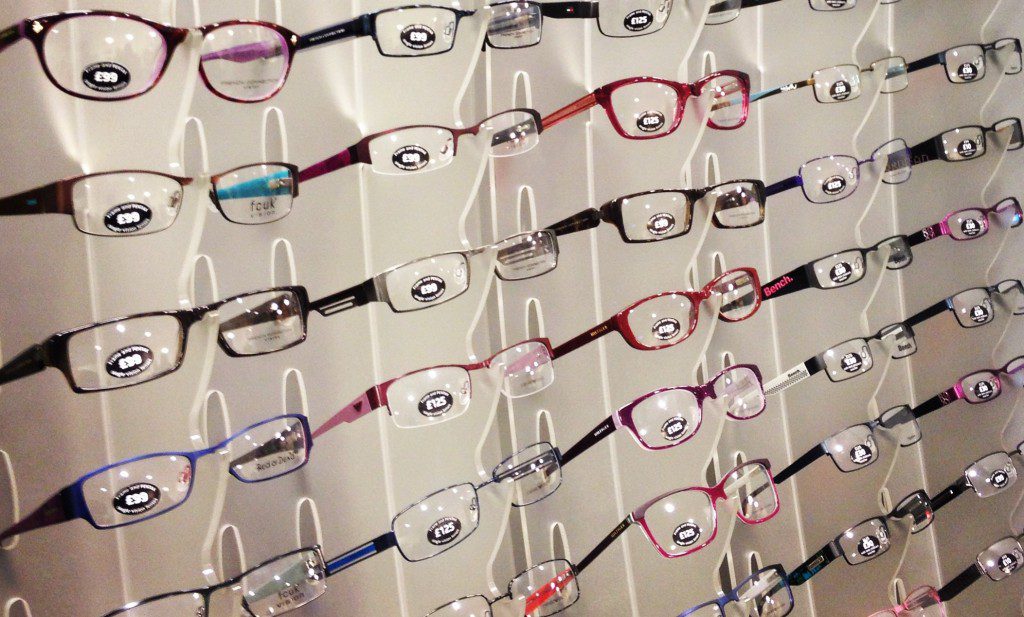 About five years ago, I went to get an eye test and was told I might need glasses. I filed the information under ‘things to think about at some point in the future’, then promptly forgot about it. Two years later, I went back for a check-up and was told my sight was slightly worse, and I probably should think about it once more. So yet again I did nothing. I was distracted by getting pregnant and having a baby, and yes, that’s my excuse, and I’m sticking to it.

I knew my eyesight hadn’t miraculously recovered since then; I knew because my husband would tell me on a near-daily basis that I was squinting at my iPhone. I’d find it difficult to focus when I was tired – i.e. most of the time when you have a toddler – and would often have to slightly increase the screen size if I was working on something detailed on the computer.

So when Specsavers got in touch and asked if I’d like to try out its eye test service (and gave me a voucher against the cost of the test and any lenses I might need) it seemed like the kick in the right direction I needed to actually get round to doing something it.

I went to the Bromley store on a Saturday a few weeks ago. After a pre-test, I went in for the main event with the optician. This was thorough but pretty pain-free – if you’ve never had an eye test, it should come as no surprise that you have to look through a machine at a series of differently-focused things, including the traditional test chart. 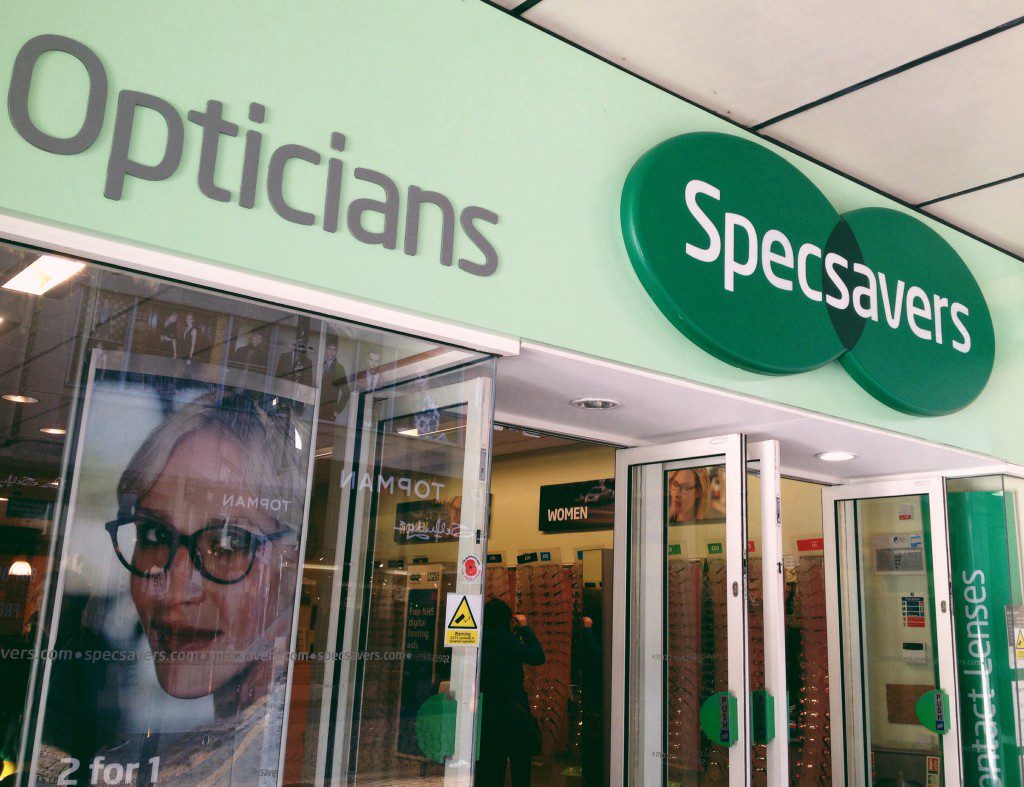 The optician said that while my eyes weren’t as terrible as I’d thought, I did need glasses. I have one eye that’s slightly shortsighted and one that’s longsighted – freakish – and I apparently tilt my face forward to overcompensate for this.

If I’m being really honest, it wasn’t so much the idea of having to wear them that bothered me and made me put it off for so long, but the idea of not being able to find frames that suited my face. I’m incredibly picky about sunglasses, even – let alone something more expensive I’d have to wear a lot more of the time.

So the best part of the whole service, for me was what happened next. An incredibly patient Specsavers optician talked me through all the types of frames available (him: “what sort of thing are you after?” Me: “I have no idea!’) He introduced me to all about the different styles and the designer ranges and we gradually worked towards what might suit me. This wasn’t any preferential treatment as I was there in review capacity, it’s available to everyone.

The optician steered me towards the designer styles and we figured out that something squarer and slightly heavier would suit my face more. I think I tried on every single pair of glasses in the store at least twice though to get to this point.

I then picked a shortlist of five pairs, tried these on about a hundred times, took photos, looked in different mirrors, tried loads on again, and so on. In the end we narrowed it down to the two I picked.

Once I’d selected the frames, I chatted with another optician who checked the sizing, and added on a anti-screen glare to one of my pairs (this is an additional £30 – but really useful if you use the computer a lot, as I do). I arranged to pick mine up a week later, but they could have been ready as soon as the next day.

Here’s the ones I went for, 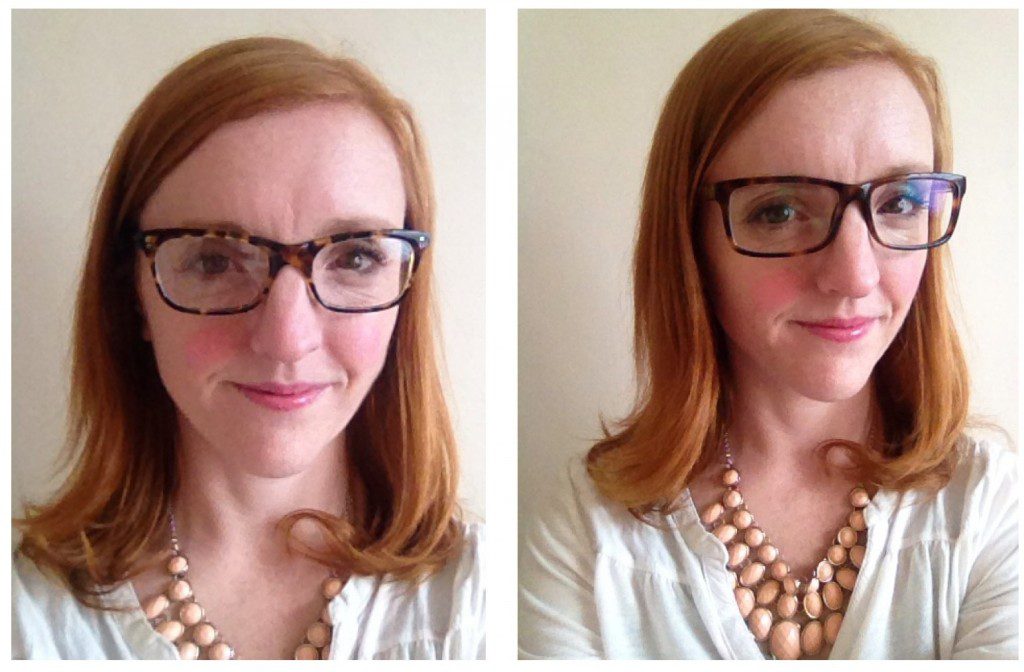 They are both from the Boss Orange range and cost £149 each, but were buy one get one free – bargain.  Pair 1 are darker tortoiseshell with purple arms, and pair two are the same colour front and arms (and are slightly bigger and squarer).

I was surprised, but I really, really love them. I didn’t think my sight was that bad – and it’s not terrible, really – but I’m blown away by how clear things look when I’m wearing them. It’s like being able to see in really sharp 3D. I still like both frames too and feel ridiculously intellectual with them on. Even if I’m just sitting around looking at Twitter.

Overall I was amazed at how quick and pain-free the whole process was, and at the choice of frames that were available at Specsavers. I’ve no idea why I’d put it off for so long – and if you are too, go now, quick!

Here’s some information you might not know about mums, children and eye tests:

Thanks Specsavers – I was given a voucher for £150 towards an eye test and frames.