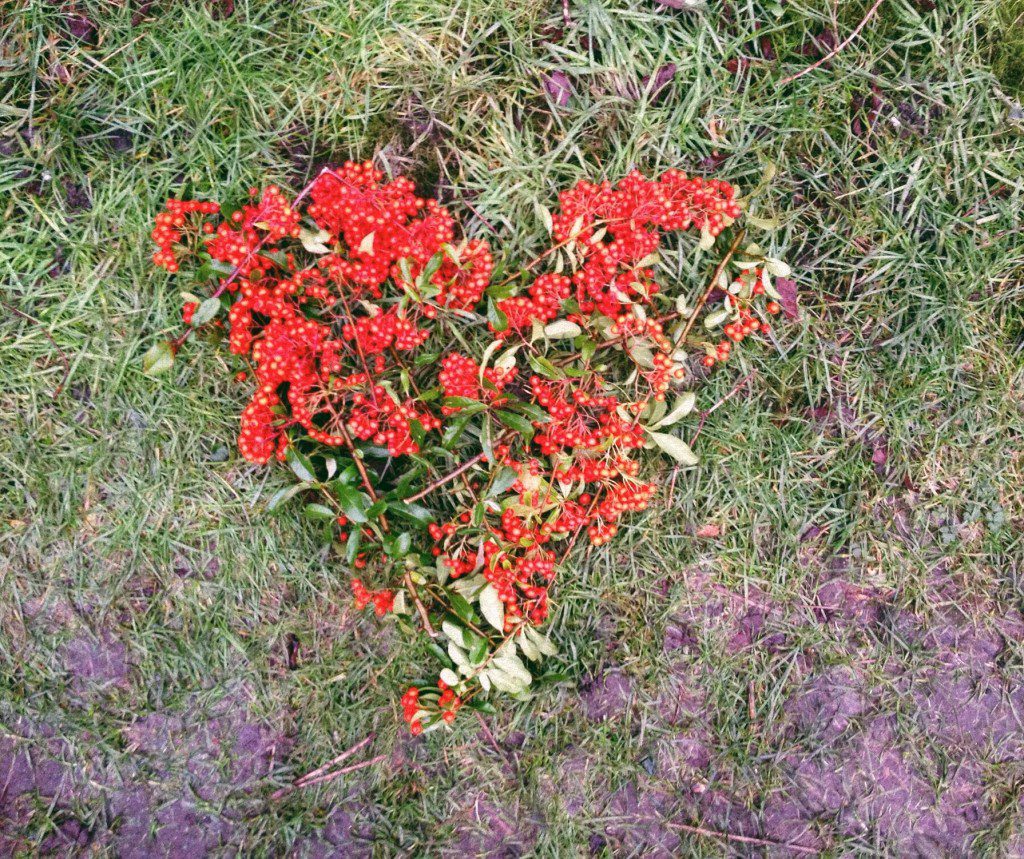 I’ve been loving – no pun intended – all the Valentine’s inspired ideas on Pinterest and wanted to do something along that theme with Eliza. However, after my recent adventures in the kitchen, I thought it wise to stay out of there for anything crafty or creative.

After a January where we’ve been tied to the house for various reasons, we have been spending a lot of time in the garden (apart from when it’s raining heavily, which it seems to have done almost none-stop since we moved). I’m bizarrely quite enjoying making over the garden – I’ve not really got a clue about what I’m doing, but so far it’s involved a lot of chopping down of dead things and pruning back overgrown bushes, which is almost quite cathartic. I must be getting old.

So I thought it would be fun for us both to make some Andy Goldsworthy-esque Valentine’s hearts out of nature and the things we found in the garden; tree trimmings, berries, rainwater, rocks and leaves.

Predictably, Eliza enjoyed it for a couple of minutes, wanted to touch the berries, then decided to run round the garden instead. And then it rained again. How was everyone else’s weekend? x