On the wall: displaying children’s art in our mini gallery 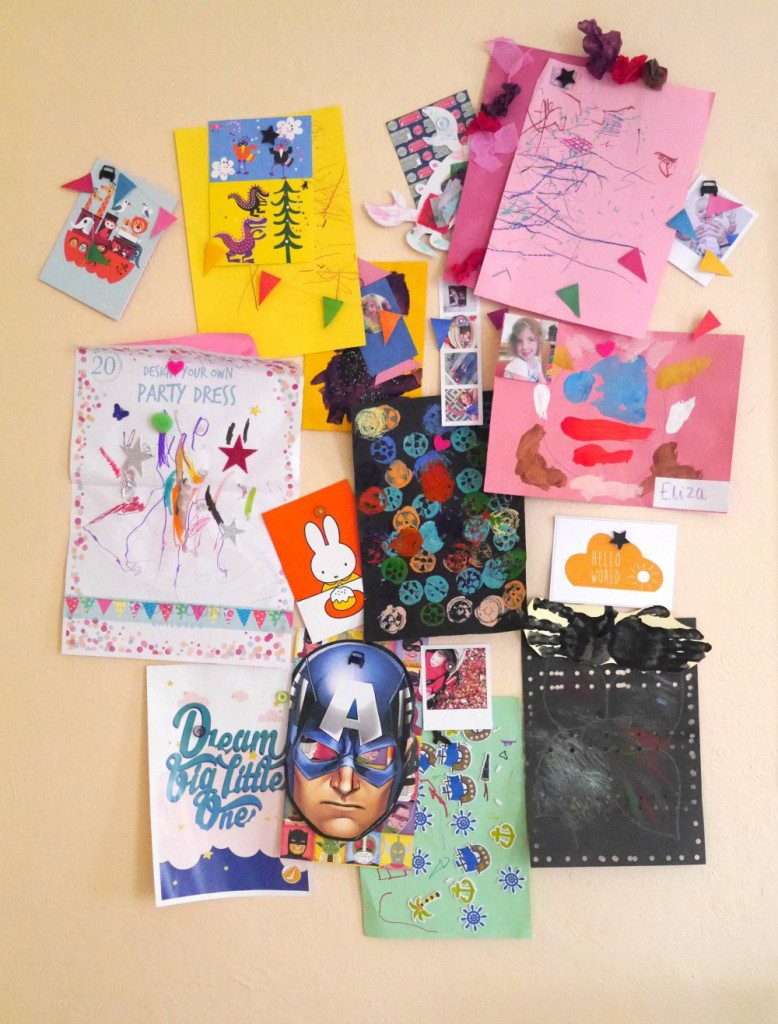 Children’s art work – is your house completely awash in it? If it’s anything like ours, then it’s everywhere. We have millions of pictures and pieces of artwork and general all-round crafty…creations that the children bring home from nursery and make themselves at any opportunity. (E brings home a whole drawer-full every day, some just with a few lines on). While I do try and minimalise the amount and have a special ‘pile’ for it, I still hate throwing them out – mum alert – and she’s not that keen on decluttering either, so there’s lots aroud

So it now all has a new home on our dining room wall instead, as I thought it would be good to display the best bits. I used these wall magnets that glue to the wall and you can use to hold up paper, cards, photos and so on (you might need a bit of extra superglue though, hence many fingers recently glued together). As an additional bonus, it also hides the leftover ‘textured’ wallpaper. 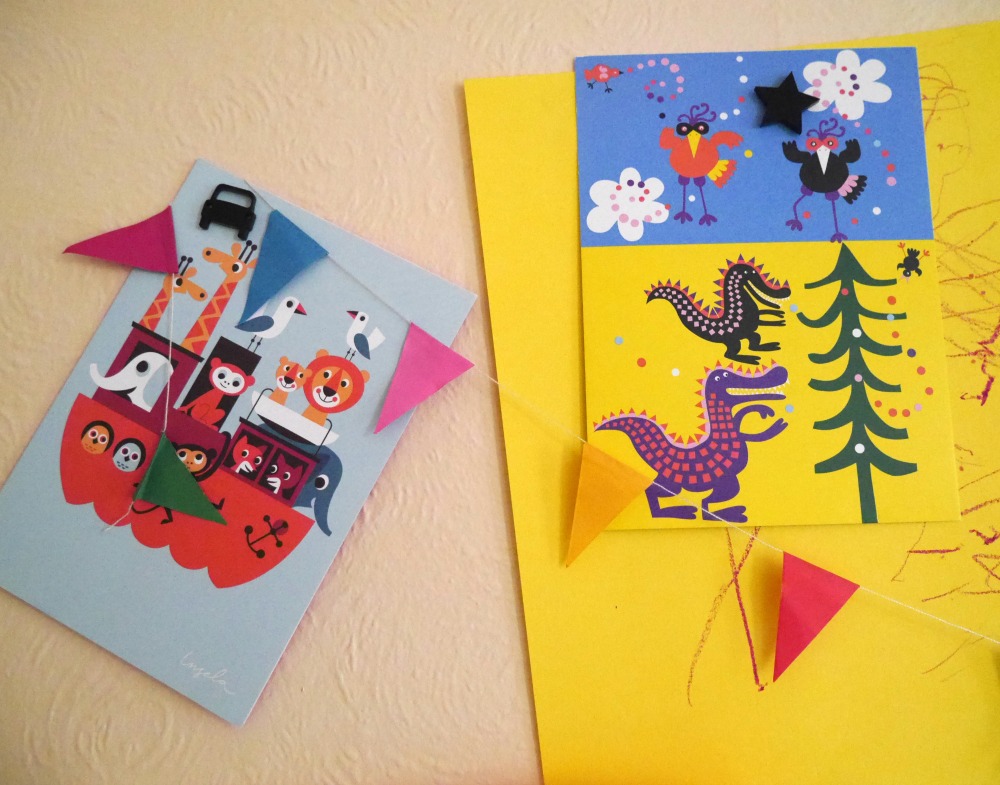 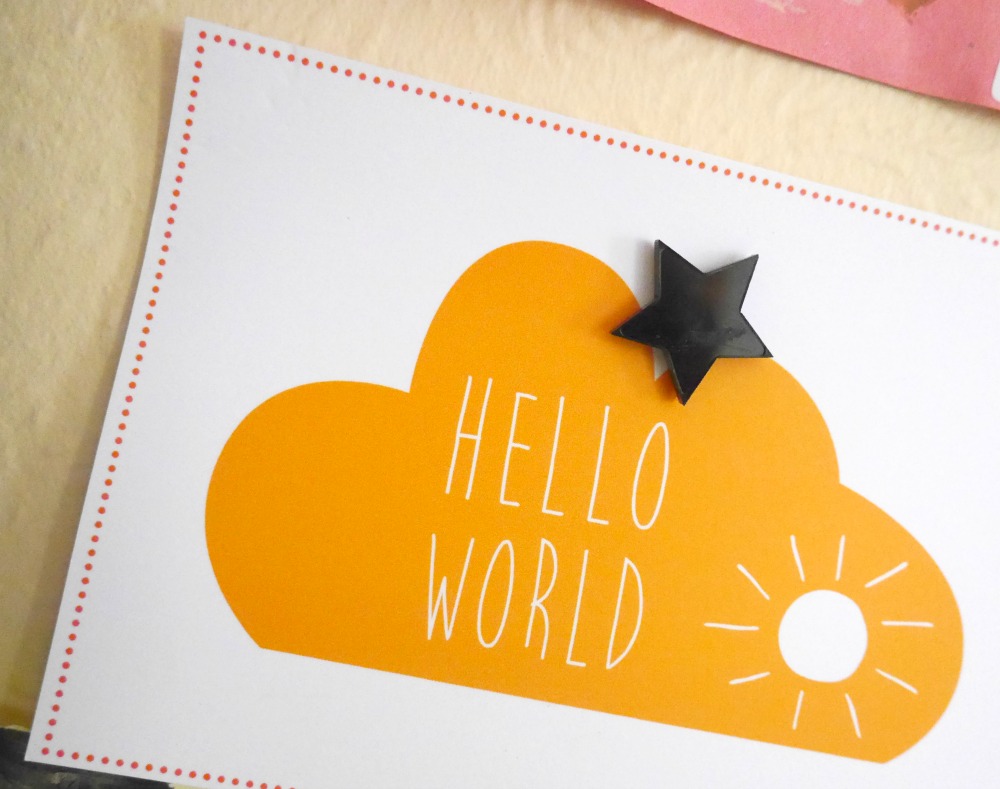 I liked the idea that we could change it as often as we liked, and also add things like photos and postcards from places we’ve been to. Absolutely no Tony Heart or Morph involved.

Alex’s verdict – it looks like everything from the table stuck on the wall! (Thanks). 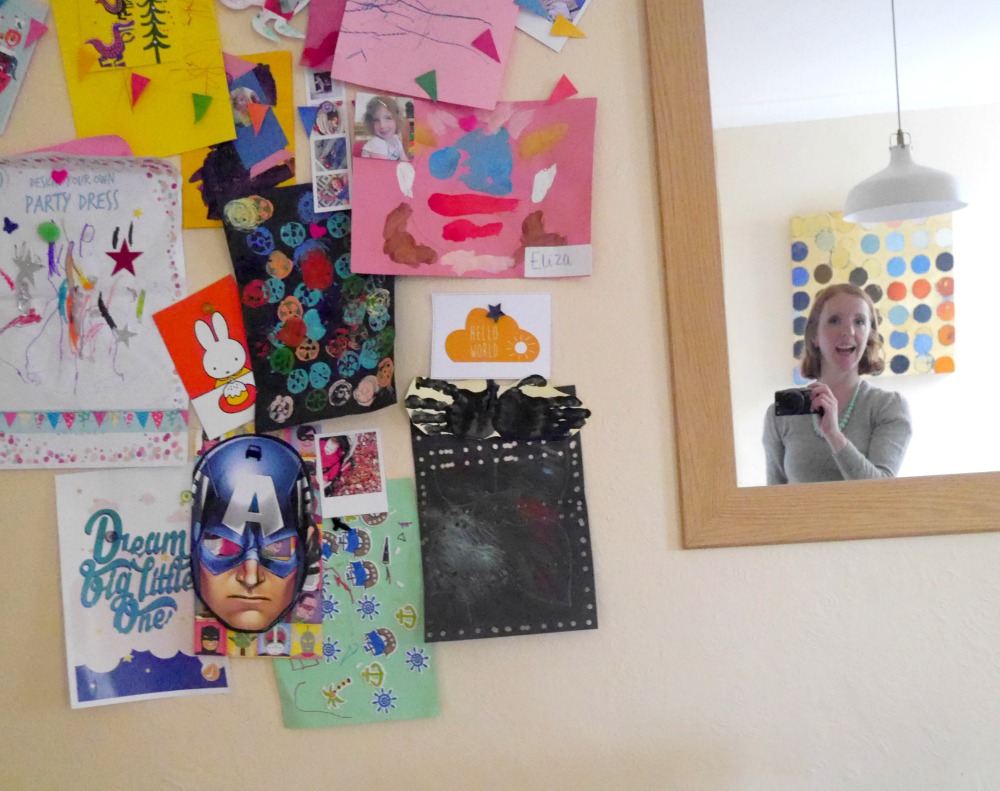 On the home front, we are actually entering next phase of our building work – the loft conversion. We’re having an L-shaped extension over the back, starting soonish. I was under the illusion that told it wasn’t nearly as disruptive as previous building work we’d have done like the bathroom or kitchen (but then someone told me this isn’t true). I’m trying to focus on how amazing it will be to have all that extra space, another bedroom and a room for a desk, eventually. I’ve just had a flashback to all the dust though, oh dear. Has anyone had a loft extension done? Tell me, honestly. 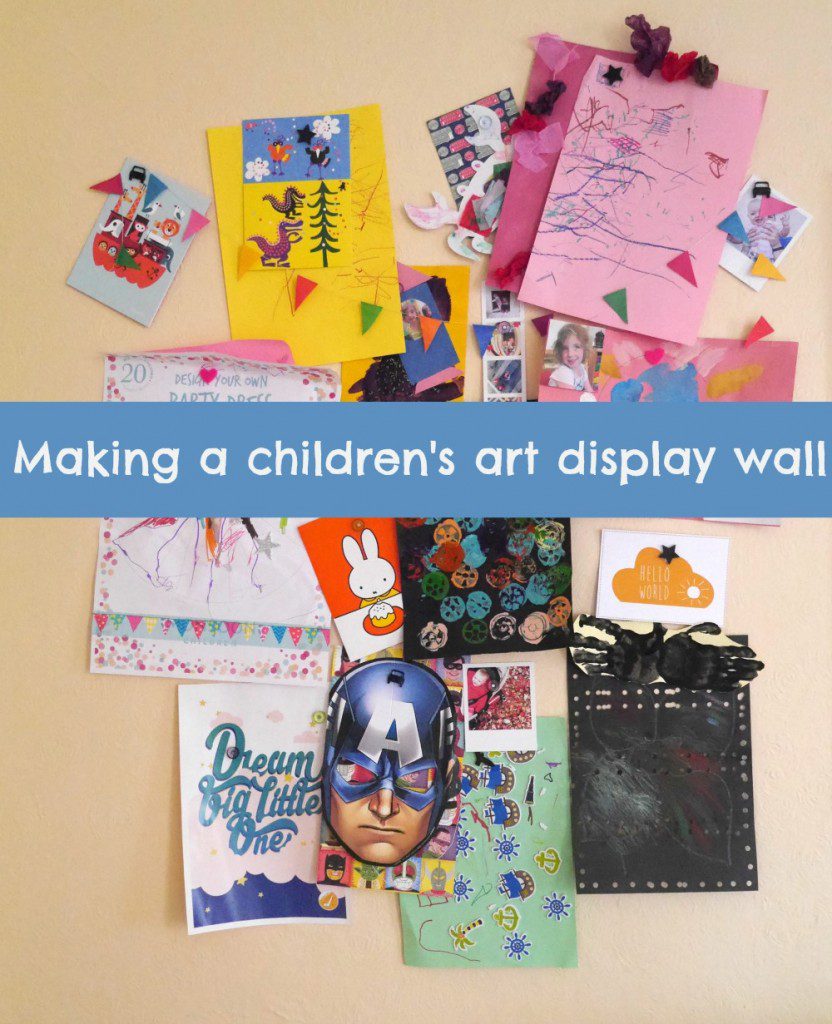