CBeebies Thumbelina preview (and 10 of the biggest CBeebies earworms)

Calling all parents of small children – we had a sneak preview of CBeebies Thumbelina, which is this year’s CBeebies Christmas show. So in honour of this event, I’ve listed out my top ten CBeebies earworms, aka the catchiest tunes from the channel that you can’t stop singing. Out loud. In your head. On repeat. Forever. 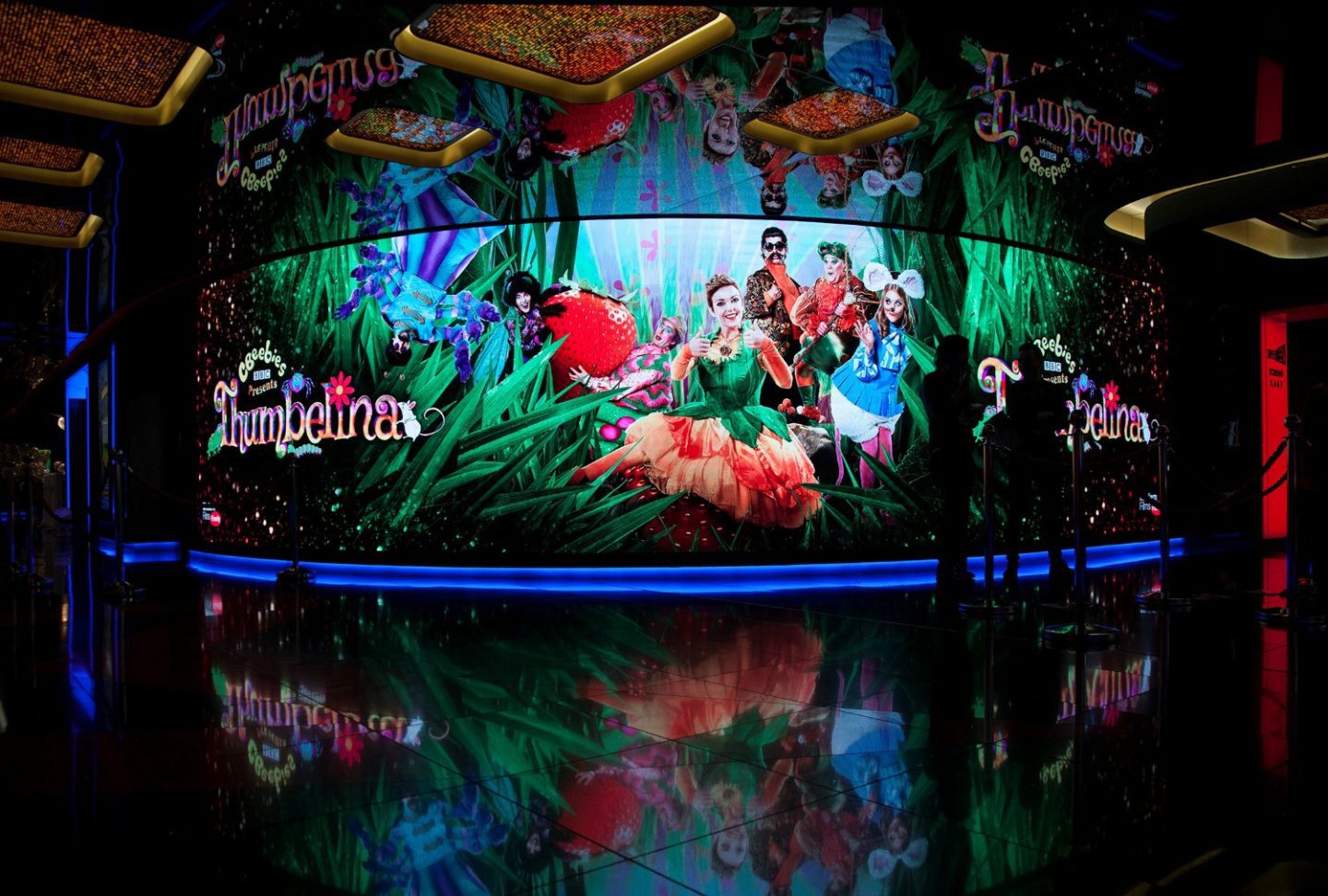 But first, CBeebies Thumbelina. We were lucky enough to be invited along to the preview screening this weekend. Which meant excitement levels in our house were HIGH (mine…as well as the children’s, obviously). 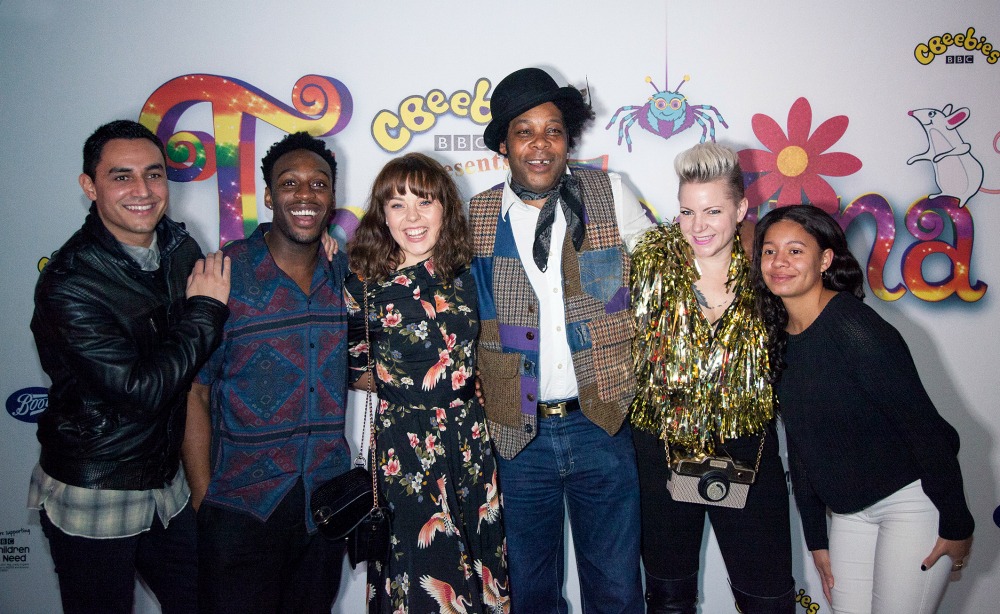 For anyone who doesn’t have pre-school children, the CBeebies Christmas show is a Big Deal – it’s *the* Christmas TV event for small children. It’s a live theatre / pantomime performance which is recorded and shown on the children’s channel a week or so before Christmas. It’s always fun and colourful and with catchy songs, and all of the presenters take part. In previous years the shows have included the almighty Snow Queen, Peter Pan and Alice in Wonderland. I should know, as I’ve seen them all. Many times.

This year the Christmas show is Thumbelina, and is an adaptation of the Hans Christian Anderson tale of a tiny girl who’s born in a flower.

Here’s the low-down on all the answers to questions you might want to know:

When can I see CBeebies Thumbelina? CBeebies Thumbelina will be shown on CBeebies on 21st December, but you can see it on iPlayer from Friday 14th December.  This year you can also see it in the cinema – really – where it’s being shown along with Justin’s Countdown to Christmas programme. More info here.

Who’s in it? Nina, as in, and the Neurons! Mr Bloom! Justin! Lovely Rebecca! Lovely Ben! Gem, Cook and Line from Swashbuckles! Andy! MADDIE.

Is it…good? I was worried that my children wouldn’t think it was as good as Snow Queen but YES, it’s brilliant and great and diverse and inclusive and has a really positive message. At one point my child turned to me and said ‘This is the best thing ever.’ So, yes.

How many times am I likely to watch it? *Whispers* probably a LOT.

What are the songs like…? Sorry to be the bearer of bad news, they’re great, but you’ll hear them once and never forget them.

And speaking of…to mark the launch of CBeebies Thumbelina, I thought I’d put together a list of 10 of the biggest CBeebies earworms.

As anyone who’s ever watched CBeebies knows, the Christmas shows and the regular programmes and presenter segments all have jaunty songs that are catchier than chickenpox at soft play. Some songs in particular are so catchy they will echo round and round in your exhausted, sleep-deprived head. You’ll sing them in the shower. You’ll sing them in the shop. You’ll sing them walking down the road, round the house and probably at 3am when you’re awake, again. Like yawning – which you do a lot, right? – they are contagious.

(I just want to echo here that these songs are brilliant, just…very catchy).

So here are my top ten ultimate CBeebies earworms. Agree? Disagree? Have I missed something out? Either way, sorry for lodging these in your head. Again.

I’m including this at number ten on the list as we’ve only seen it once, but we were singing it for the entire day after.

These are all lovely and educational (really – I’m thrilled that my children know so much about something it took to GCSE English for me to master).  And once you get over the fact that old Will S is *Robert the Robot*, there are so many catchy tunes to watch out for. Especially the ‘Hey Nonny Nonny’ song from Midsummer Night’s Dream. Sacrifice the everlasting singing for the education – just think about the kids!

‘There’s no one betttteeerrrrrrrrr’. And again and again.

SEVEN: My Pet and Me

Yep, I went there, sorry.

There are loads of these, LOADS. Historical favourites of mine from That Time when I had two small children and about half an hour of sleep a night include the ‘Whaaaaat’s on your plate?’ song. Which used to remind me it was lunchtime. And the song that reminds you what day it is. You know the one I mean.

FOUR AND THREE: The Oops and Idea songs – Molly and Mac

If you’ve not yet seen Molly and Mack, you should. It’s lovely, quirky, sweet and fun. But be warned, you’ll see it once and sing the songs forevermore. Each episode is based round some sort of problem and a problem-solving idea to fix it, with two distinct songs – the ‘Ooops, oh no!’ song. And the ‘I have an idea’  one (do you want to hear my iiideeeaaa). And her in lie the earworms:

It’s a simultaneous state of love Dr Ranj / can’t stop singing this song. Especially when it merges into the Celebrate the Season song. Like the Snow Queen, it’s never far from here (here being your head, obvs).

ONE: Funky Uncle Drosselmeyer – The Nutcracker

It sounds innocent, but the tune, and mainly those three words, will hook into your brain and NEVER LEAVE.  I swear I’ll still be singing this when I’m 80. And my theory is that this song is like The Game. Sorry if I’ve made you lose. I’m…you know the rest.

So God bless CBeebies, the channel that’s been giving parents two minutes head space and time for a hot cup of tea since, well, it all began. The commitment to entertainment, unquestioning inclusivity and diversity in its brightly coloured, entertaining land in worth the license fee alone. And best of all? Despite the singing, there are no adverts (something I’m sure anyone who has a child who’s watched TV in the run up to Christmas and said ‘I WANT THAT’ will recognise).

Thanks to the BBC for inviting us along to the screening…more blog posts about children’s TV (Me before kids: Mine will never watch it! Me after kids: *side eye*) Truth and lies in Topsy and Tim…motherhood mysteries and Do You Know? And the politics of Paw Patrol