An ode to it not yet being autumn

Oh, autumn. Season of mists and mellow…NO! Not yet! 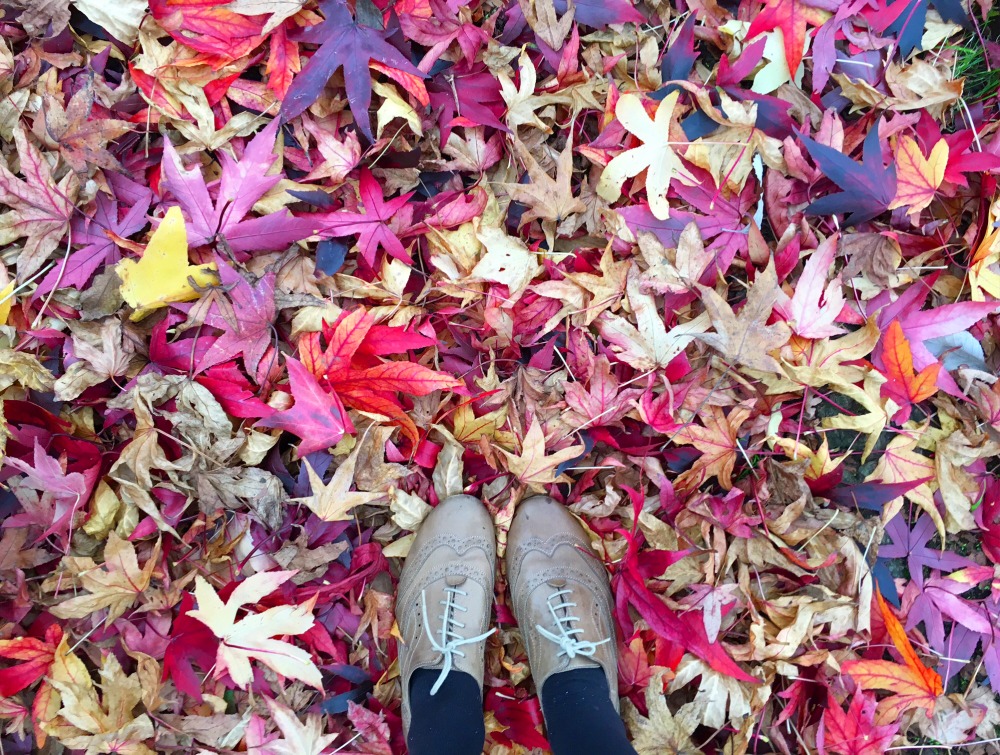 I don’t know if it’s because this summer has been so up and down, like a meteorological yoyo, or because so much un-brilliant stuff has already happened this year, but there seems to be a larger-than-usual amount of people already welcoming in autumn.

But wait! It doesn’t actually start till 22nd of September. So technically it’s still the wolf scratching at the shut door that’s marked ‘season change’ and we have about three weeks left of whatever season it is we’re currently having.

Also, I think there’s often a romantic vision of autumn being all golden leaves, a nip in the air and wearing cosy clothes to walk through the leaves when there’s a nip in the air. Which is exactly what autumn is like, really, if:

A) You live in a romantic comedy

B) You live in gloriously autumnal New England.

In reality it’s often more leaves on the line, leaves in the pram wheels, wet feet and a impending sense of doom about six-to-eight more months of damp and darkness.

OK I jest, kind of – I love autumn as much as the next leaf-feet-Instagrammer. I love the expectation, the crisp weather and refreshing sense of change. It kick starts a couple of months of fun for everyone. But surely there’s still at least five minutes of disappointing summer left in this year (surely?)

And also, I guess, the real reason I’m resisting is because for us, autumn this year marks the change from the season called ‘vaguely still a baby’ through to the one called ‘no denying it, yep she’s an actual, proper child’. We don’t start school yet for a week and a half, and then it just gets scarily real.

So like a true mum in the summer who is JUST NOT READY to be a mum in the autumn, I’m going to eat an ice lolly with my feet in the swimming pool. Wrapped in a blanket. Shivering. Who’s with me? Guys? Guys..?