The one where we have afternoon tea with Elmo 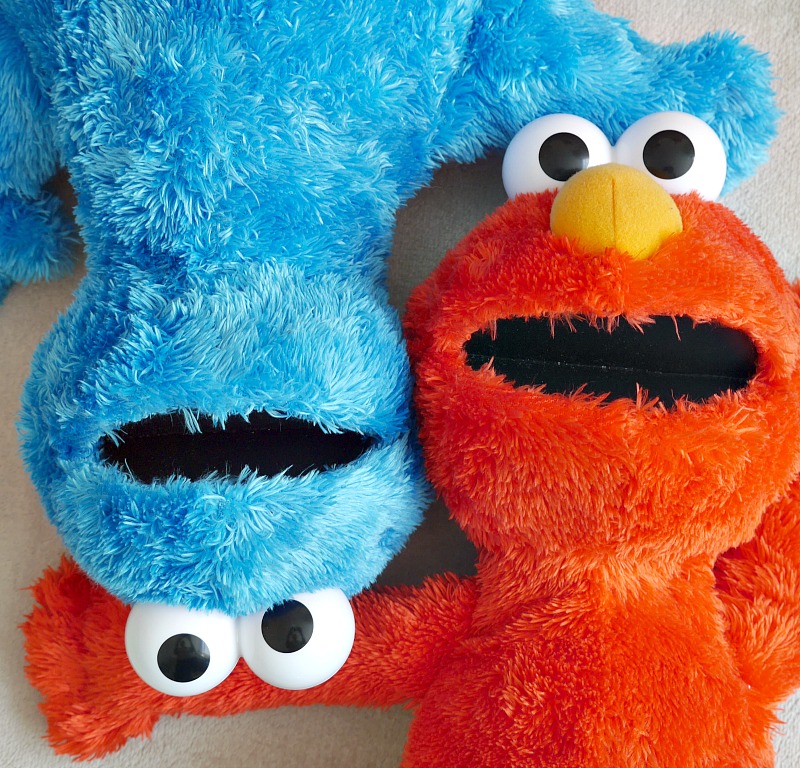 Have you seen The Furchester Hotel? It’s the new CBeebies children’s TV programme featuring a whole host of furry muppets, monsters and some of the Sesame Street characters, who all work together to run a hotel. You’ll know if you’ve seen it, because you’ll be happily singing the Furchester songs for the rest of your days (no exaggeration).

To celebrate the release of new episodes of the programme as well as the launch of a new range of Furchester toys, we were invited to have afternoon tea with none other than Elmo, as well as some of the other characters from the show.  I’m not sure which member of our family was more excited.

So what was it like to meet the great red man (?) himself?

Well; it was a lot of fun. It took place at the Millennium Mayfair hotel in London (which is really close to the Maze Restaurant). 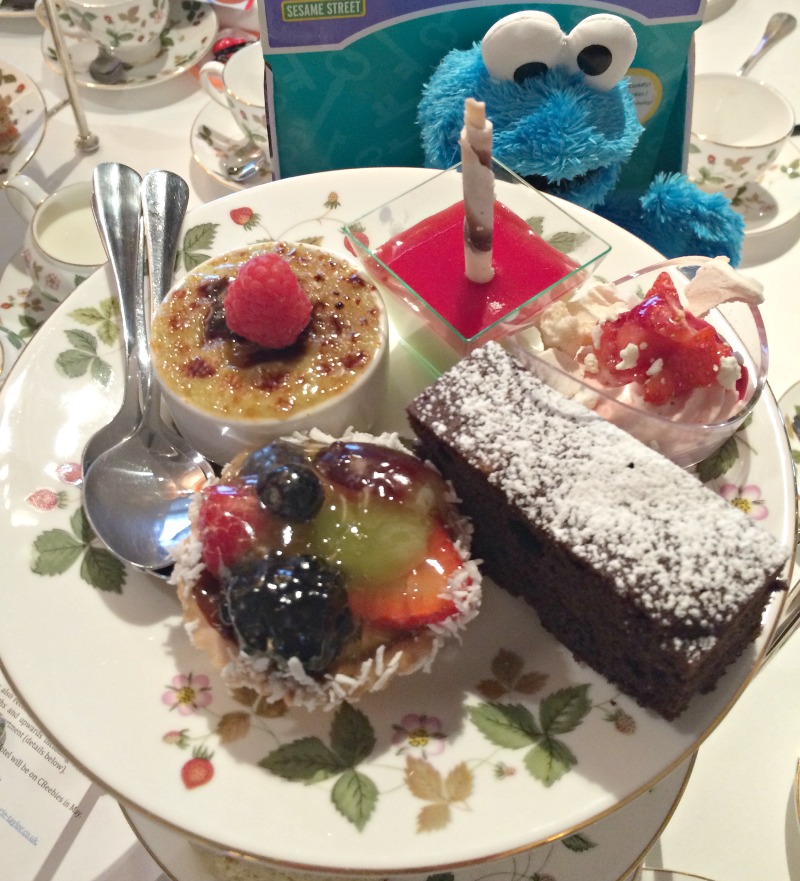 All the children got to watch the new Furchester episodes – introduced by the man behind the series – before meeting the puppets and their ‘helpers’ (*cough* puppeteers) who do the voices in the show. So we got to meet the ‘actual’ Elmo, as well as Funella and Phoebe. 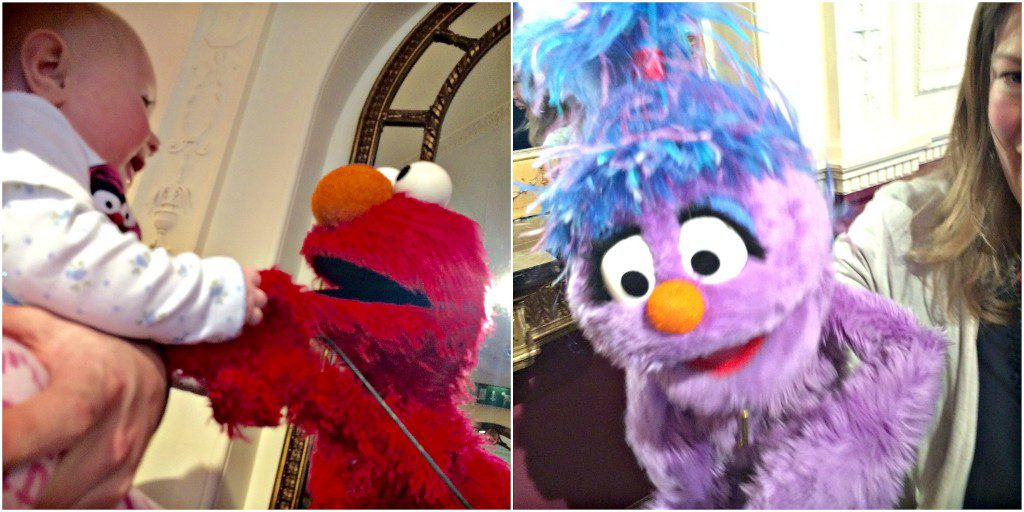 There were also lots of the new toys to play with (you can see the full range here). 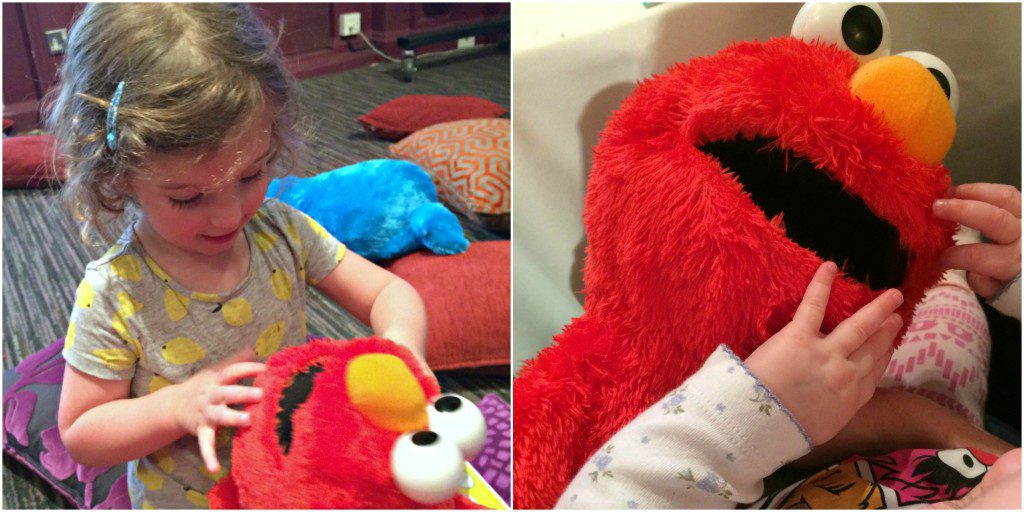 The Elmo soft toy was the biggest hit. Florence was really into Elmo, and was overjoyed to meet the puppet – she even attempted to chew on his nose.

We also wangled a Florence-sized Cookie Monster to come home with us and Elmo too. 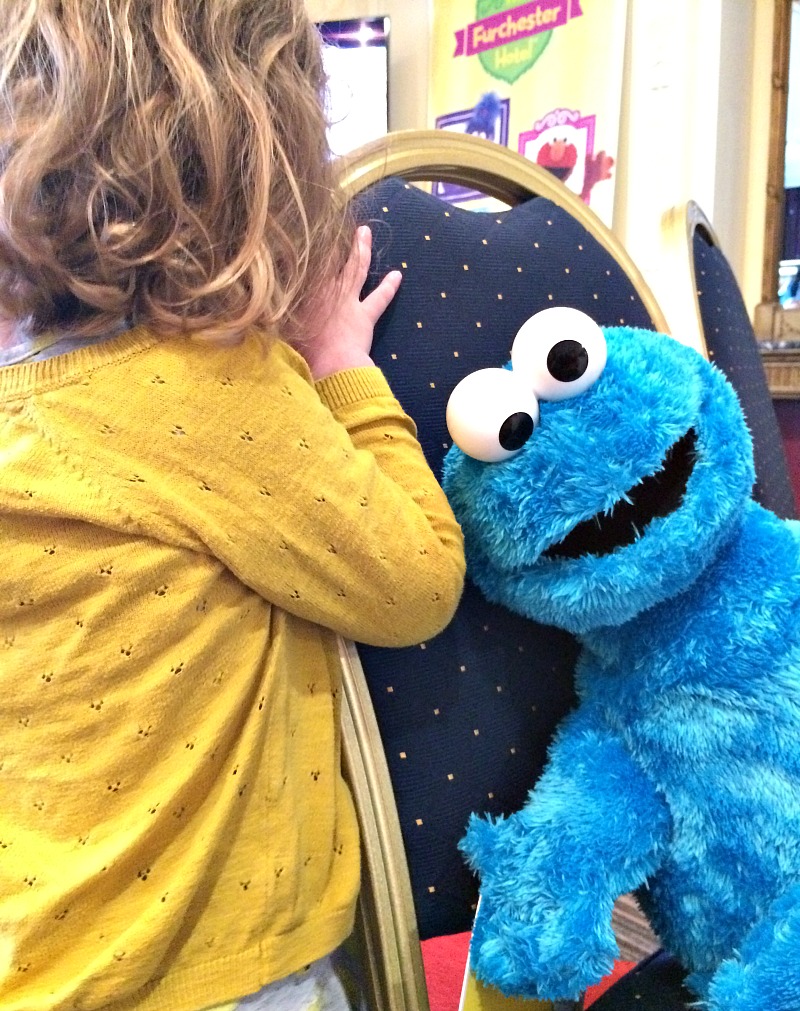 We tried the pretty amazing afternoon tea while all of the muppetery was going on (it was as great as it looks; those cakes!). There was also a children’s afternoon tea, with peanut butter sandwiches, veg sticks, cakes and smoothie shots. Everyone at the hotel was really lovely, and even gave us toddler-sized dressing gowns to take home.

Afternoon tea with the muppets should totally be a regular thing, shouldn’t it? 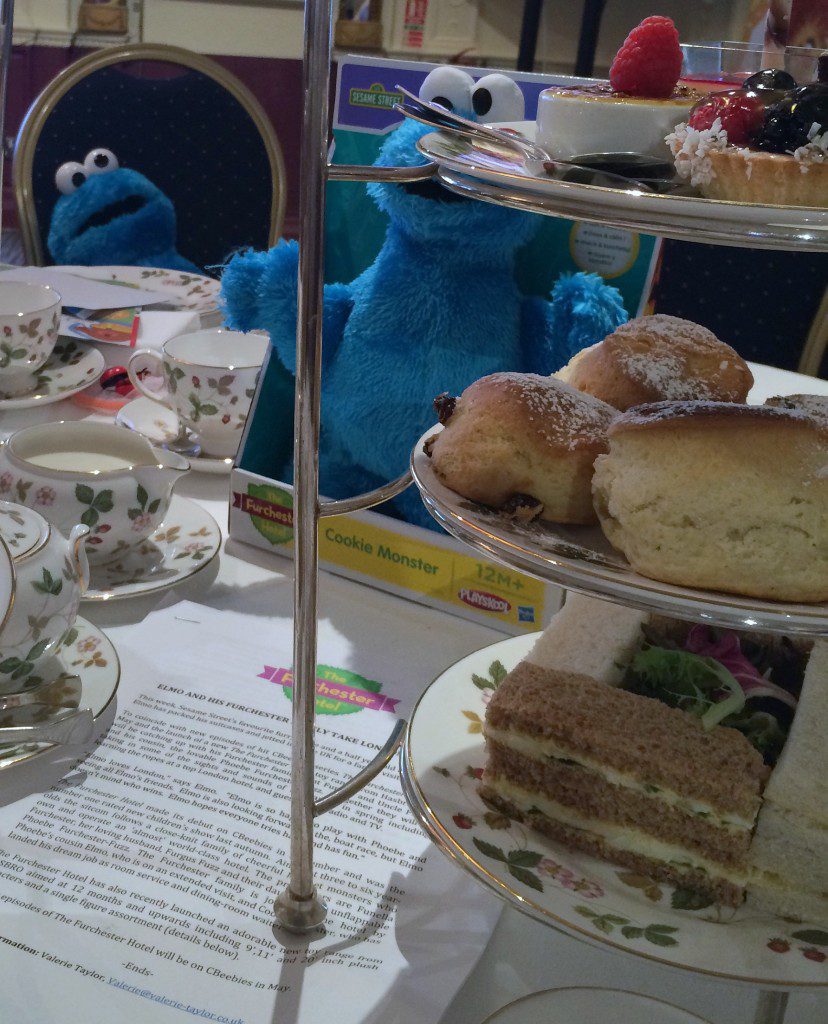 I’m pretty lucky to get to do some great things because of my blog, but this is probably one of the best. The morning after our visit, Eliza woke up and said to me ‘Can we go back to the Furchester Hotel please?’ It made me really sad that I had to say no. But at least we’ll always have Elmo.

The new episodes of Furchester Hotel will be on CBeebies in May. The toys range from £1.99 for the single figures to  £19.99 for the giant plush toys.