What’s your secret single behaviour, as a mum? On Sex and the City 20

Sex and the City, the ground-breaking TV programme EVERYONE loved, was first shown on our screens 20 years ago. How crazy is that?! Doesn’t it seem like getting older is just one long opportunity to repeatedly make yourself feel ancient, especially when it comes to popular culture that you’d swear was released yesterday but is actually now decades old? 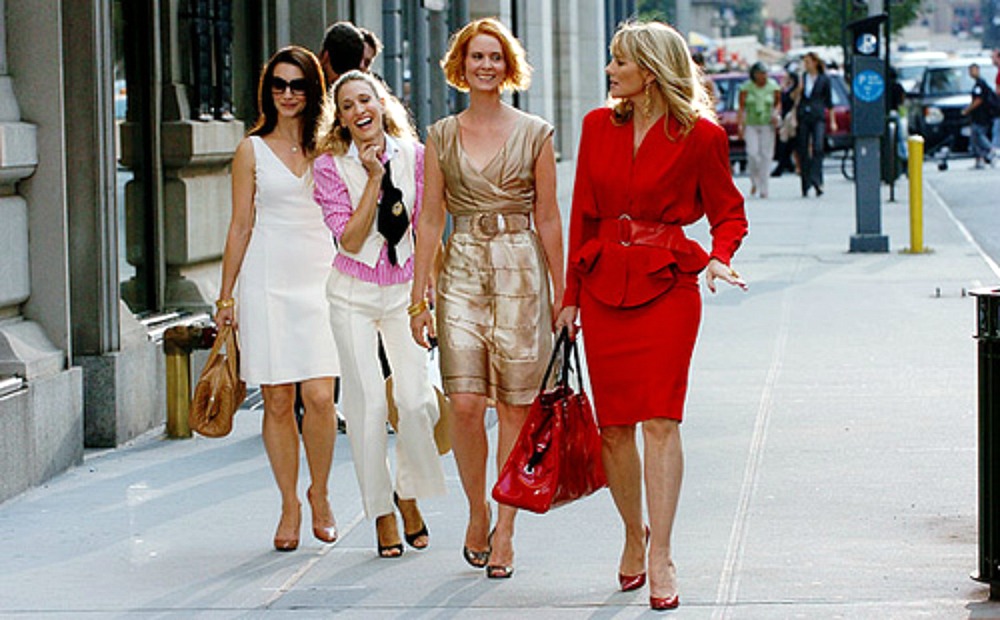 It goes without saying that I loved Sex and the City. Everyone I knew did. At University we used to watch it without fail, with wine, pre-going out, and it was the highlight of the week. As a group of not-girls-not-quite-women (thanks, Britney) we loved the gutsy female-first attitude of Sex and the City, the ‘friends are family’ message. But we also loved the shoes, the outfits and the glitz and glamour of frivolous single 30-something New York life. Everyone secretly wanted to be Carrie. Obviously. 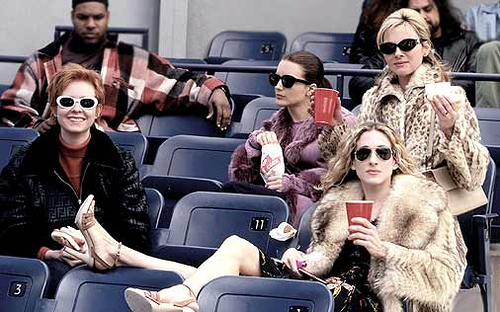 Even when living a frivolous single-and-always-hungover 20-something London life it was still a favourite (I had a flat in Shepherd’s Bush with a damp bathroom vs a bijous apartment in Manhattan, and shoes via Top Shop that were constantly re-heeled at the tube station, instead of the Jimmy Choo store). The Sex and the City series finale was a huge event and we did even less work the next day in favour of furiously discussing it over MSN Messenger.

Has anyone seen Sex and the City lately? Recent viewings have shown me it hasn’t really stood up to the test of time, sadly. Although you’d expect the cultural references and fashions to be dated, Carrie now seems whiny and selfish and clearly not the best friend (who was Miranda! Tell me I’m not wrong. Or Charlotte. Or Samantha).

And yes, some of the plotlines are kind of questionable e.g. where she demands everyone lend her money to buy her flat because she’s spent it all on shoes. Or whenever she spends all her money on shoes full stop (where does she get it from, writing one newspaper column a week?) Or when she cheats on lovely Aiden with awful Big. Or the unspeakably bad Alexandr Petrofsky (still don’t get it). And we won’t mention the second film, which was so toe-curlingly bad I was too embarrassed to even walk out of the cinema.

However, it will always have a soft spot in my heart and some things are still great. One of which is the episode where they talk about ‘solo single behaviour’ – the type of thing you do love to do when you’re by yourself with no-one else around – their examples included eating a stack of crackers while reading Vogue, or putting on face masks in front of trashy TV. References like this are still relevant as they are as true now as they were then. Everyone has fun and borderline weird stuff they do then they’re home alone, don’t they?

Decades have passed – gulp – we’ve all moved on, and I don’t have solo single behaviour like I used to (mine was usually drinking one too many bottles of fizzy wine then crying). As a mum of two my solo single behaviour is based on those rare occasions when I’m on my own minus children. Don’t get me wrong, I would happily lay down on a bed of sharp stiletto heels for them, but having a break is still a novelty.

What’s your secret solo behaviour, mum style? And did you love Sex and the City as much as I did?