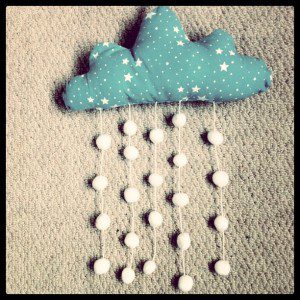 So we’re halfway there…already! Considering that the run-up to the 12-week scan seemed to be in perpetual slow-motion, the last few weeks have flown by. I’m not really thinking about how quickly the next 20 weeks will go, especially when Alex and I realised, after being asked when out at the weekend, that the answer to the question of ‘how prepared are you?’ is ‘not very’.

Reaching this point also meant I was due back at Kings again, for another appointment at the blood clinic. One of the various factors making mine a high-risk pregnancy is an inherited condition I have called Factor 5 Leiden, which basically means my blood is predisposed to clotting. It’s actually more common than you’d think; 5% of people in the UK have it in some form. However, what it means for pregnancy is that as oestrogen is not really my friend – and you generally produce lots more towards the third trimester – then I’m at greater risk, than my normal, already elevated status, of developing a blood clot. So to hopefully prevent this happening, from now until about six weeks after I give birth, I have to inject myself at home with something to thin my blood.

It’s actually less daunting than it sounds; everything comes conveniently pre-prepared, it’s a small needle, and you jab it into a fleshy bit of skin so it’s hard to get it wrong. Apart from the sting, the worst part is having to do it at the same time every day, which means setting my alarm even on the weekends. However, it’s more than worth it in the long run and I’m actually finding the constant pregnancy blood tests worse (they can never find a good vein so either end up using my hand or leaving me with an attractively bruised elbow).

In slightly more upbeat news, this week I also started to look pregnant (or just slightly more fat as I don’t really have a proper bump yet). We saw some of our friends on two consecutive Saturdays, and they both said how different I looked yesterday from the week before. It’s exciting for this to finally happen, as it makes it all seem more real, and it also means more clothes shopping -whoo!