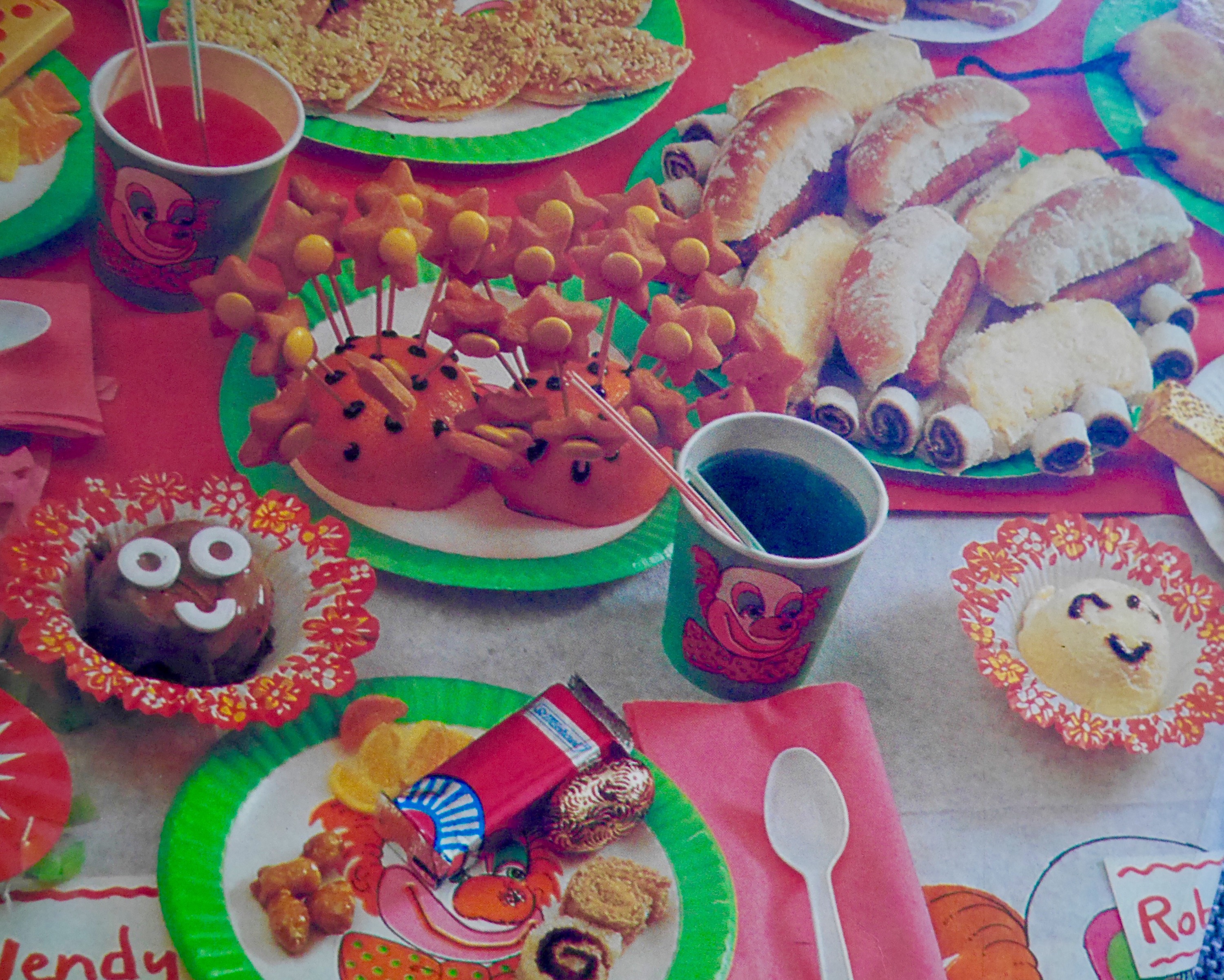 My first-born baby turns three in two weeks (Three! I know). So we’ve recently been thinking about how to celebrate. As she’s loved every single second of every party she’s been to, it was clear how much she’d like one of her own.

I skirted around the issue for a while because here’s the thing; the idea of hosting a children’s birthday party is ever-so-slightly terrifying. It’s a scary world it seems, one of entertainment one-upmanship and party bag perfection in which people send invoices to children who don’t attend, if you believe the news. I doubt my strategy for grown-up parties – wine, wine, food, more wine anyone? – will cut the mustard with a group of pre-schoolers (the parents, on the other hand…)

I expressed these concerns to my mum, “Aha” she said. “I’ll send you something.” A few days later a parcel arrived and in it was the blueprint to all my childhood celebrations, an old book from M&S called Giving a Children’s Party. Like everyone of the pre-Internet era, my mum bought books when she wanted to research things, and this one from 1980 outlines everything you need to know in the world of party planning, from ideas for themes to invites and food.

The 80s to me was the golden era of birthday celebrations; it was my party heyday, back when things really were all fields. But how different was advice for children’s parties 35 years ago? Let’s take a look at how kids partied like it was 1980.

Picking a venue: In the early 80s the king of party venues was either your home, or a drafty local church hall, apparently. There are even suggestions for negotiating with your tricky local warden to book the date. It also has ideas for a bus or train ride party, a nature walk, or a party where children run around a field after a ball of string. Simpler times. In this pre-gastropub era, a party in a public house – my daughter’s first birthday – was clearly not the done thing.

Getting the party started: My two favourite party prep suggestions to make sure everything goes to plan. 1) Wrap up your precious china in newspaper and store it away, and 2) Make sure you have two teapots and two kettles to ‘keep the tea flowing’ for mums and dads.

Children’s party themes, 1980-style: While some themes remain eternal – pirates, fancy dress and the like – there are some slightly interesting suggestions including a pink and for girls and blue for boys party, and a mummies and daddies theme (hello 1980s, a time where gender stereotyping wasn’t really a thing, unlike now…oh wait). My favourite though is the idea for a restaurant party as ‘children will love the novelty of being taken out’. Clearly this was a time when Saturday lunch at Pizza Express wasn’t a weekend staple. There’s also the suggestion for hosting a children’s television watching party – for those with ‘busy lives’ who ‘don’t have the time to organise anything else’ (I get the feeling this means those modern menaces to society, working mums).

Children’s party food: It’s fair to say tastes might have moved on slightly, as my babyccino loving daughter will tell you. The party food featured in the book is mainly beige and orange. There’s pineapple and cheese sticks stuck into a half melon wrapped in foil, instructions on how to make cheese spread and hundreds and thousands sandwiches, necklaces made of Hula Hoops and mixed plates of crisps. I love a sundried tomato as much as the next middle class mum, but wait…who am I kidding? The pictures of the good old 80s buffet looks brilliant. There’s also – daringly – a whole page devoted to full fat squash and coke floats. No wonder we were all so hyped up. 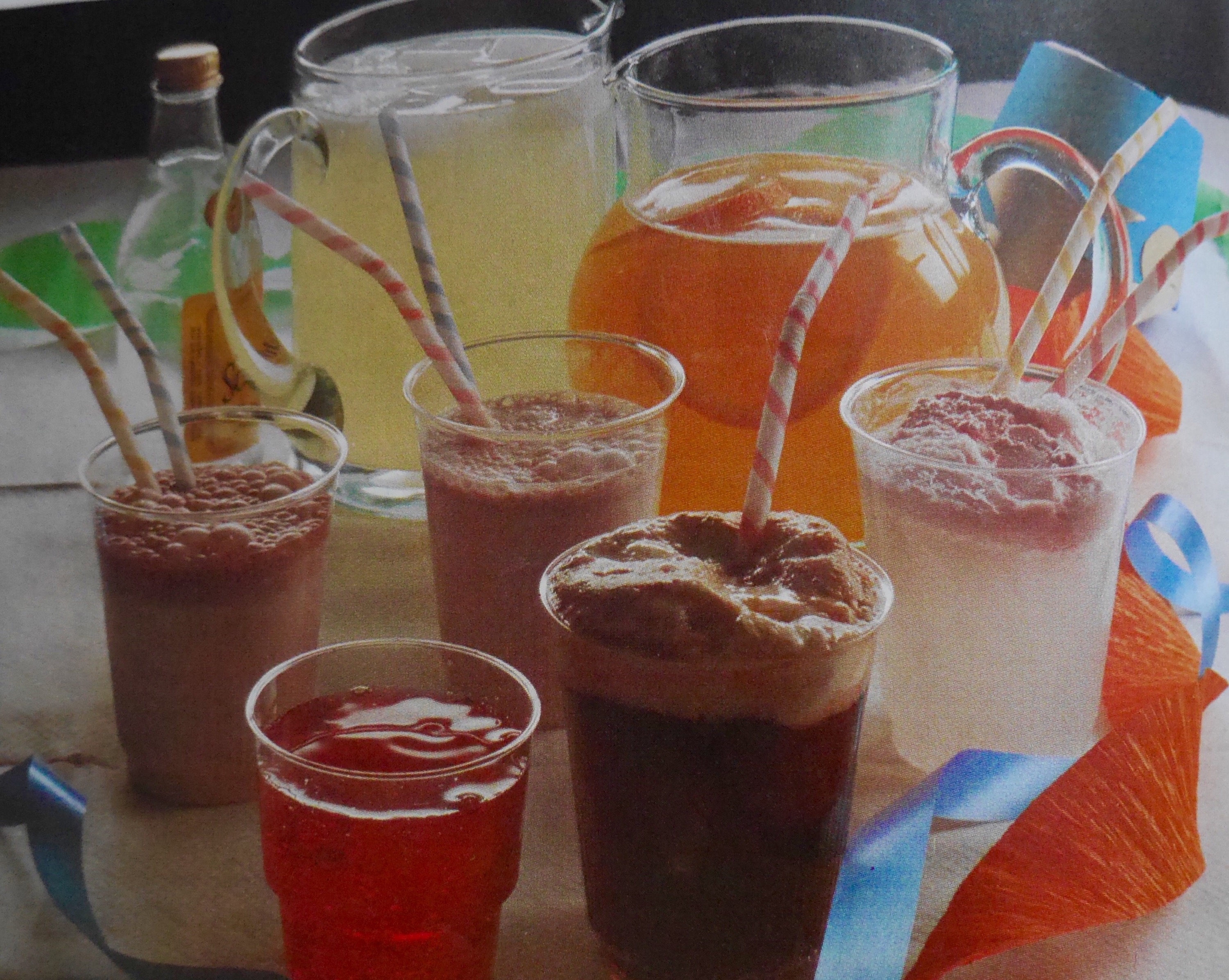 Entertainment: All clearly homemade back then, unless you could rustle up a magician. There’s what appears to be a pre-Pinterest piñata – with some children hitting at a paper bag containing a handful of sweets hung from the doorframe. But some things remain eternal – the games it suggests are party staples at all parties, even now. Pass the parcel, musical chairs, statues. All the classics, and you can’t really go wrong with any of these in any era. 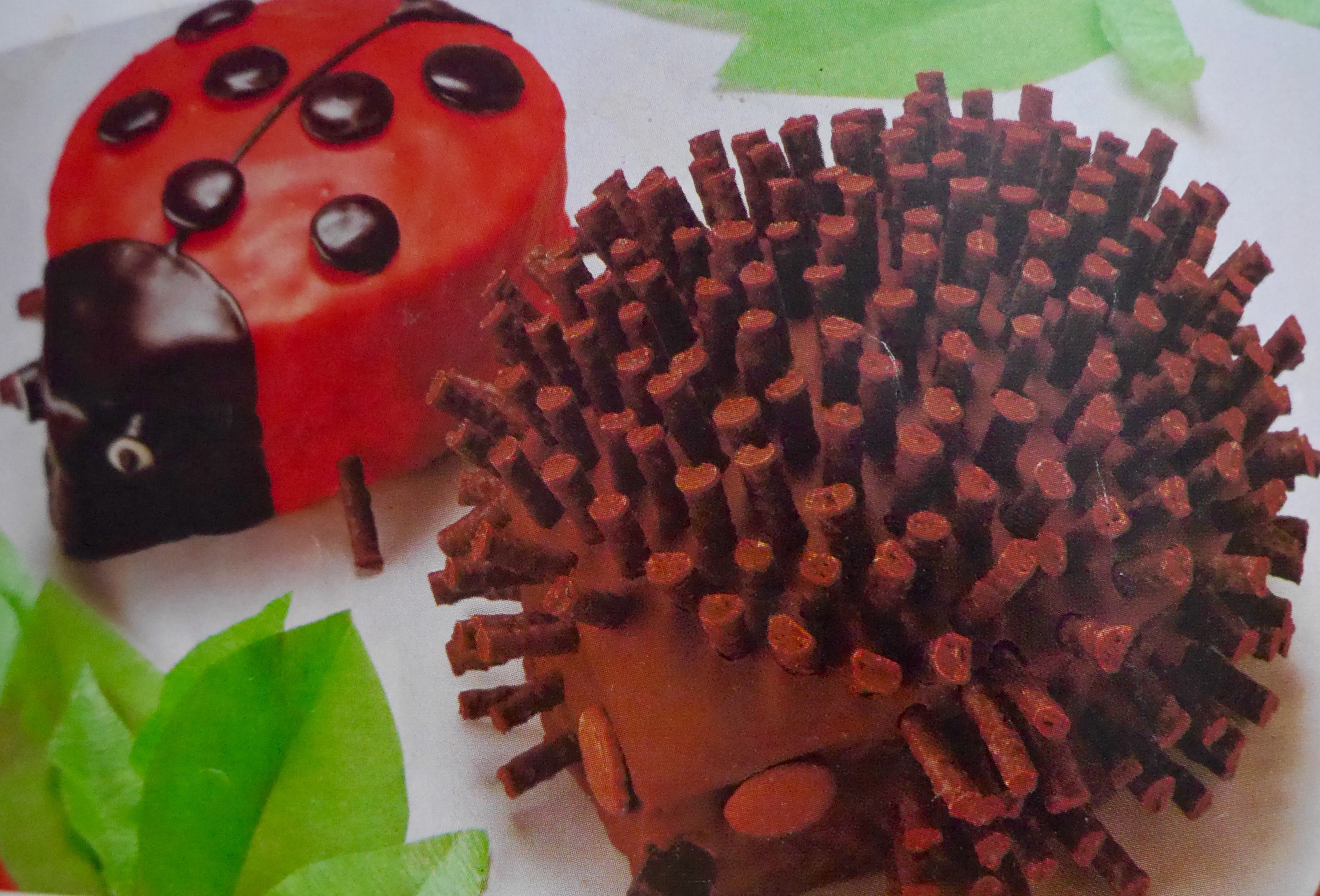 The cake: There’s no mention of a – horrors – shop bought affair, it’s homemade all the way and there are recipes for all the classic Jane Asher style affairs. My absolute favourite is the incredibly 80s hedgehog made of Matchmakers.

What I love about this book – apart from all the memories – is that it’s from an era when everything was bodged together, with love, and definitely not Pinterest perfect.

When thinking about the parties of my childhood they were all fun, laughter, games and dancing, with a bit of added sugar. Some things transcend all decades. Eliza has had the time of her life at every single party she’s gone to, and she’s only going to be three. I’m not sure can go far wrong with cake, friends, hummous and a few pass the parcels. I’m stocking up on Prosecco instead of an extra kettle though. 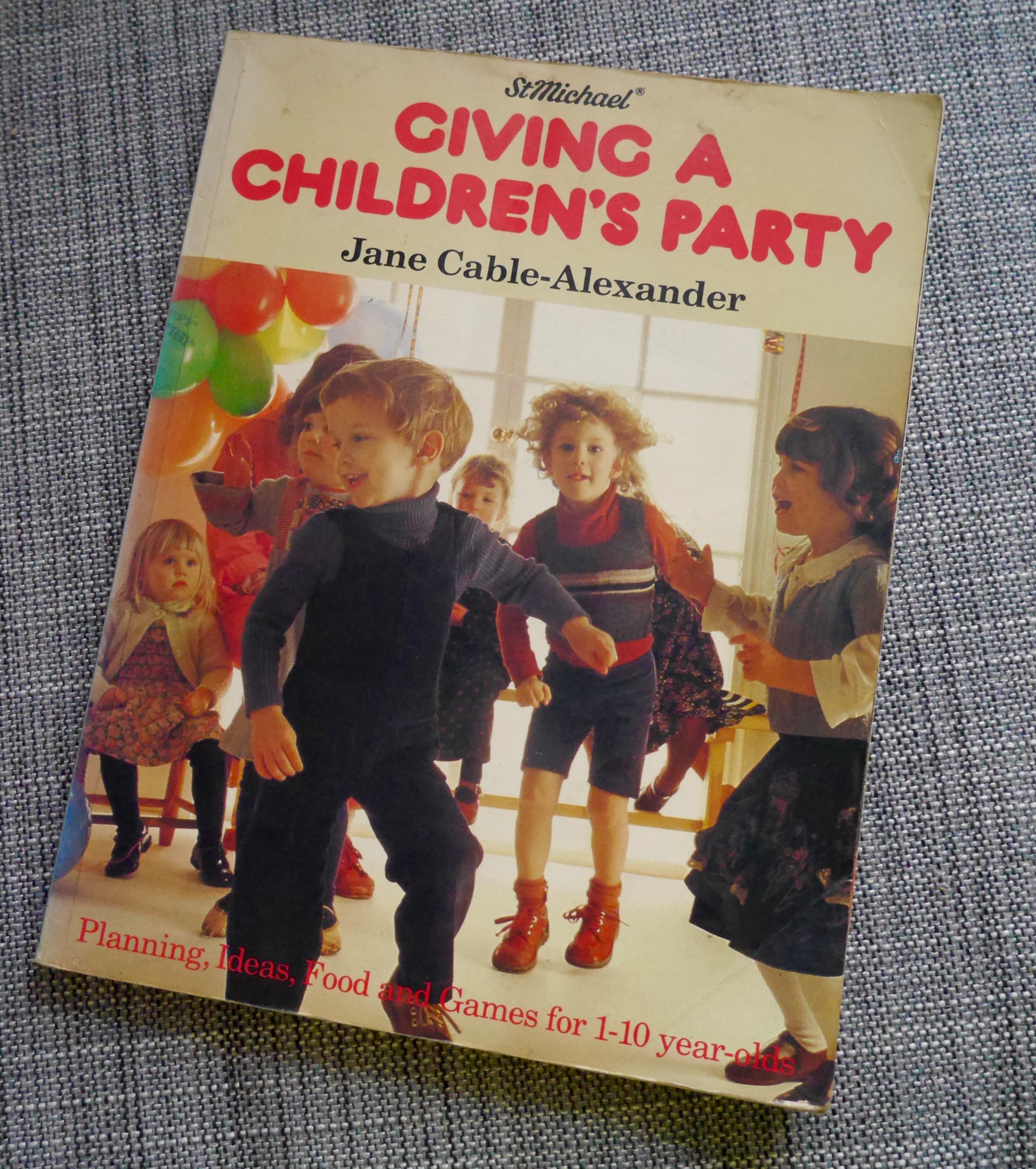