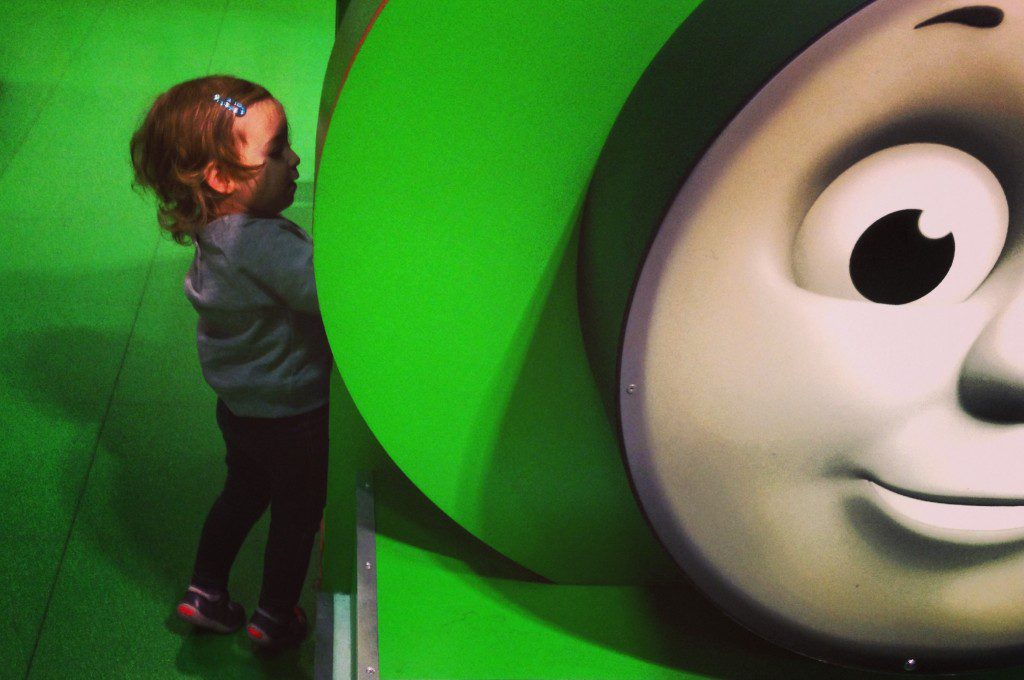 There was a traumatic shopping afternoon, several years ago, that made me swear that I would never, ever again set foot in the Oxford Street area on a weekend any significant number of weeks ahead of Christmas. So what were we doing there last Sunday, queueing up outside Hamleys before it had even opened?

Like a lot of little people her age Eliza is fascinated by public transport. So as well as her all-encompassing love of Peppa, she’s also pretty fond of Thomas the Tank Engine. She’s strictly a fan of the modern version though, no Ringo Star for her (as an aside Alex and I are fascinated by the undertones in the series – the mysterious, accident-prone island it all takes place on, all the engines’ strict socialist work ethic and the parallels with season 2 of The Wire. It’s amazing what you can come up with when you’re delirious due to lack of sleep).

So even though it meant braving the wild frontiers of central London at prime shopping time. we were more than happy to go along meet The Fat Controller at a special launch event for the Thomas the Tank Engine and Hamleys’ Christmas journey, Tracks 4 Thomas. It’s a really sweet charity campaign that aims to deliver Christmas presents to children in hospital across the county – you can find out more information and take part on the website.

There was face painting, a magician, balloons, and story time. And the Fat Controller himself, who was brilliant – like a real life version of the great cartoon man himself (Eliza’s wearing a lot of Thomas stickers and this top). 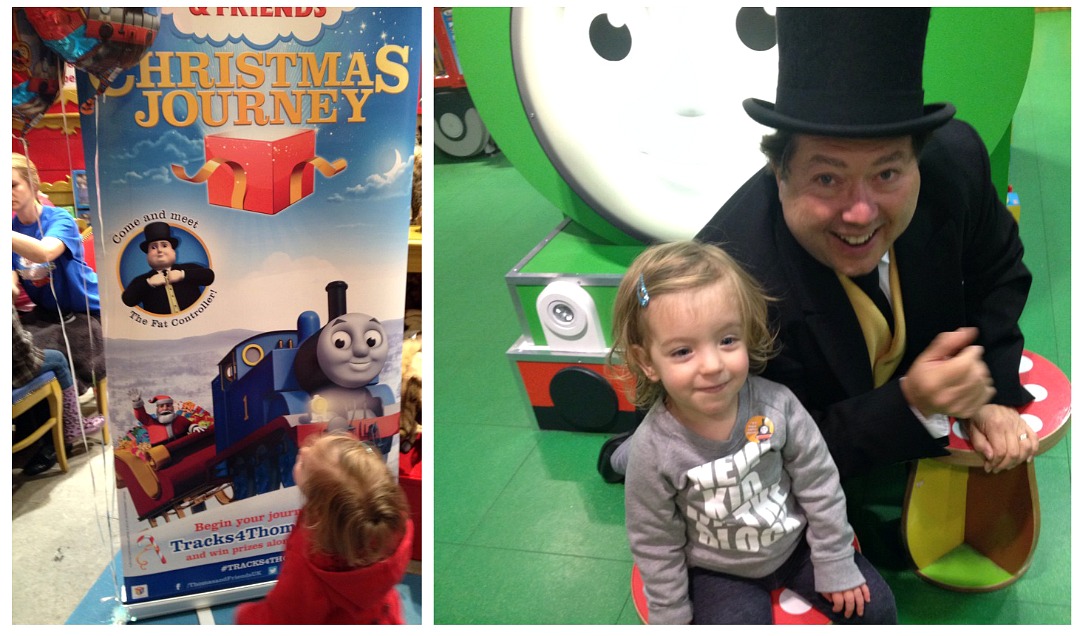 As the shop didn’t open to the public for an hour, we also got to run around Hamleys like, well, toddlers in a toy shop. Which was a lot of fun.

We took a detour home via Carnaby Street. When I heard the Christmas lights this year were 3D robins, I was expecting something huge and dramatic, on the scale of the spooky inflatable snowmen from a couple of years ago. What do you think? 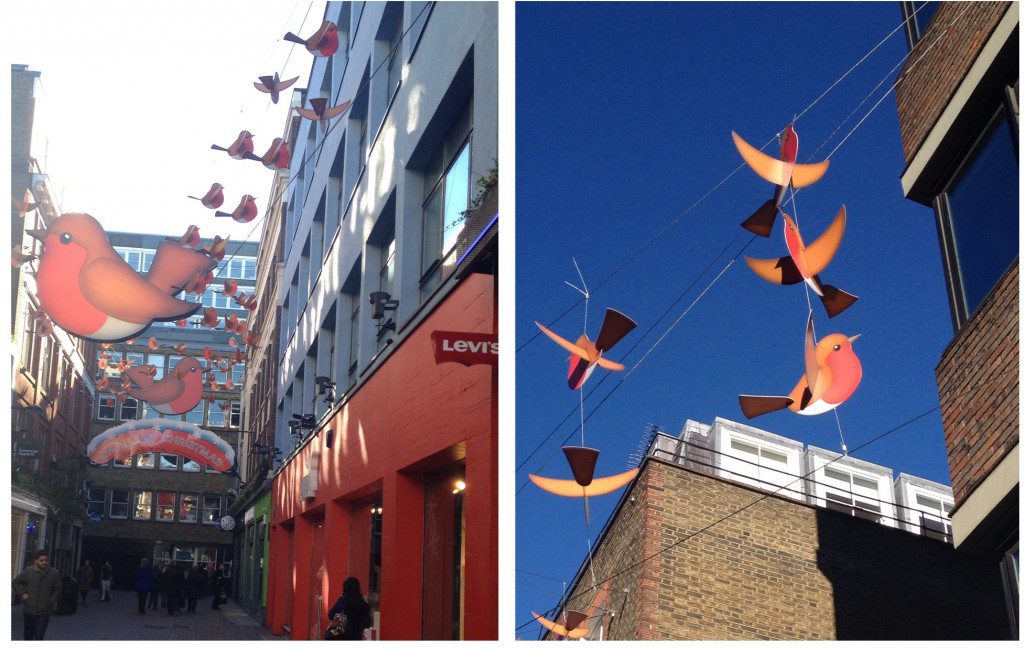 Pretty, but a bit…meh. I’ll get our new friend the Fat Controller to have a word.