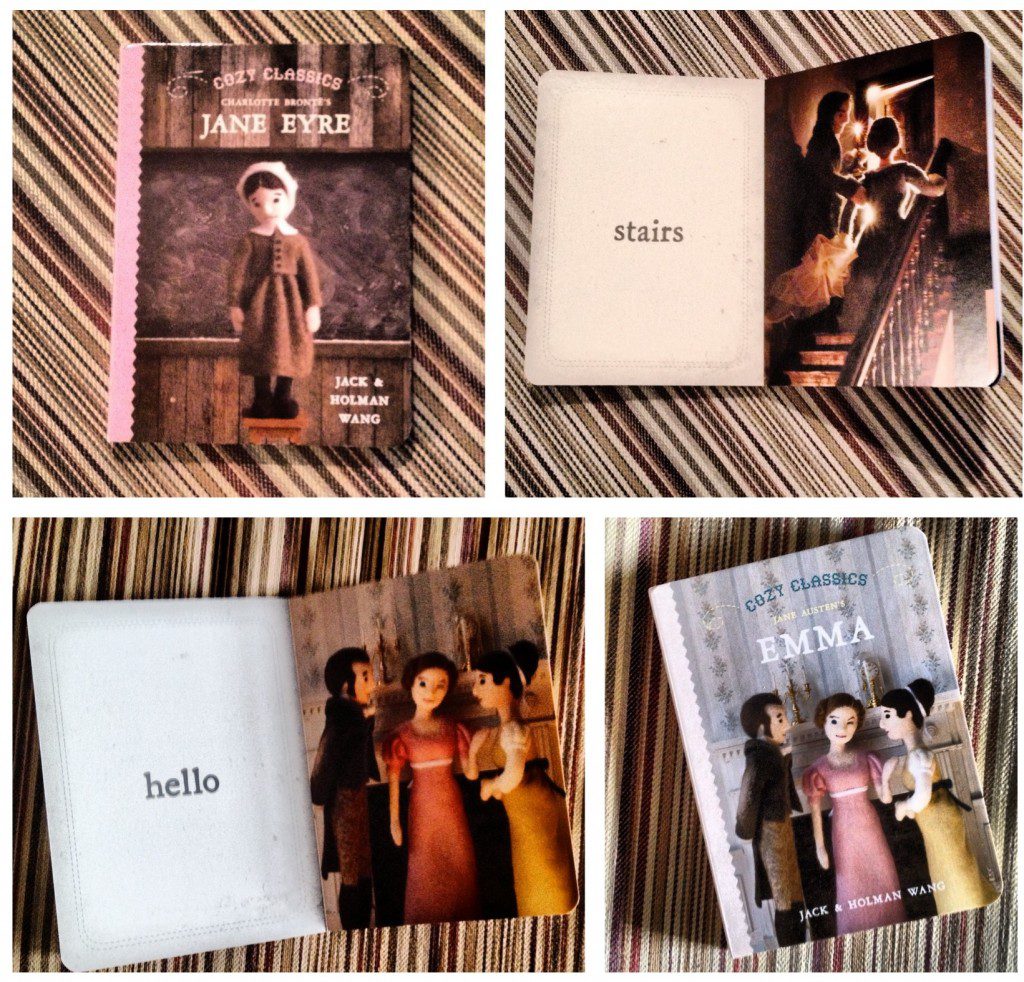 Did you know it’s nearly 20 years since the film Clueless was released? As if! The film itself was loosely based on a classic novel, Jane Austen’s Emma, but retold in a updated setting for the modern-day masses. I know people can get pretty highbrow about the classics, but I don’t think there’s any point in being elitist; why shouldn’t they be reinterpreted in a way that makes them accessible for everyone, even children?

The Cosy Classics series of board books aim to do just that. The books take some of the world’s most well-known stories and re-tell them in a child-friendly format, with one word per page and a series of felt models ‘acting’ out the scenes.

We were sent a copy of two Cosy Classics books to review; Jane Eyre and Emma (£6.99 each). The felt models used in the illustrations are unusual and a surprisingly sweet way of storytelling. I also really like the idea of distilling the plots down to twelve key words – although this did make it tricky as the mists of time and lack of sleep have made me forget the finer points of the full stories, shocking I know. Although it’s always fine to improvise with children’s books, I reckon; they are too little to tell at this point.

And on that note I’m not sure how much Eliza will really get of the stories at such a young age, although she loves being read to and sitting looking at books. But then most things like this – baby yoga, lovely Swedish children’s clothes, wooden toys – are clearly just for the benefit of the parents anyway aren’t they? And I really liked them, so much so I got one for my niece for Christmas.