Have you heard about Bambajam? 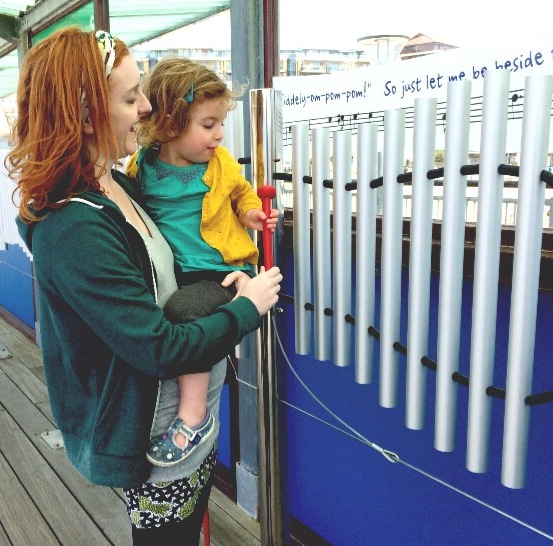 Hands up who used to play a musical instrument when they were younger? I played the recorder – noisily, like all five year olds – the piano and the flute. I’m not sure I was a massive musical talent, but I always enjoyed it (apart from orchestra practice, which was a frustrating clash with Byker Grove).

Last weekend when we were down in Bournemouth, Eliza and I had a play on some of the musical instruments that have been installed on Boscombe pier for the summer; such a brilliant idea, don’t you think? Eliza had a lot of fun and it really made me think about what she might like to play when she’s older.

So I was really interested to hear about Bambajam, a sustainable bamboo musical instrument for children (and adults!) to play alone, together and in a group. It’s a kind of beautiful bamboo xylophone, where you can also play each individual key as a separate instrument. It’s also sustainable, so any bamboo that’s used is regrown.

It was developed  out in Bali by Duncan, a jazz musician and educator who was Jamie Cullum’s teacher while he lived in the UK.

So over to Duncan to explain, but first – watch this video:

“Everything about Bambajam is centred on playing music with other people. Music is our collaborative art form (or emotional language if you like) and we want people to be able to connect emotionally with each other from as early as possible. The same way as we lean to talk. We engage with each other and share in a conversation. We learn by communicating with each other… 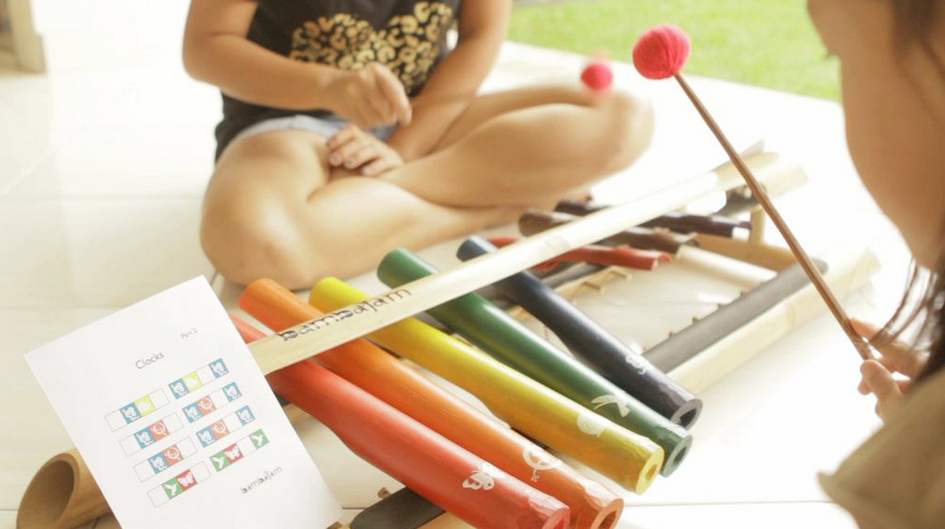 The music notation system uses colours, shapes and animals so that children can identify with it. It grows with the child (and we really thought this bit out carefully); The ‘white’ notes (think piano) are coloured according to the rainbow where as the ‘black’ notes are all brown. What this means is that as the child progresses to use sharps & flats (more difficult notes) we gradually remove the need for colour. We continue to use the animals so that they can still identify each note. 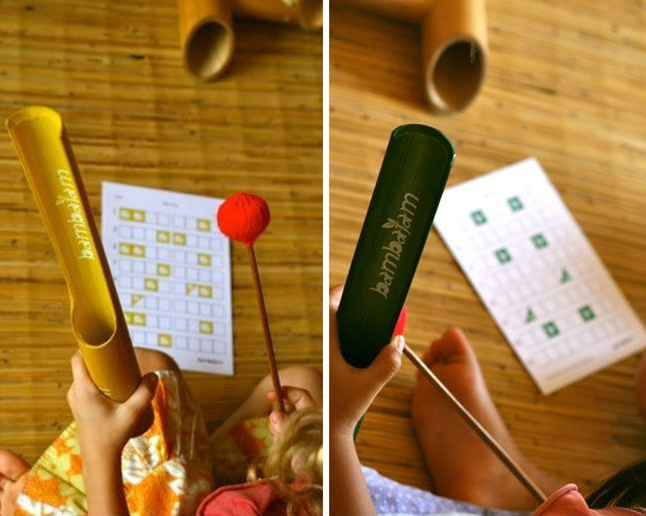 Each piece of music uses our notations system on one side PLUS the traditional music notation on the flip side. This not only helps to transition into reading but provides different levels of difficulty depending on the players ability.

1. The full melody for a single player
2. A duet arrangement (for two obviously)
3. Each note as an individual score so that as many people can play as there are notes in the melody”

You can buy one here, and Duncan and the guys behind the project are also trying to raise the money to continue to develop it through the same site. 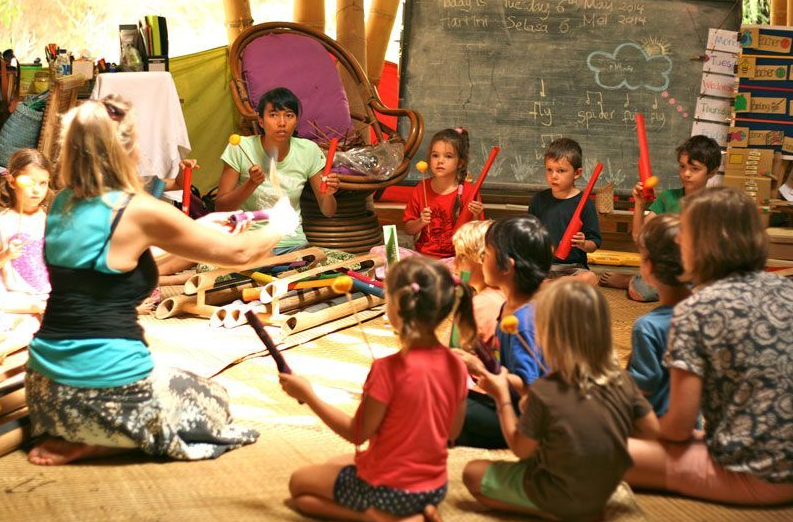