What are the top toys for Christmas 2013? And what’s the number one best-selling toy of the year going to be? Wait, I hear you say. Christmas, seriously? But it’s only just started being summer!

In true form to the topsy turvy weather we’ve been having this year, it seemed oddly fitting that I was hanging out in a room decked out in decorations, trees and a giant Lego Santa yesterday. I was at the Argos Top Toys Christmas in July event, where the annual list of predictions for the top toys of the year is launched.

I’ve said before that one of the best things about being a parent is getting to play with their toys; but what were my top three favourites? 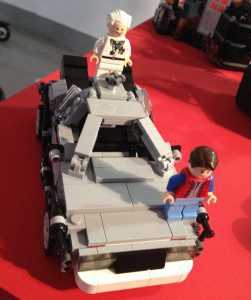 So how brilliant is this? It’s a Back to the Future Lego set, with a Lego DeLorean, and a minifig Marty and Doc Brown; it’s exclusive to Argos too. 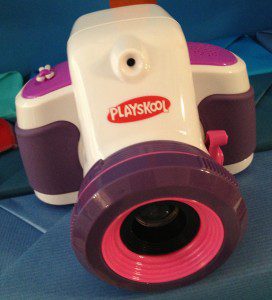 2) Playskool children’s digital camera. This is a fully working kid’s digital camera that also has a built-in projector, so photos can be projected on to a wall. You can also connect it to a PC to download the images. And there’s a variety of games you can play, such as making your image dance.

It’s in child-friendly plastic and comes in two different colours, so get your mini-David Bailey trained up early. Age 3+ and around £60 (I think) 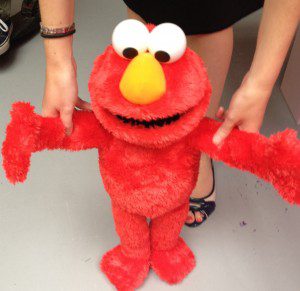 3) Sesame Street Elmo Hugs
Oh, lovely Hug Me Elmo. This little guy has mechanical arms that reach around and hug you, and he’ll also speak and sing songs. He has fabric legs but is designed to be child-height too when pulled up to standing.

He will also sing you a lullaby before going into sleep mode (take hint, children!) He’s £49.99

So those are my top three; any more predictions? It was a really fun event, and Argos’s PR team were lovely, and the most enthusiastic group of people I’ve ever met. And hats off to them for getting the awesome pun ‘the world is your Toy-ster’ into a press release.