The two things I know about parenting 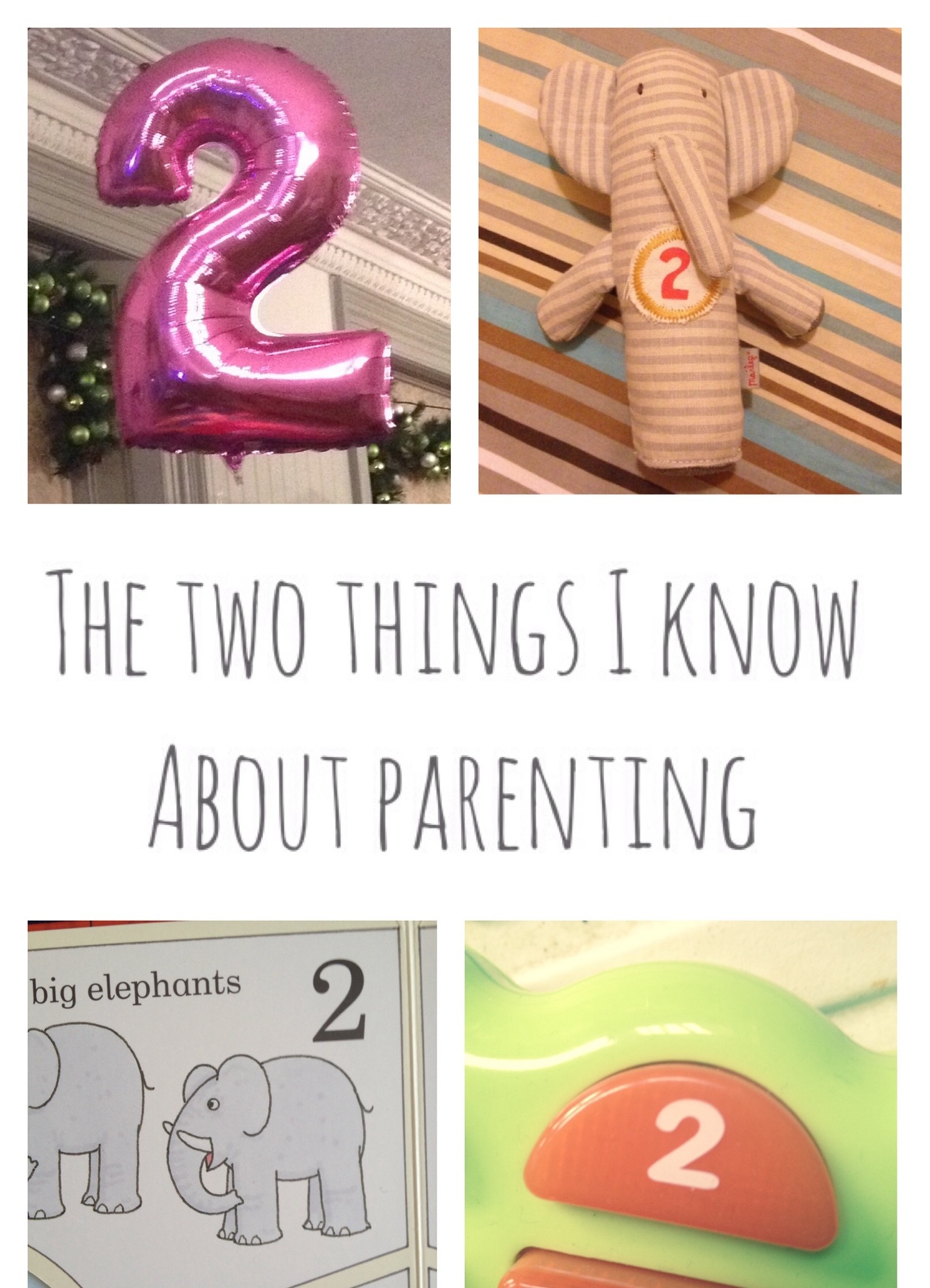 My daughter turns two in a couple of weeks. Two! That’s two years, 24 months, or 104 weeks. On one hand I have no idea how the time has gone so quickly, and on the other it seems strange she’s not been around for two hundred years (which is how old I feel after a few nights of of broken sleep).

Birthdays are often a time to reflect and look back. But instead of listing her various wonders and accomplishments this time, I wanted to think about the bigger picture so far, about motherhood and parenting and the journey we’ve come on.

And while there’s a lot of anecdotal advice I could give (always sit down to breastfeed with the TV remote within reach, never forget about the banana at the bottom of the change bag) when I really thought about it, everything I knew really boiled down to two things.

1) Parenting is hard, hard work. From getting pregnant in the first place, to the ups, downs and indignities of the next nine and a half months. The horror and gory glory of childbirth. Sitting down after you’ve had stitches, learning to survive on two hour instalments of sleep. Post-milk comedy boobs, crazy post-birth hormones (Alex: “why are you crying this time?” Me: “I have NO IDEA”). The panic that you have absolutely no idea what you’re doing when left alone with them for the first time, and are you going to break them or drop them, are they ill, what’s that red mark, why won’t they stop crying, OMG they’re impossibly tiny and fragile. Feeling isolated and lonely and useless, especially when it takes you all day to achieve leaving the house. Seeing a tired old person in a shop window, realising it’s actually you, and being too tired to care. Teething, Toddler tantrums. Toddler tantrums on a packed commuter train. More teething. Never enough sleep, nappy change after nappy change, putting the washing machine on again, tidying up for the ten thousandth time that morning. In the words of a certain singer / songwriter, nobody said it was easy, no-one ever said it would be this hard…right?

But then there’s 2)…seeing their face for the very first time. Making it through the first day alone with just the two of you (and every time you make it through any day with your sanity intact). The gentle warmth of their tiny body as they fall asleep on you. The ‘mummy’ written on your first Mother’s Day card. All the firsts. Watching them thrive and grow, however you fed and weaned them. The quiet, still times, and the loud, noisy, laughter-filled times. Sniffing their baby smell and their sweaty toddler sleep hair. Rolling, sitting, crawling, walking, talking. All the major milestones, and the thousands of tiny ones inbetween. All the happy tears. The first, second and every subsequent time your heart explodes out of your chest with overwhelming love for them. In spite of, and as well as, and because of 1), having someone you made, who you wouldn’t even have to think once about lying down in the road in the middle of rush hour traffic for, who you love more than all the lost nights of sleep and large glasses of wine in the world. Who makes all the hard work and worry  completely and totally worth it.