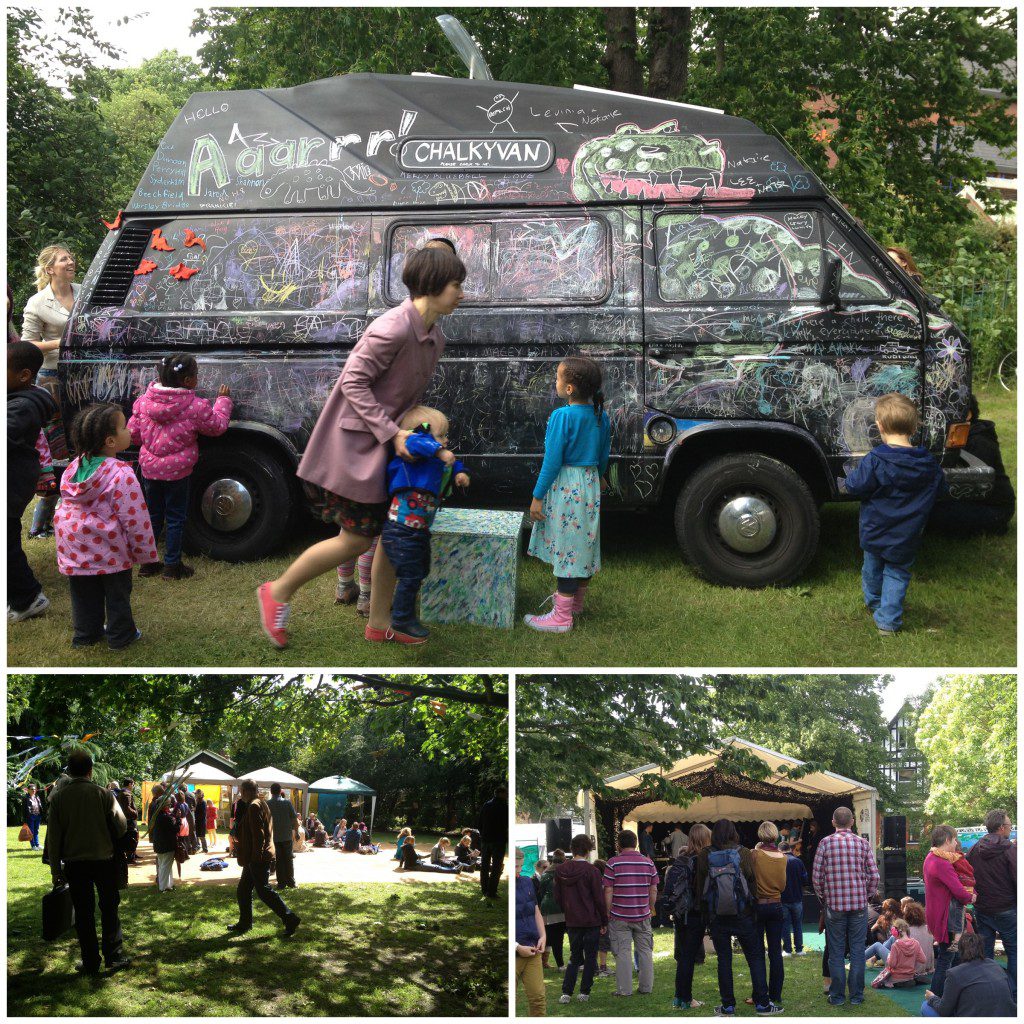 Last weekend was the Crystal Palace Overground Festival, an annual event which takes place in Westow Park and various places around the CP Triangle. It’s been running for a couple of years now, but this was the first time we’ve not been away while it was on.

It’s fair to say that Glastonbury 1998 put me off festivals for life; it was the horrible year it didn’t stop raining and we had to wade round in a river of mud that went up to our knees, no joke. So the only sort of festival I’ll even consider going to is one where absolutely no camping is required and you can leave when you’ve had enough i.e. after an hour (I’m well aware of how old that makes me sound!) In that respect the Overground Festival ticked all boxes.

And it was great; there were lots of bands on the main stage, with food / art / children’s areas as well as local businesses including Vintage Hart, the clothes shop that’s in the White Hart pub – which has just started making children’s clothes.

We took Eliza in the Baby Bjorn, which turned out to be an excellent option over the pram considering it was a) up and down a hill and b) full of lots of other people with prams. There was an awful lot to look at so she was entertained; she loves the carrier since we turned her to face outwards. And the sun even shone for a while, which is pretty amazing for this summer.