Here Are 20 Tips For Your First Disneyland Paris Trip

Over Easter we headed over for our first family trip to the French theme park, so here are 20 Disneyland Paris tips that really helped us. 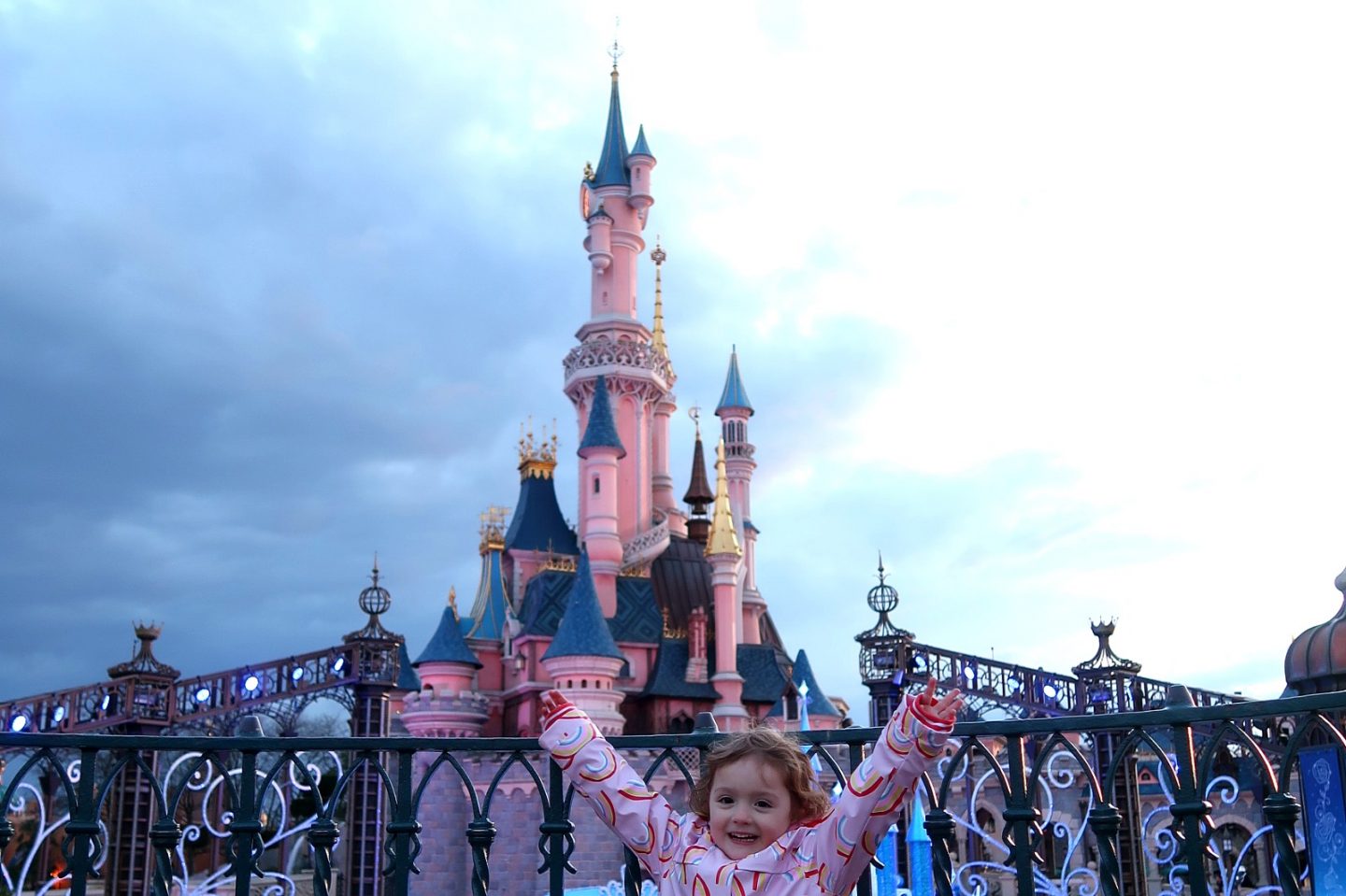 So, how did we get on and what were our top Disneyland Paris trip tips? 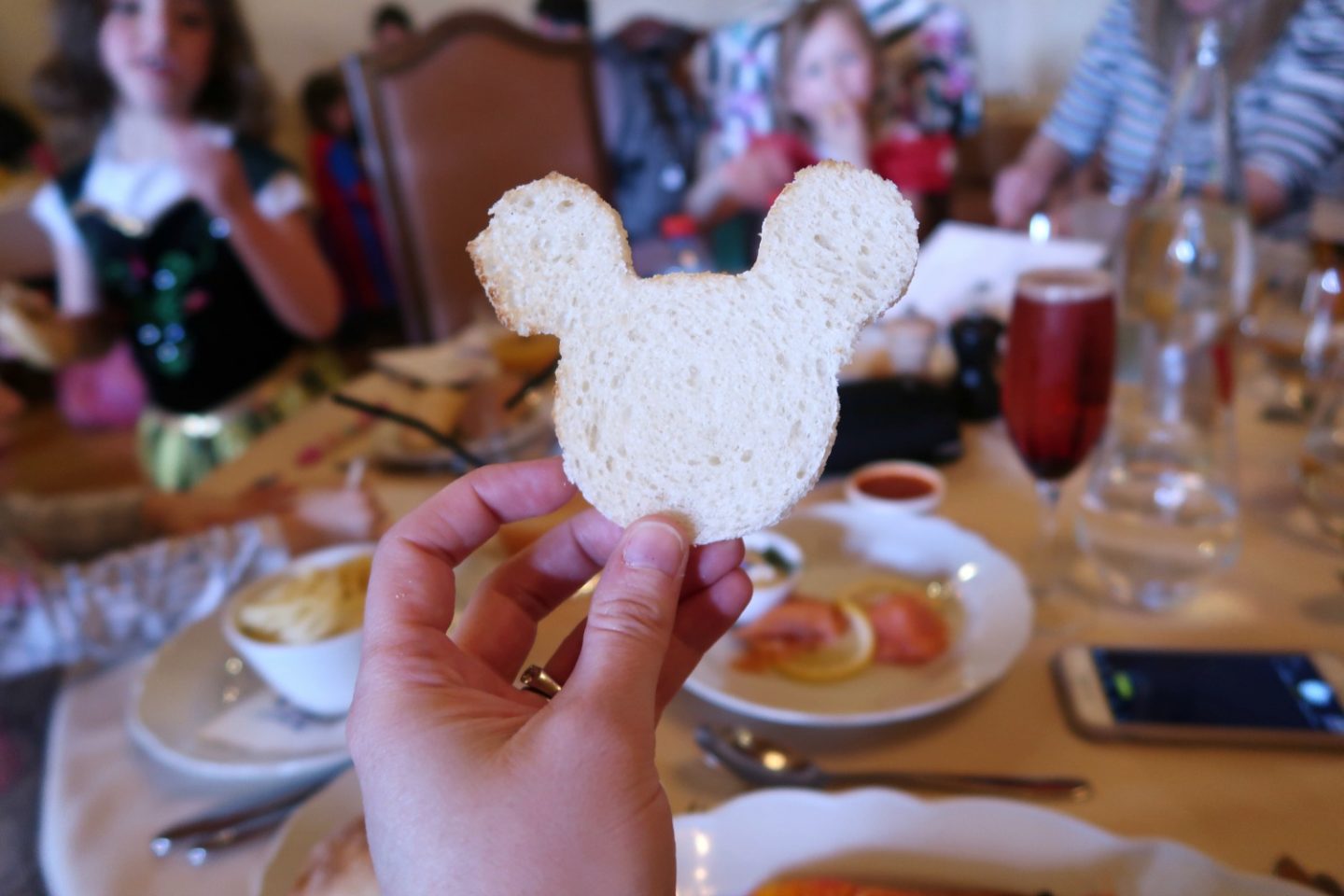 Our First Trip To Disneyland Paris With Kids

It was, wonderful. overwhelming, exhausting, exhilarating, exasperating and that was just for the adults (the children loved it).

There were queues for everything. All the food is eye-wateringly expensive. It rained, it was hot. My feet hurt more than when I was pregnant.

But overall, we had a brilliant time. 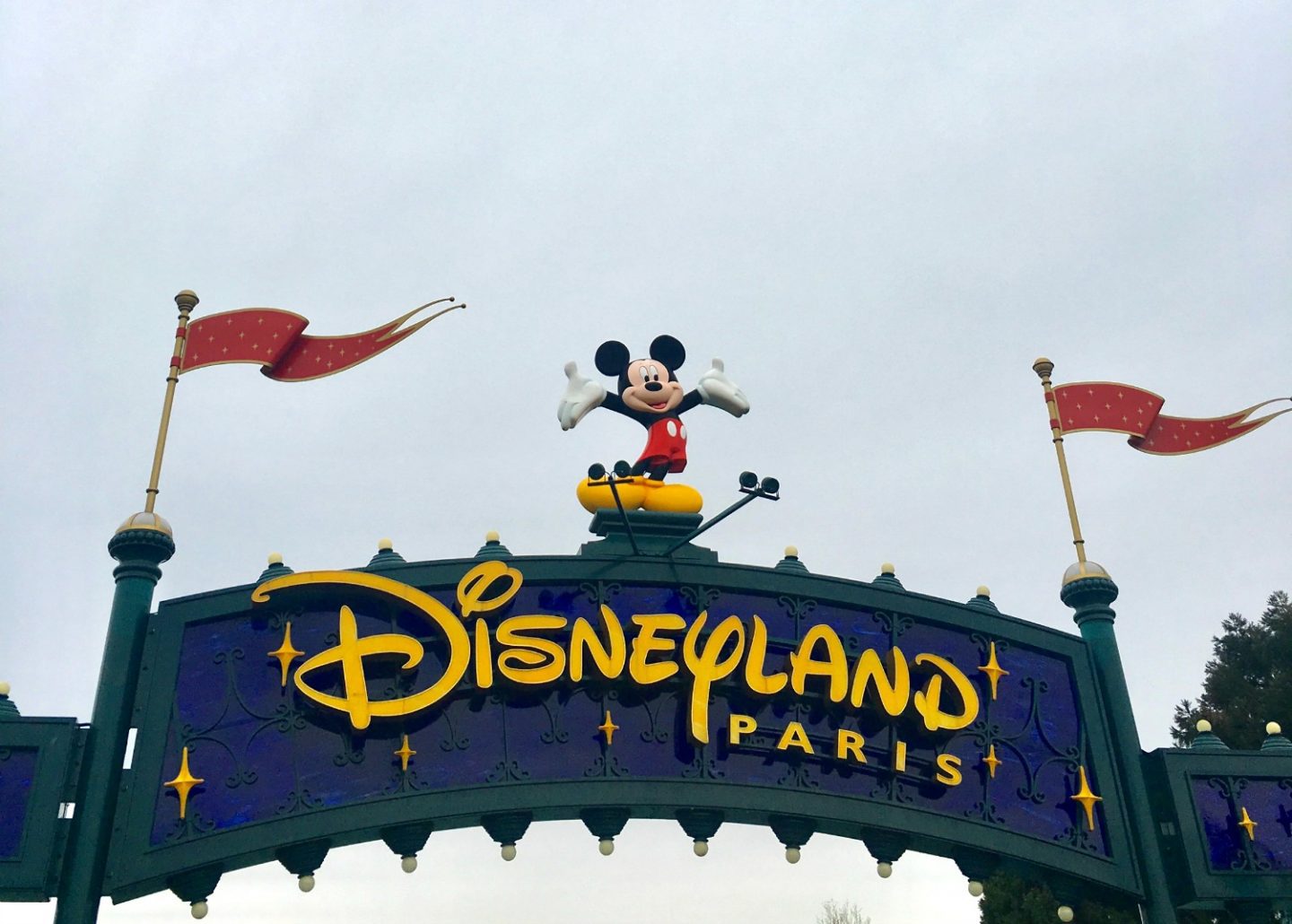 Disneyland Paris is a pretty surreal experience. It’s freakishly clean, everyone is happy, it all smells of baking and sweets and joy and everywhere you turn there’s a parade.

At one point I said to E ‘I wonder if we’ll see Elena of Avalor?’ And we turned the corner and there she was, dancing down the street with Sophia the First. I know it is a theme park, but it is so much like a theme park.

I was deeply sceptical of everyone saying it was magical, but honestly? It really was. At times it was hard work but the children spent about 90% of the time making open-mouthed-amazed faces, which made up for everything else. 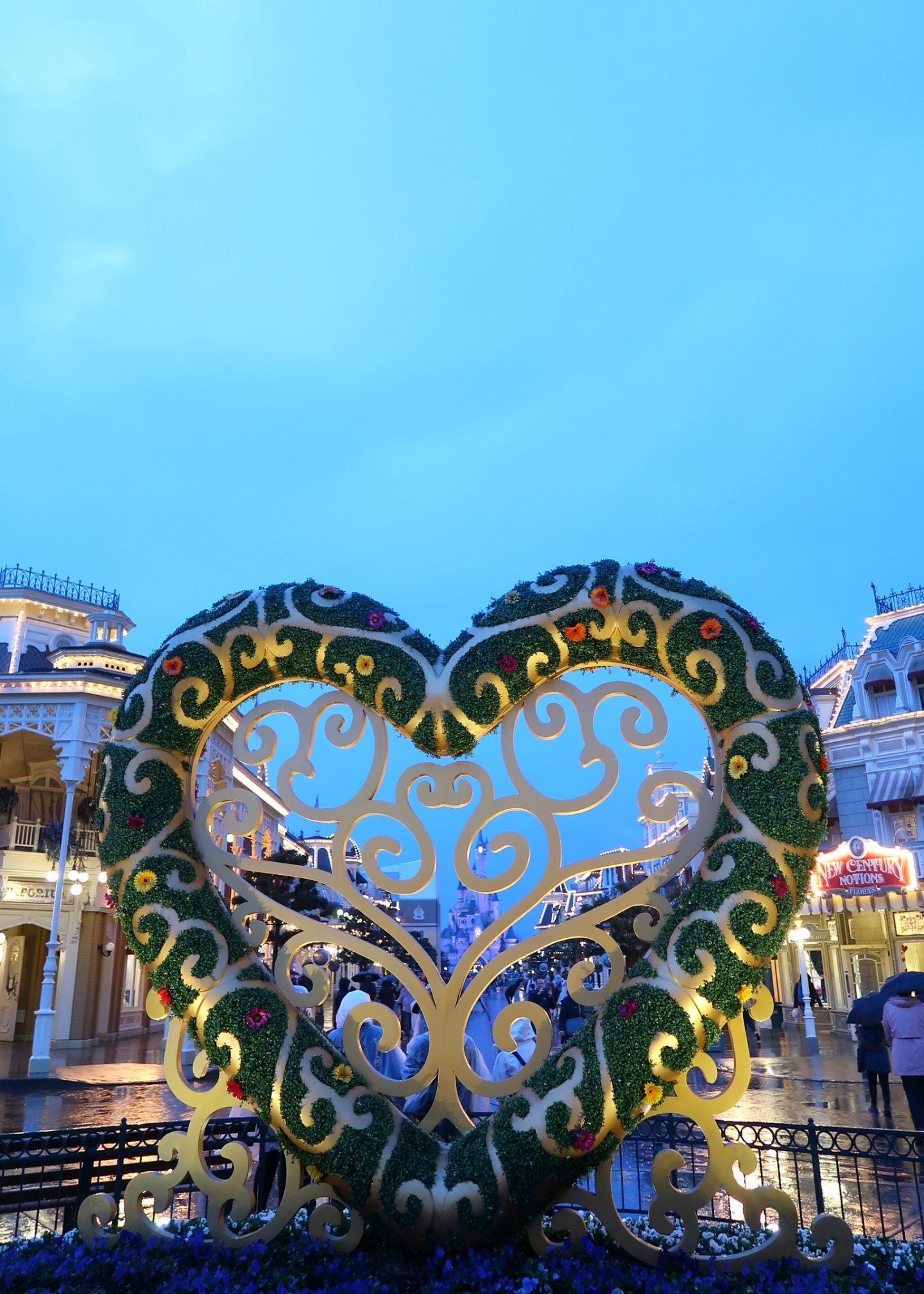 One thing that really struck me was the overwhelmingly huge amount of information out there, when all I wanted was some nicely condensed tips.

So here we are! This is a collection of 20 Disneyland Paris tips we found useful, and the type of questions I had before we went:

Tips For Planning And Booking Your Disneyland Paris Trip

What’s the best time of year to go to Disneyland Paris? 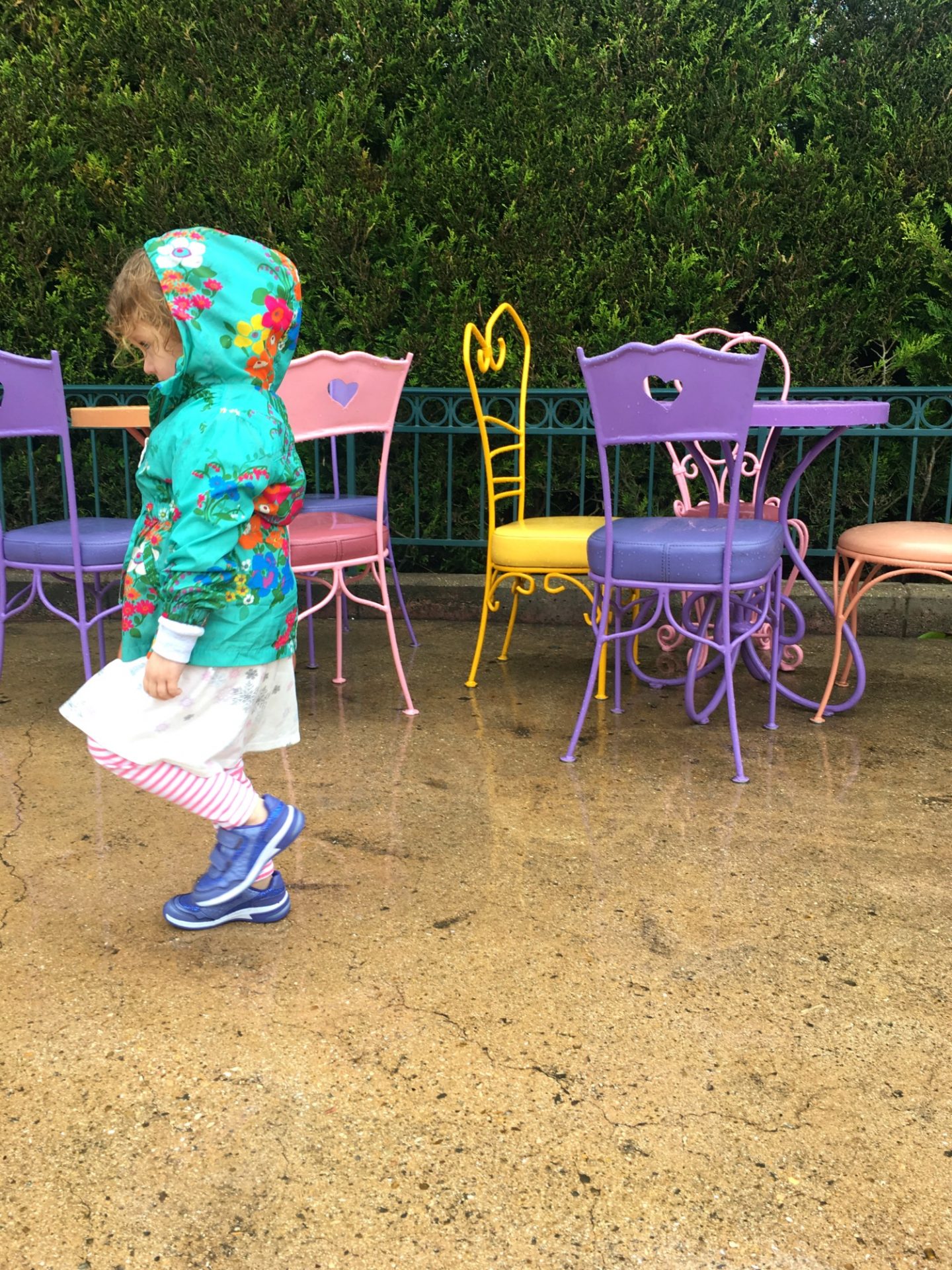 What’s the best age for kids to go on a Disneyland Paris trip?

Where’s the best way to book at Disneyland Paris holiday?

Book through the website, WHEN A DEAL IS ON. As far in advance as you can. We booked months in advance through the Disney website, when there was a three nights for two offer on (they do seem to have these offers a lot, so watch out for them).

What’s the best Disneyland Paris resort to stay at?

We went on the Eurostar so wanted to stay on site, with easy access to the park. We picked the Santa Fe / Cars-themed hotel as it was the cheapest of the expensive bunch, basically! It was fun and fine, but if you want something more luxurious then you have to shell out more.

How do you get to the Disneyland Paris from your resort?

From the hotel Santa Fe – which has a fake volcano –  you can walk to the park in about 20 minutes, but there is a regular shuttle bus which we mainly used. Staying at the park means you have Magic Hours, where you can access the park an hour before the general public (we only did this once, though, as for us the late nights did not equal early starts). You’ll know when the park opens as they announce it on a loop at breakfast.

Things to do before you go to Disneyland Paris

I’m not one of nature’s planners (side eye), but planning, booking and researching things *really* helped: 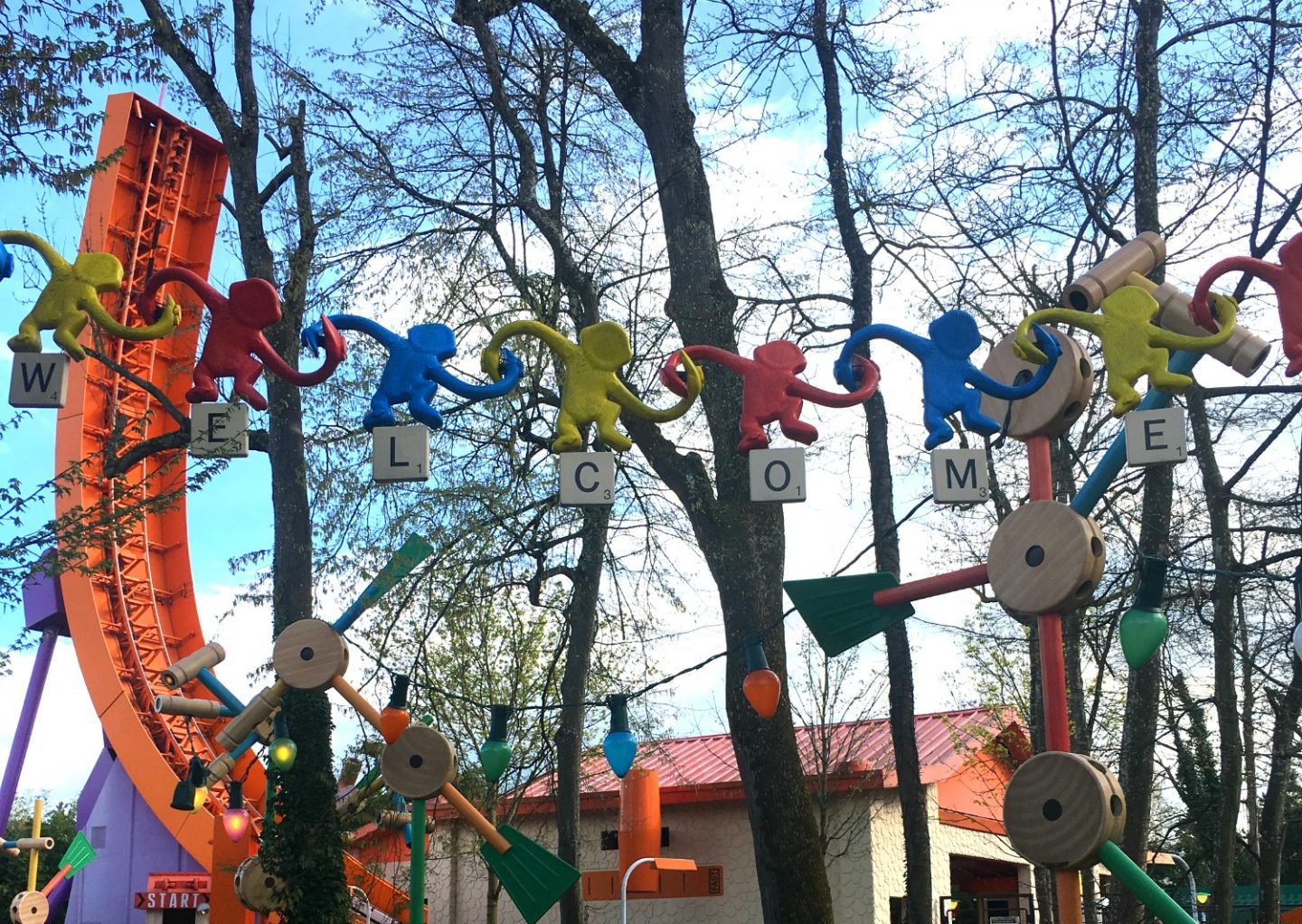 Bear in mind that you can’t do it all, don’t even try: There are two main parks, Disney Park and Disneyland Studios, and they are spread out. If you have little children – especially if they’re not too keen on walking – you won’t be able to do lots, even with fast passes (the ticket system where you can book advance time slots to beat the long queues) Did I mention there are queues? Even though we were there for four days, we didn’t do it all at all. I would say to pick in advance the things you really want to see and do – if you’re there for a day, pick one area and aim to do about three-four things maximum.

Here are some things we liked doing:

Meeting the characters: Top tip, our hotel had a free character meet-and-greet every morning after breakfast (we even got to meet the main man, Mickey M). We had also booked the Princess lunch, where the princesses come over to each table and talk to you individually. The main Princess Pavilion and Meet Mickey centre in the park each had constant queues of about two hours, so I would avoid these like the plague. There are also various characters popping up throughout the park, with varying degrees of queues.

Princess lunch: Book this in advance. Take princess dresses with you (there were also lots of children dressed up throughout the park). Prepare to have something in your eye at the children’s reactions. 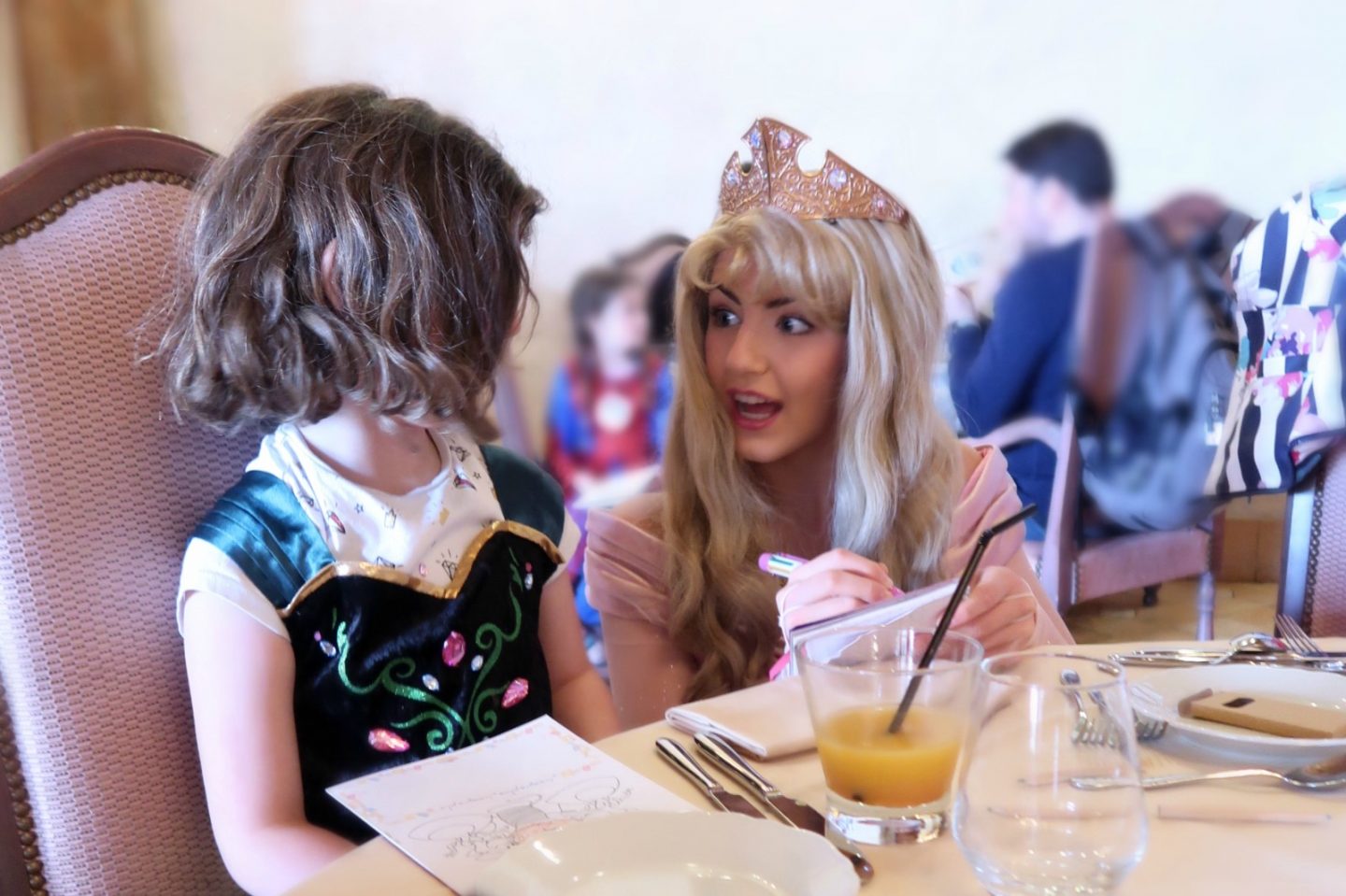 Illuminations (the light show and fireworks): These are fireworks and a light show projected onto the castle every night when the park closes at 10pm. It is a late night, but really worth the next-day grumps. 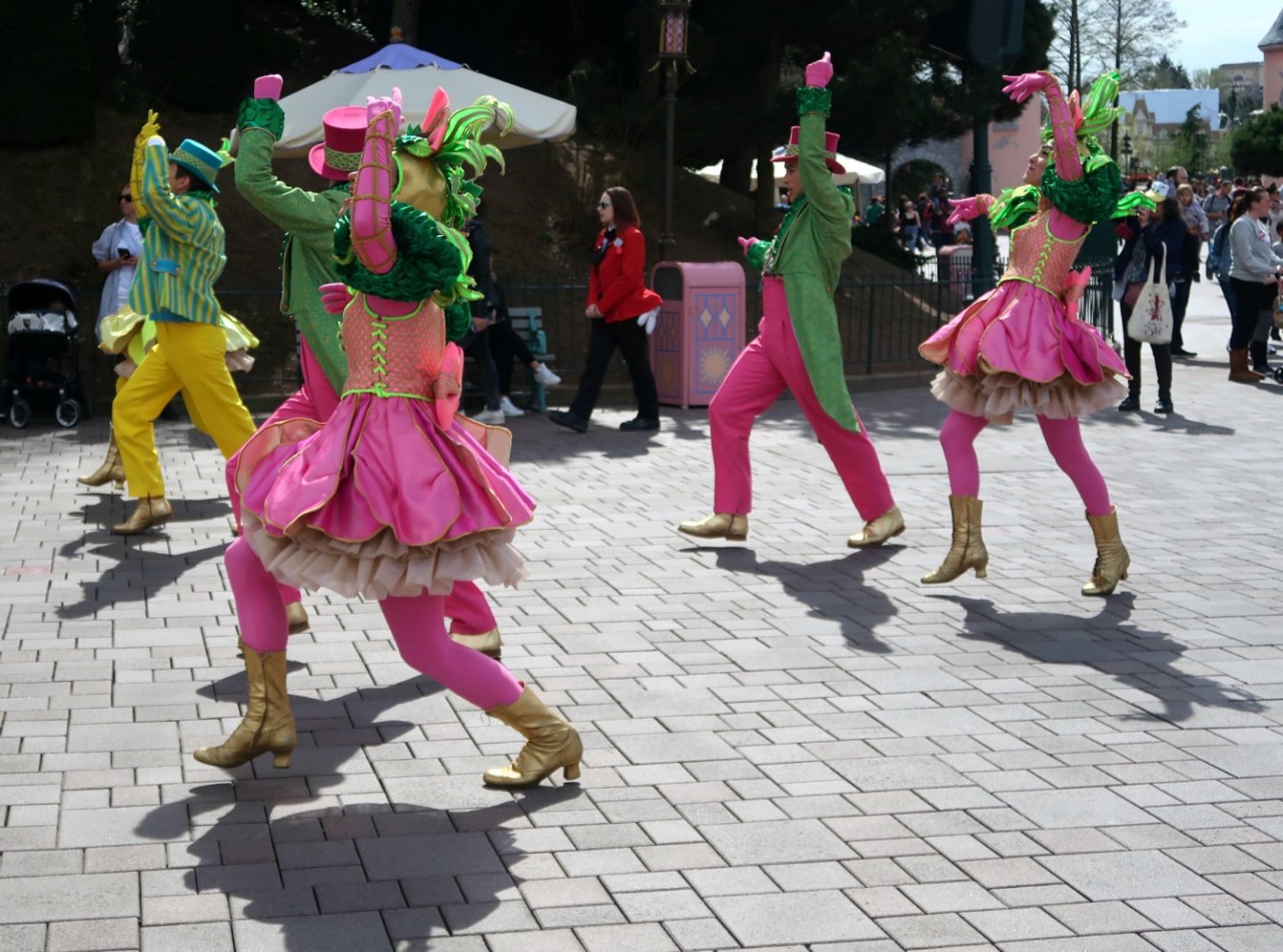 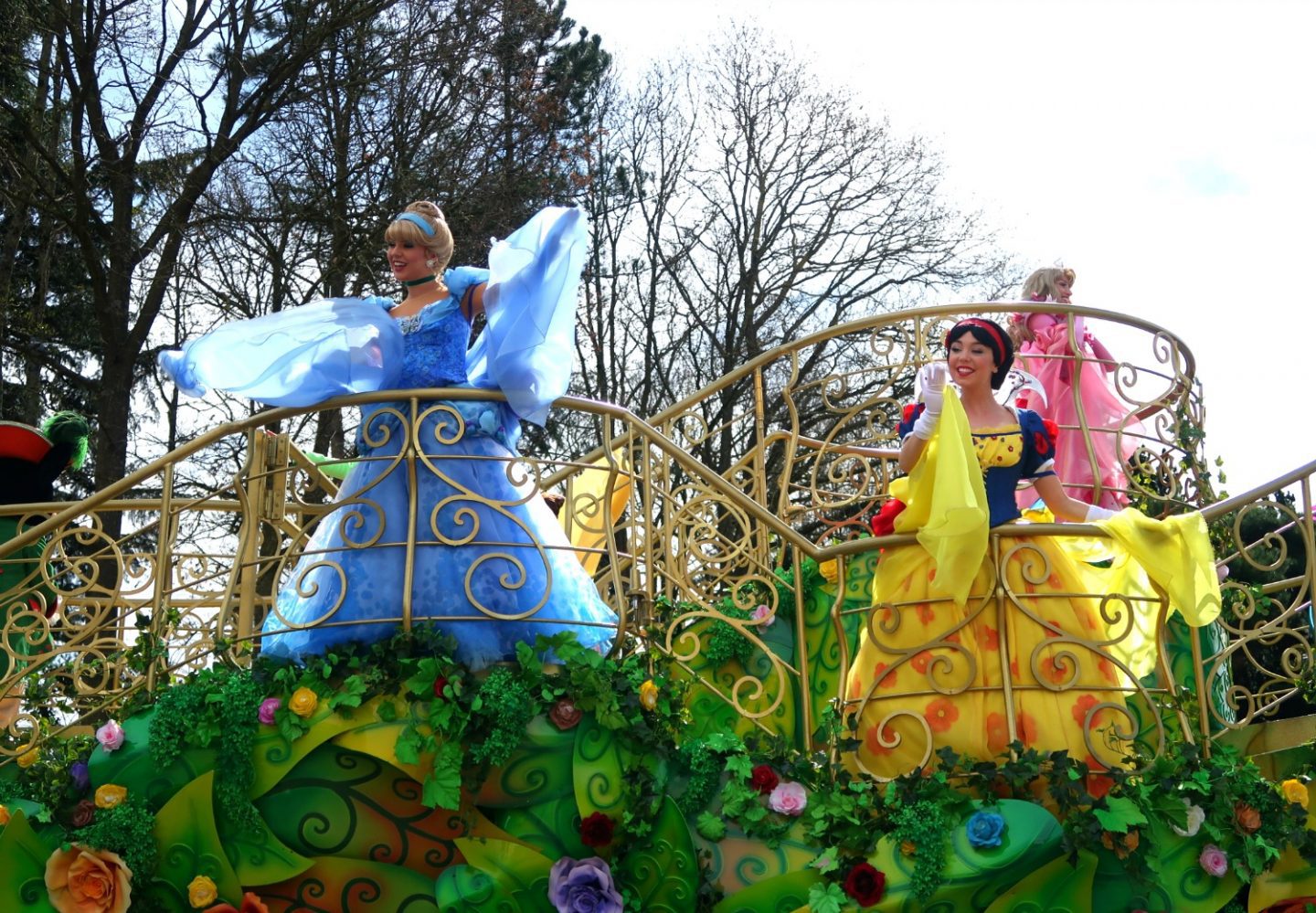 Watching the parades: The main parade is, well, pretty spectacular. There was also a ‘Pirates vs Princesses’ theme when we were there meaning extra parades, and there was also a regular princess promenade – with Elena and Sophia – which we watched about twenty billion times. Best place to watch the parade? It starts and ends by the big pink gates down from It’s a Small World, and this area is less busy and has a great view. If you’re standing there taking photos and the parade is even remotely close, Disney Security will move you on.

Not that I’d know… 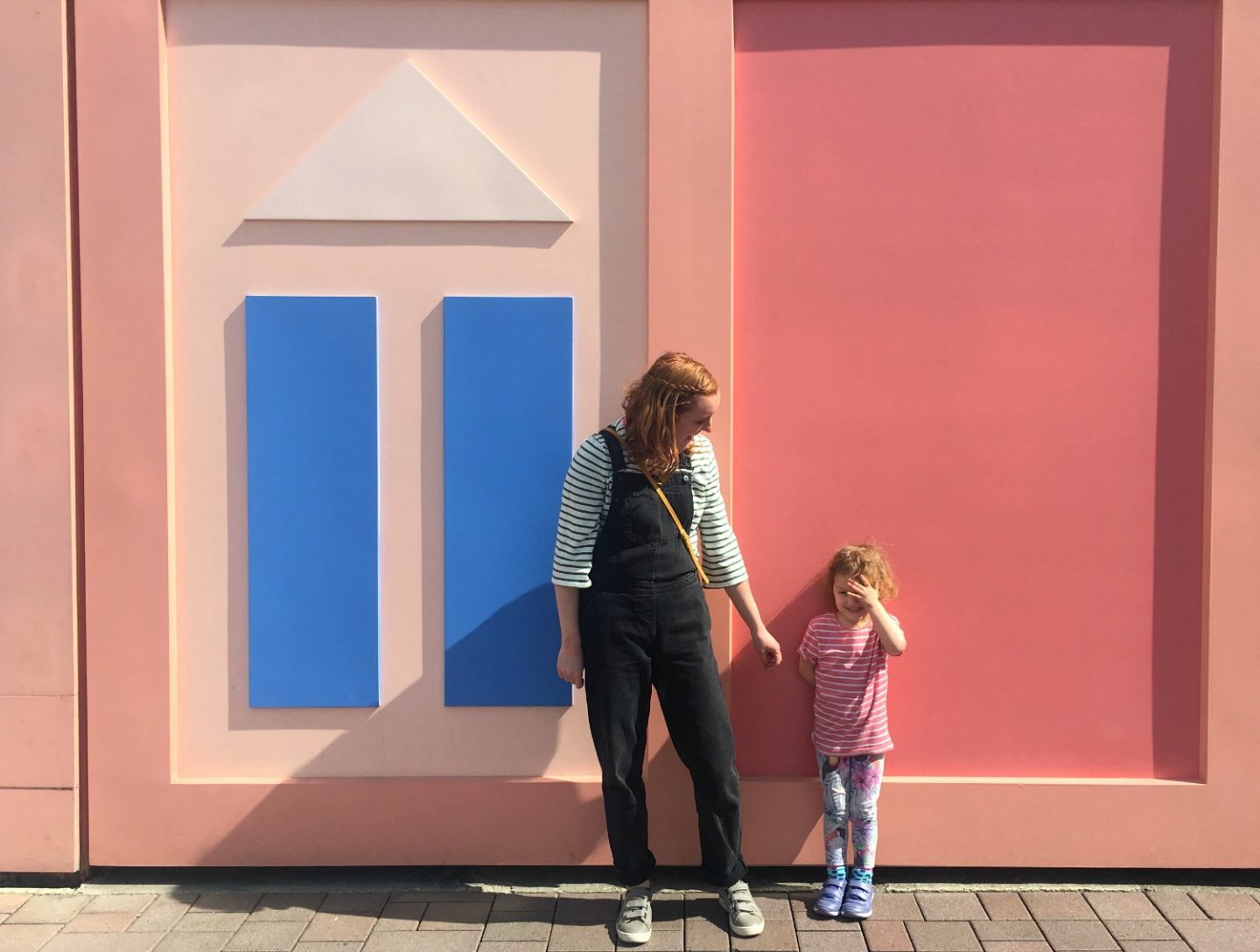 Seeing the dragon under the castle: You can actually go through and in the castle – there are some stained glass windows upstairs – but if you go under it, you’ll find the dragon.

Where to eat: There are a baffling amount of different meal plans, full and half board, counter service and so on. We had breakfast included at our hotel (giant canteen style buffet, it was fine). Food is EXPENSIVE. It’s also mainly buffet style and some places are better than others. There were cheaper places (e.g. big chain burger and coffee shops, some diner style places). Take lots of snacks. 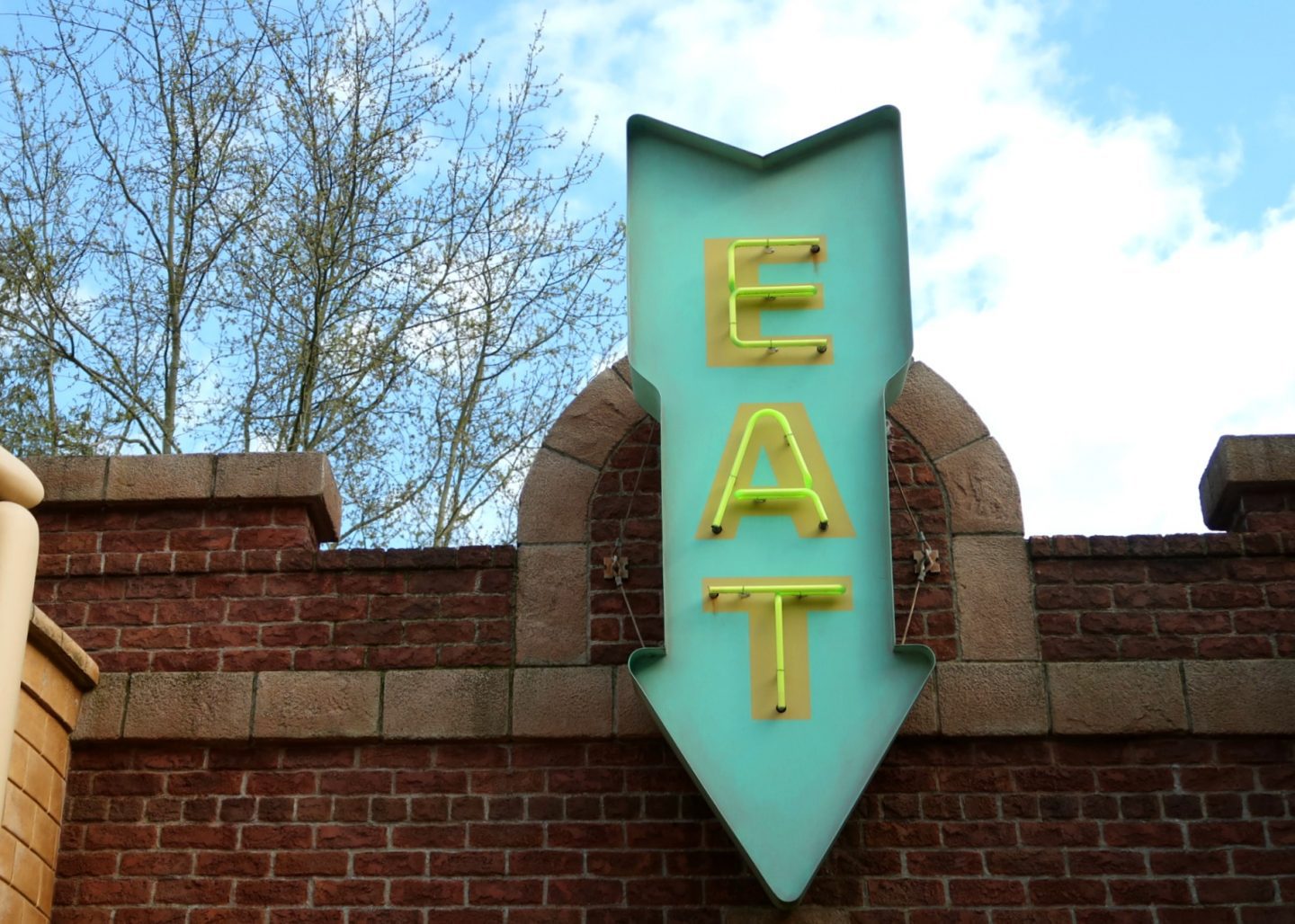 Our favourite areas were Fantasyland, Discoveryland and Toy Story Playland but generally, it’s all good. 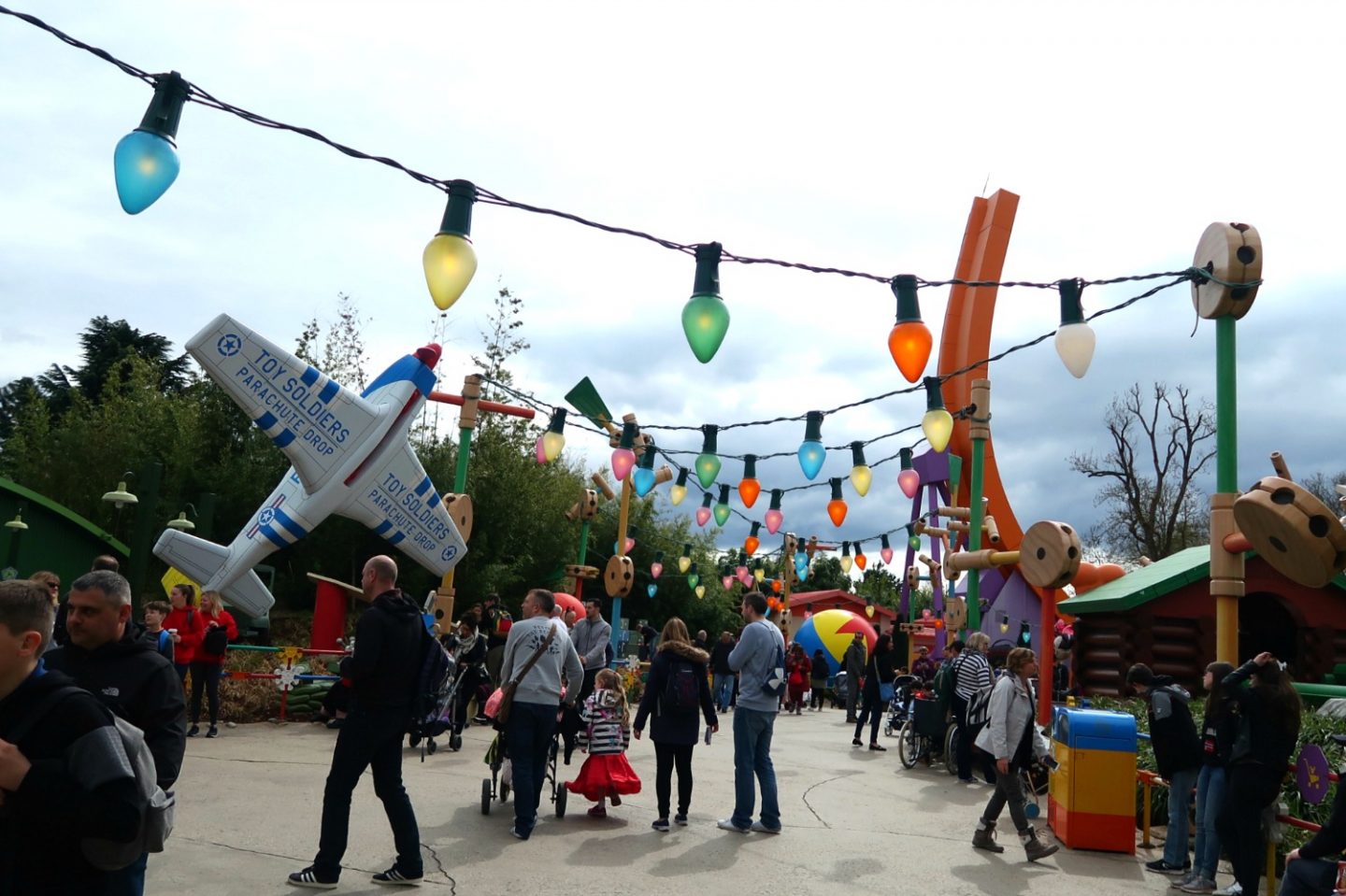 There were loads of rides we didn’t go on, including Ratatouille (this seems to be the most popular so get fast passes or go as early as you can).

There are various systems for parents to swap round if you’re queueing with children, and we also used the quicker single rider queue for adults to go on the ‘older’ rides.

Should you take or hire a pram to Disneyland Paris?

A lot of people told me that they even took prams for child of 5+ due to the amount of walking. Due to train strikes we decided not to take ours and predictably, F refused to walk for most of the time meaning my arms are now made of steel from all the carrying. However, you can hire a pram for 20 euros a day (plus deposit) – you’ll see them everywhere, they are huge metal tank-like structures. We hired one and predictably, the only one who would go in it was her sister. If you have a baby or young child I would definitely take your own.

What do you do at night at Disneyland Paris?

Mainly, sleep! We ignored bedtimes for the holiday, so they were long days anyway and also stayed up super-late to see the fireworks. But generally, everyone was so exhausted we went to sleep soon after the children. There is a bar at the Santa Fe hotel which Alex and his brother went to, however, there is also free Wifi at the hotel, so I stayed in bed looking at Instagram and not walking anywhere, instead

Essentials to pack for your Disneyland Paris trip 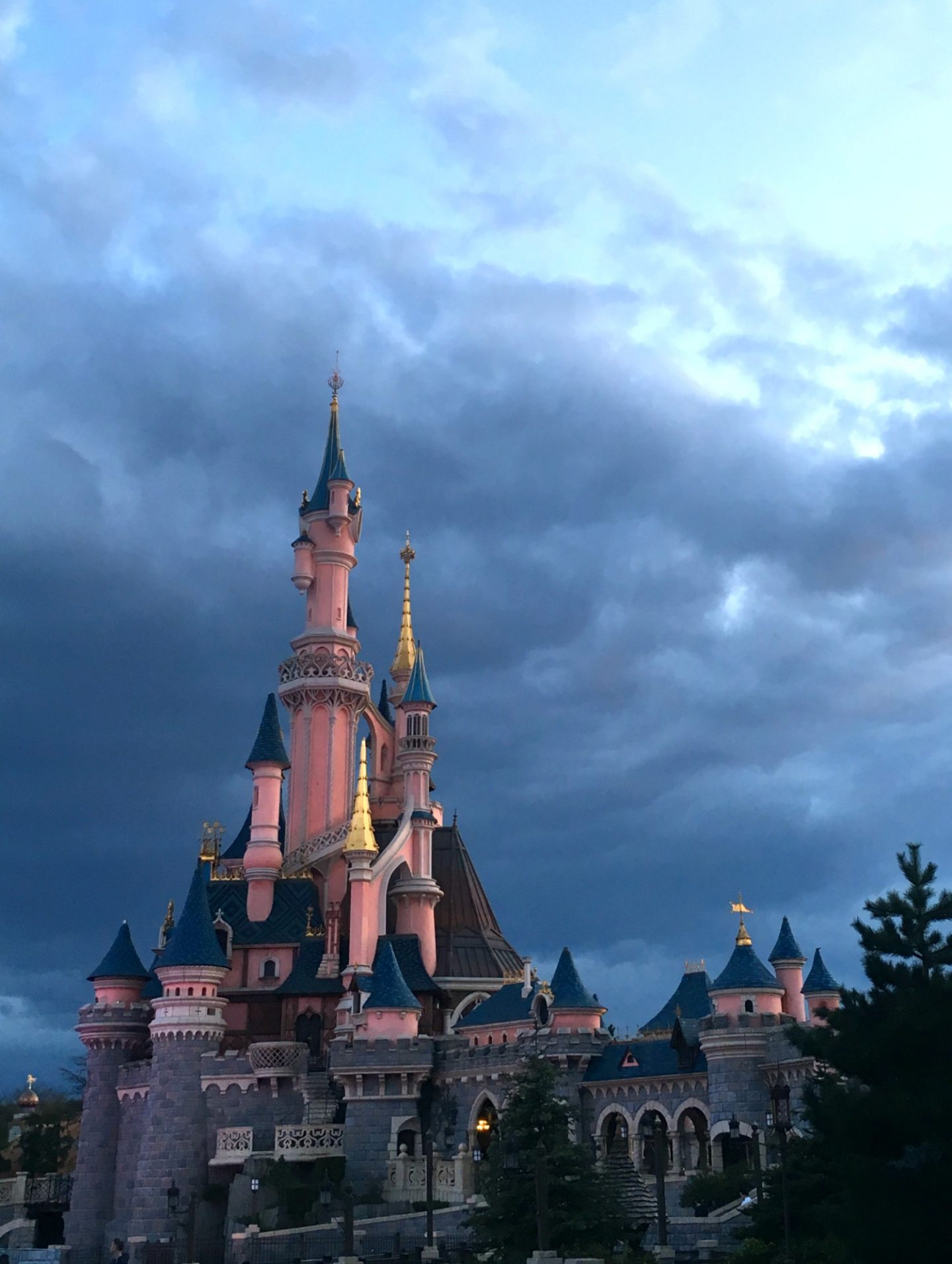 Have you been on a Disneyland Paris trip? I’d love to know what you thought…P.S.I’m not an expert and I know a lot of people know a lot more, so this is just from our experience….and more posts, the best London Museums and  how to spend 24 hours with children in London.