A Sunday stroll around central London… 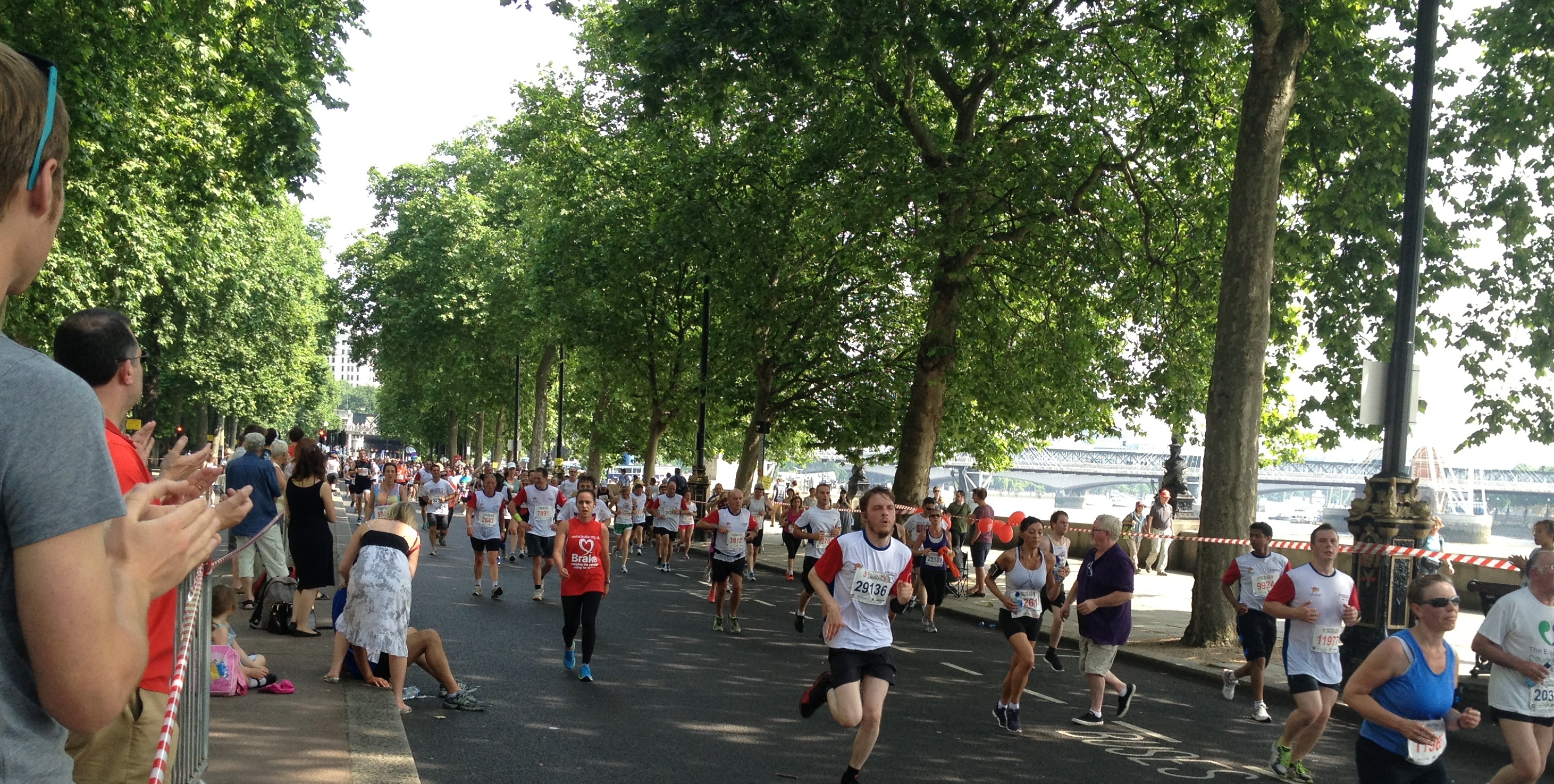 He was taking part in the British 10k run, an annual run through the centre of the centre. The roads are closed and the running route goes past London landmarks including Buckingham Palace, Big Ben, Houses of Parliament and Trafalgar Square.

Alex’s parents were down, and the four of us cheered the runners on by the Ministry of Defence building, and then meandered through to Downing Street to watch the finish. Eliza was hypnotised by the runners to start with – and loved clapping – but quickly got bored and tried to make a break for it.

Alex was running to raise money for The Book Bus, a charity that works to improve literacy among children in Asia, Africa and South America (Grannie G volunteered with them in Africa two years ago).

Later that afternoon we had a BBQ at our friend’s house, and Eliza probably ran about 10k in laps around the garden, from the paddling pool to trampoline and tent. But with far less clothes on.

What did everyone else get up to this weekend? x