Use The Fork, Luke: The Star Wars Cookbook For Kids

We’ve Been Baking With The Star Wars Cookbook For Kids

Fancy getting in the kitchen AND some 70’s-style Star Wars nostalgia? We dusted off the Star Wars Cookbook For Kids. 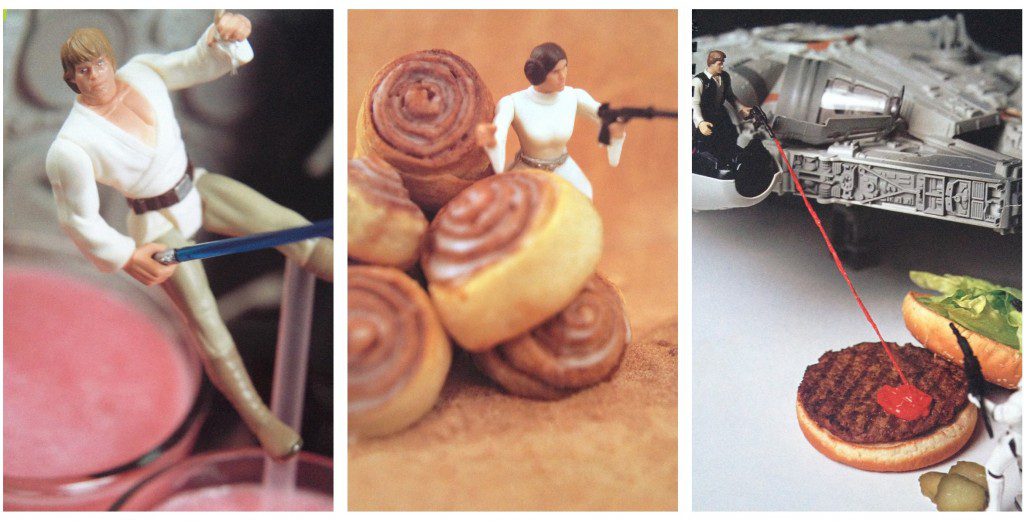 The book belonged to a mini Alex and is a concoction of pun-tastic recipe names and brilliantly creative toy model and food photos. I completely forgot we had it; I found it earlier, sandwiched on the shelf between a Jamie Oliver and a Lorraine Pascale and thought it was too good not to blog about.

The Star Wars Cookbook For Kids

Cooking was always fantastic fun when you were younger wasn’t it? All that flour, mess and utensil-licking potential. And what more fun for children of the 70’s and 80’s than to make Star Wars themed treats? 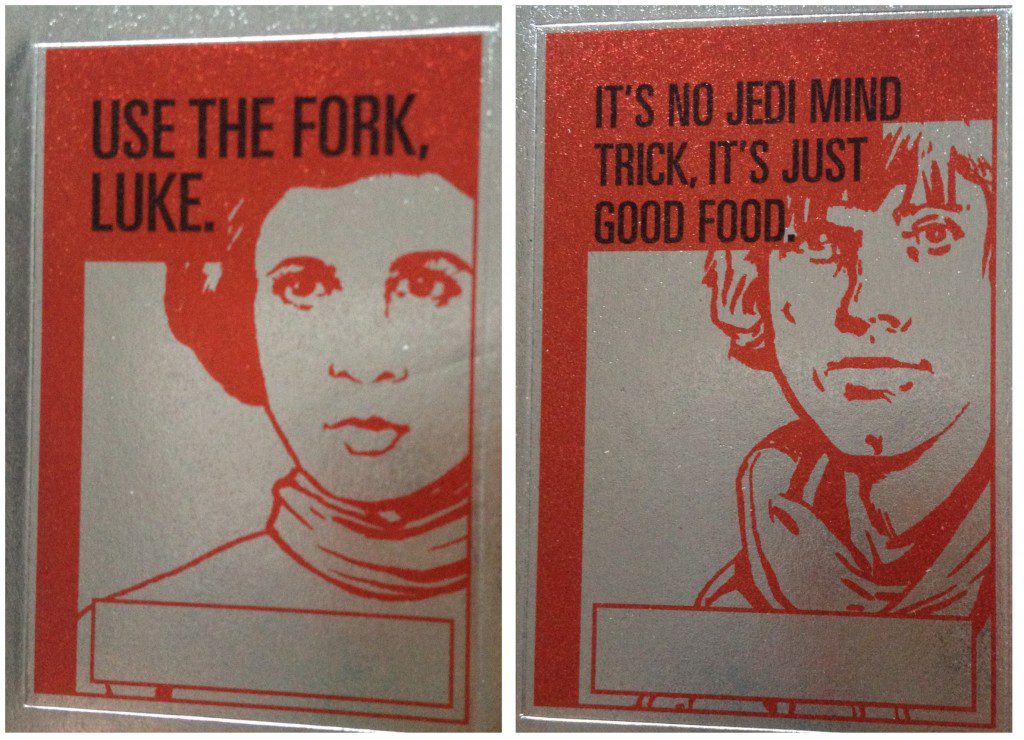 Just checked and you can still get this on Amazon, but it’s out of stock and a pretty hefty£18! Probably worth a scour of charity or second hand book shops instead if you want a copy.

Also on a children’s literary theme, my two favourite books when I was younger were by Shirley Hughes. I loved Dogger (about a stuffed dog, what else? Stop sniggering, we’re talking about far more innocent times) and Moving Molly, because I had a stuffed dog and we moved house a lot when I was a child. My mum saved copies of both and sent them to me when I was pregnant. They are still just as magical as I remembered, including the amazingly detailed illustrations. I can still only make it about a third of the way through either before sobbing, so haven’t read them to Eliza yet. Shirley Hughes featured in lots of childhoods, didn’t she? Here’s an interview with her and her daughter in the Saturday Guardian.