Lost and found, or the tale of Mickey Mouse and the mum guilt 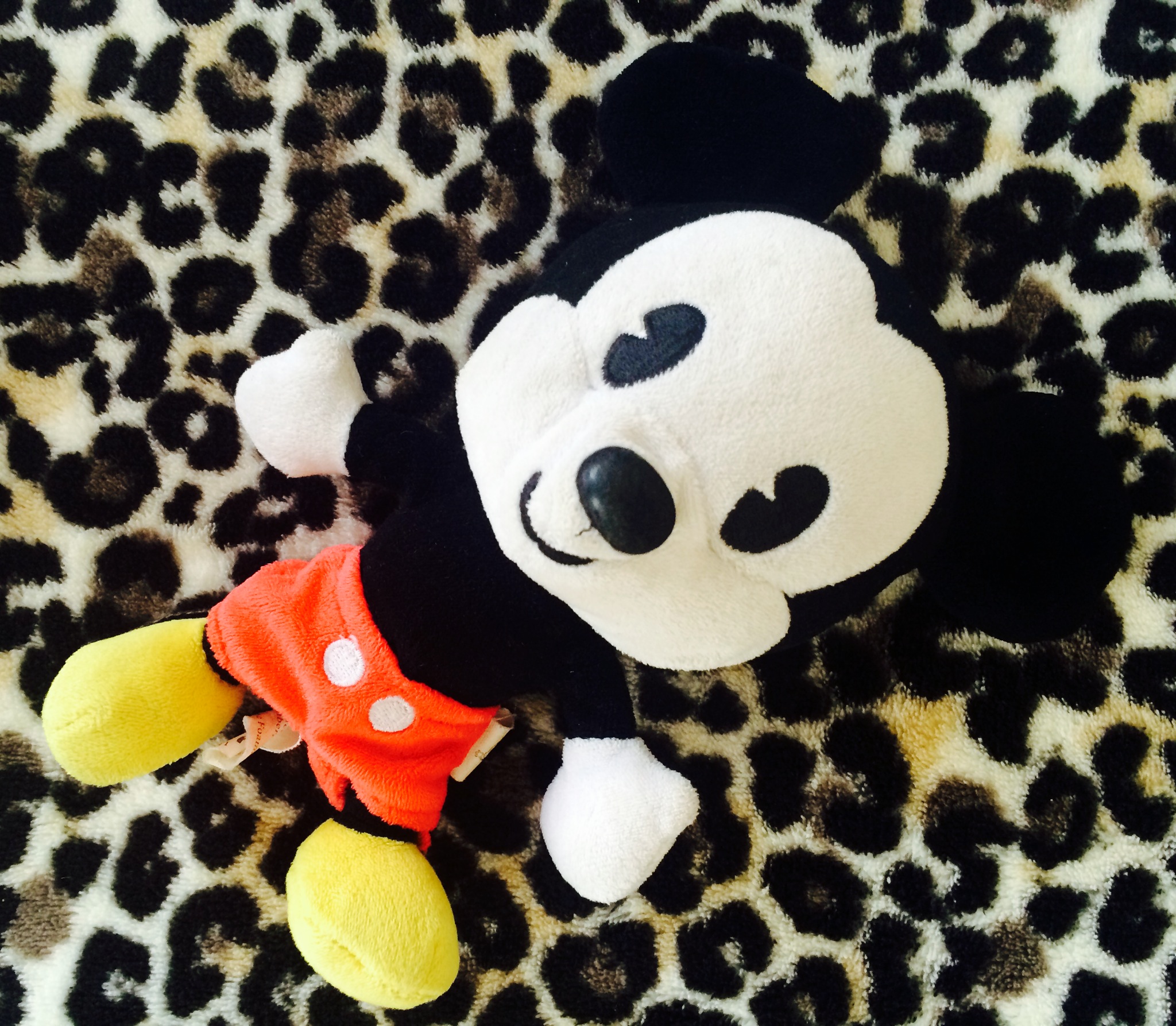 Lost: one toy Mickey, also goes by the name of Minnie. Lives in London, last seen in Sheffield. Help!

Does your child have a favourite toy? If so, make them hold it tight and never let it out of your sight. Sounds obvious, but it’s a lesson we’ve just learned.

Having toy favourites is a relatively new development in our house though. For nearly two years, despite being the owner of various teddies, soft toys and blankets, Eliza democratically refused to show a preference. We used to joke that the boob was her comfort blanket, which was probably true.

Then not long after moving from a cot to a bed, she suddenly seized two of her toys – Mickey and a turtle – and declared they would be sleeping with her. Since then, they’ve all been inseparable bedfellows. She has favourites for the day  – Robot and her Toy Story toys – but she’ll only sleep if Mickey and the turtle are around. She makes up imaginary games with them, and comes running into our room clutching them each morning.

So when we went up to Sheffield to visit the grandparents recently, they both came up with us. But alas, only one came back.

And as I packed the bag to it was all my fault.

I realised when we got home, and could only find the turtle and not his mousey partner-in-crime. A cold weight of dread and fear hovered in the air and settled in my stomach.

So I did what any normal person would do in these circumstances; panicked, then desperately searched online for where we could buy another one. But it seems this is a freakishly unusual breed of mouse, and could not find this particular one anywhere.

Luckily, E fell asleep pretty much straightaway the next night and didn’t notice. Until she woke at 2am having a nightmare. “Where’s Mickey?” she cried. What had I done?

And found: the wanderer returns

Luckily, this tale has a happy ending. Mickey came back to us yesterday, having had a long extended sleep at Grannie and Grandad’s house.  Eliza was beyond thrilled. “Mummy, it’s Mickey!” she kept saying, over and over. “He’s back from his holiday.”

So the moral of the story is a) make sure you count them out *and* in b) try and make  your child pick a generic toy you’d easily be able to replace and c) yes, the holiday excuse seemed to work OK…no idea what you’d do if they go on a holiday with a one way ticket though.

I try not to subscribe to the theory of mum guilt, as I think if you’re doing your best, you shouldn’t feel guilty about it. Apart from where swimming is concerned, clearly. However, the guilt. And did I mention it was all my fault?