How to get your baby to sleep, using an iPhone app 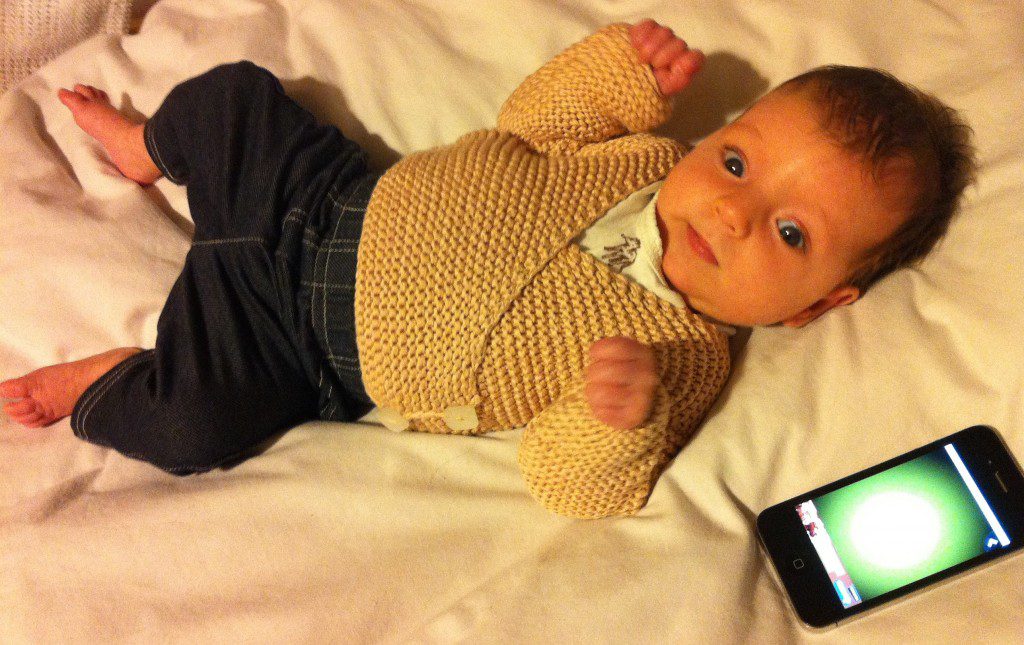 We are teething at the moment – I say ‘we’ as only one of us is cutting teeth but the other two are up with her, of course – and I was reminded of how good this app is at 5am last night.

Sleepy Sounds is a free iPhone app that plays continuous white noise sounds; white noise is fantastic for soothing and settling babies to sleep, as it mimics the muffled sounds they hear in the womb (so it’s particularly brilliant during the ‘fourth trimester’ when they’re newly hatched and the world is a startling and alien place). It’s the same premise as putting the hoover or washing machine on.

Alex found this during one night of newborn no-sleep desperation, and I lost count of the amount of times we played it to Eliza at night, on the bus, in the car or when were walking round and round the park to calm her down when she was really little.

It stops working so much as they get older, but the app also has wildlife sounds and lullabies on a loop. We play these as part of our nap / bedtime routine and they work a treat (this is what I was playing to her last night to get her back to sleep).

I’m not saying it works every time, but it definitely helps. And as every parent who’s been awake at 5am – and 2am, 3am, 4am, 6am – knows, you can’t ask for more than that, can you?