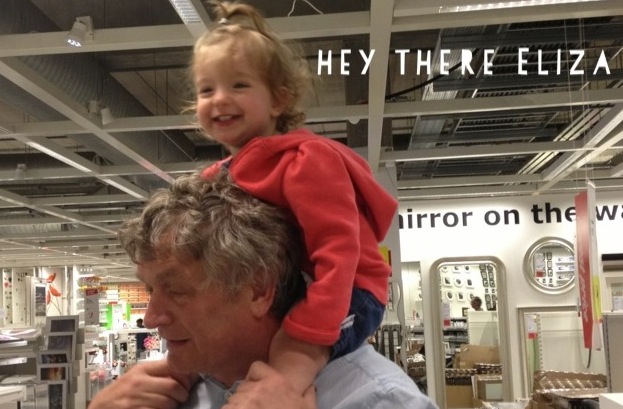 Here in 2013 you’ve reached the grand old age of 18 months, which seems like a significant enough milestone for another update about your journey through babydom. But there’s only so many ways I can say ‘aren’t toddlers brilliant?’ (because you are – apart from the 5am starts). So instead I wanted to project a virtual message to future-you; the you of 18 years not months. It seems like a lifetime away, but as everyone says, the time will go so quickly.

So what’s the future like? I suspect it’s less of the hover boards and floating houses of science fiction, and more like more of the present, but with supersonic-speed wifi, internet-enabled contact lenses, and credit card chips in our palms. After all, 18 years ago was only 1995 (Britpop and the Spice Girls, probably now on their 18th ‘final comeback’ tour).

And how about future-you? I imagine you’re just as inquisitive and adventurous, and still so utterly joyful. Has your hair finally done what it’s threatened to do all along, and turn curly? Do you still eat everything, especially if it’s on someone else’s plate? I hope that time has nurtured your baby-love of words and pictures, and you’ve not inherited your mother’s mental block about maths.

When I think about your future, I want you to have all the choices and opportunities I had at 18, and much more. Along the way, don’t ever be ruled by pink or blue; you can be a princess and a pirate. When I think about your future, I see it as an empty page, a blank page in the book of your life. You have the power to write the words. Make your own choices, chose your own adventure. You can be anything you want.

I’m sure along the way we’ll have our words about clothes, hairstyles, boyfriends, and bedtimes. But I’ll always be here. And I hope I’m as good as your Grandparents when I was 18 – when I announced that I was putting off university to go to India, they bought my ticket.

Fingers crossed by the time you’re 18 we’ve all had a few more nights of sleep, you might have a sibling, we may have actually decided on somewhere to live, the Royal Baby will have finally been born, and I bet David Beckham’s now a really hot Granddad.

And I hope it wasn’t too much of a shock when you realised the relationship between two of your favourite 18 month things; ham and Peppa Pig.