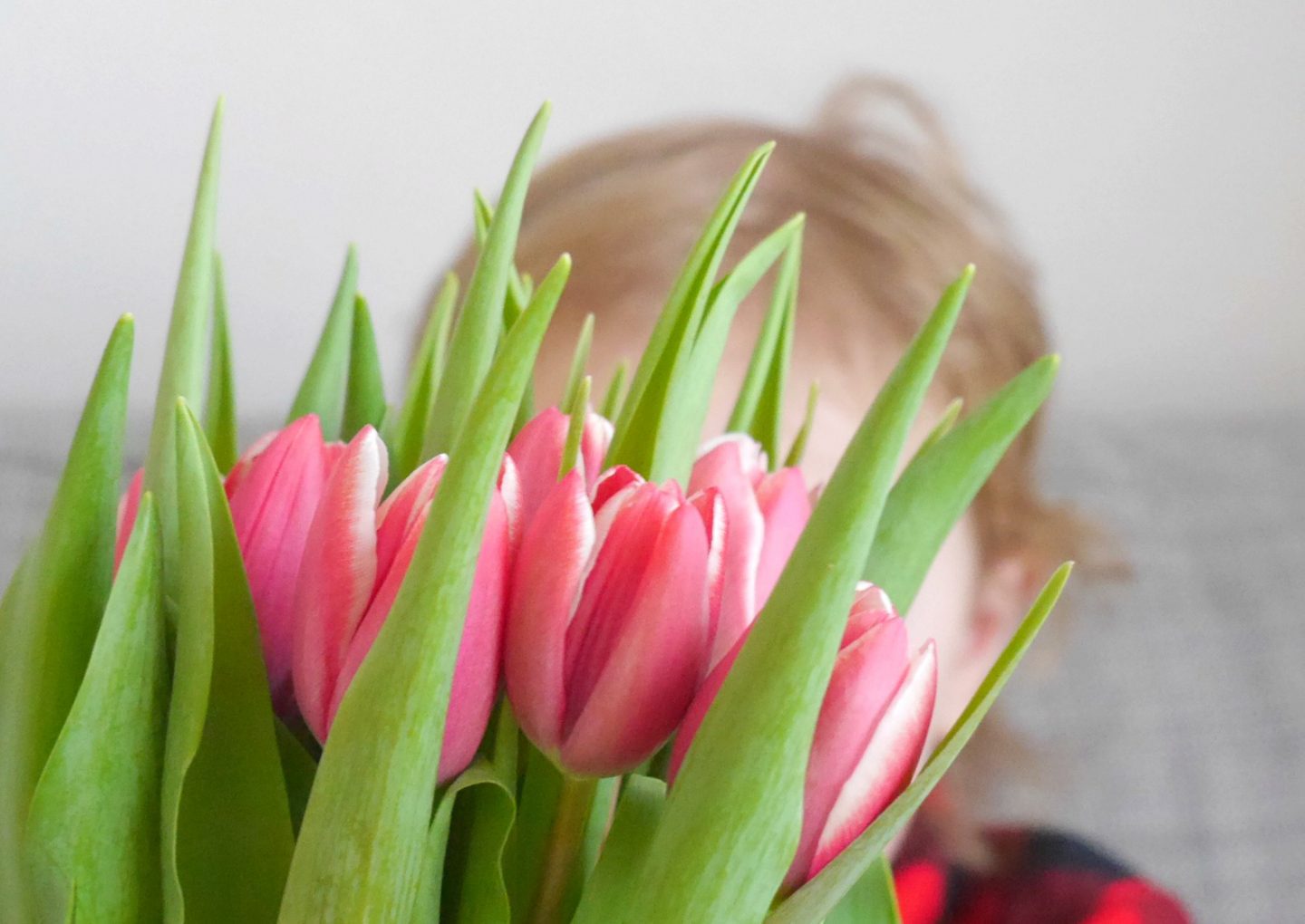 I feel like I should be inspired by the fresh start and new year but it never really works out like that, does it?! January means organising two birthdays in our house and also the incredibly dull tax return season (mine is DONE…stay awake at the back there!). So in lieu of a proper post, here’s a couple of little things we’ve been getting up to and some completely random thoughts on life in general:

Blue Monday or not, this is a pretty depressing week for the world and politics all round, isn’t it? I wrote about ways to shake off the parenting blues, bought lots of cheerful spring flowers and also liked this post from Emily with some suggestions of positive things to watch and listen to when the news is all too much.

Are you taking part in the Women’s March this weekend? We are celebrating birthday number one or I would be going = and taking the four-year-old – but here’s some info about ones taking place in London and across the UK.

We were sent the new book, Edie, by children’s author Sophy Henn, who wrote the utterly lovely Pass it On. The new book is about a little girl who likes helping out a bit too much. We have already read it about a zillion times; I also loved the way it makes you empathise with things from a child’s point of view (and it looks beautiful). 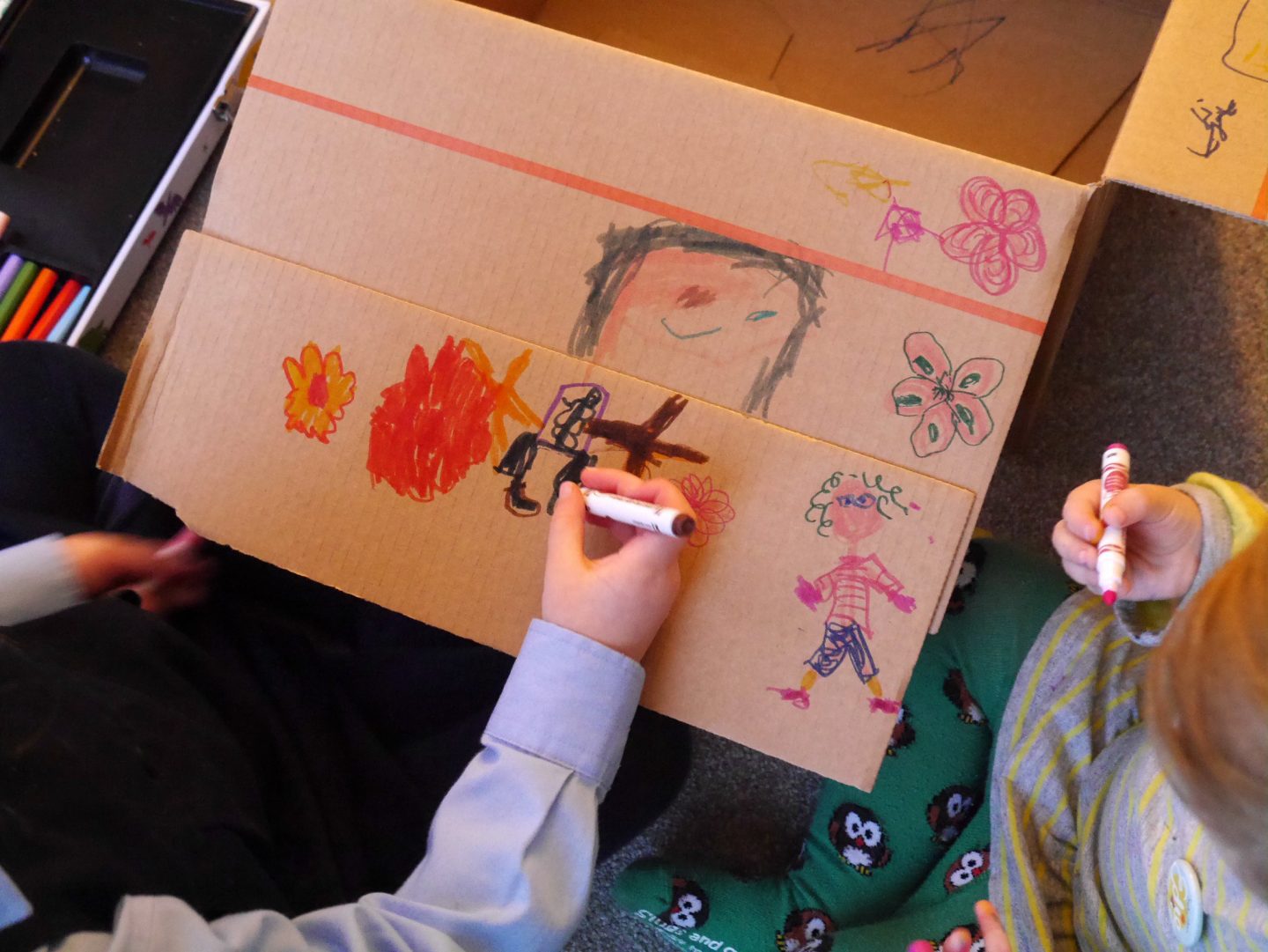 Here they are drawing their own Edie (on a Hello Fresh box – following our Hello Fresh review last year we’re working on a special project, more soon).

Other things we’ve done this week. Made a zillion slightly freaky puppets with magical superpowers, did a lot of colouring and watched the bin men (all over on my Instagram). 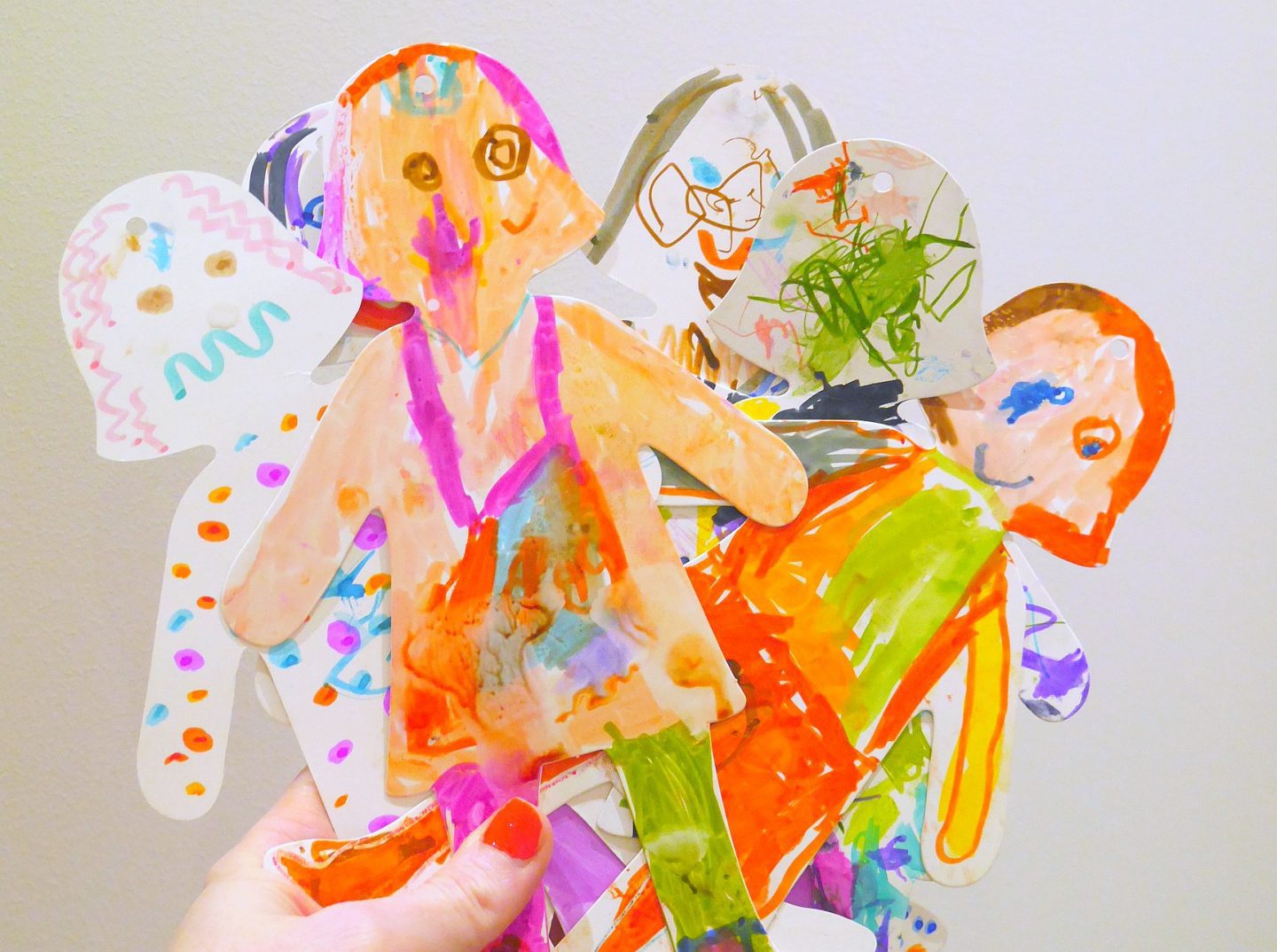 Have you seen the Worst Witch on CBBC? Total childhood flashbacks – did anyone not love those books when they were younger? We have watched it twice now. Also, one NOT for the children – Twin Peaks is coming back! That simultaneously fascinated and terrified me when it was on first. I’m already hiding behind the cushions in anticipation.

Here’s to a cheerful weekend of avoiding the news, whatever you get up to x.